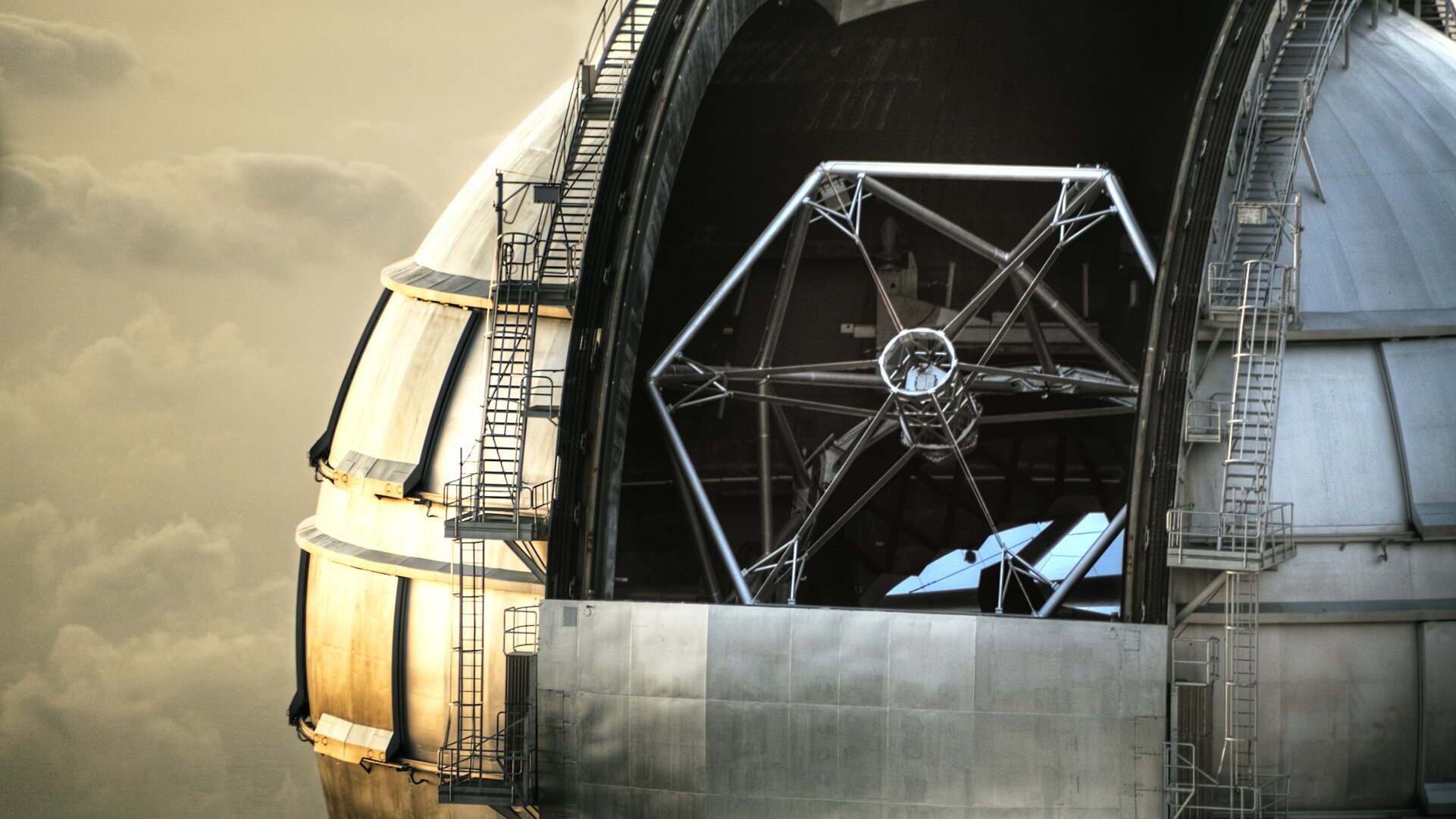 In the coming days the largest and most powerful telescopes in Europe and South America will be trained on a single spot in the sky, gathering details of twin asteroids to help guide the design of ESA’s proposed Hera mission, headed for the Didymos pair in late 2023.

Right now the Didymos asteroids are in opposition, meaning they are visible on the opposite side of the sky than the Sun. Currently some 145 million km from Earth, the main Didymos asteroid is around 780 m across with the smaller ‘Didymoon’ about 160 m across, orbiting around 1 km away from its parent.

At such a distance, even observed through our planet’s largest telescopes, the asteroid pair appear as no more than a single bright point – about 200 000 times fainter than the faintest stars visible to the naked eye. But tiny variations in that brightness over time can give vital insights into the Didymos system.

The observing campaign will commence over three nights from 8 March with the 10.4-m diameter Gran Telescopio Canarias telescope – the world’s largest single aperture optical reflector – located at the El Roque de los Muchachos Observatory on the island of La Palma, in the Canaries, Spain, and managed by the Instituto de Astrofísica de Canarias.

The observations will progress over the next four nights using the 4.2-m diameter William Herschel Telescope – Europe’s second largest optical telescope –at the same site.

In April the campaign will shift to the southern hemisphere, with three nights of observation during the month from the Very Large Telescope – an interlinked quartet of 8.2 m diameter telescopes – at the European Southern Observatory site on a flattened mountaintop in Paranal, Chile. These observations will be led by astronomers Benoit Carry of the Observatoire de la Côte d’Azur, in Nice, France and Colin Snodgrass of the UK’s Open University.

The observing campaign is being coordinated by a group of leading European astronomers, known as the Hera Remote Observations Working Group, supporting the planning of ESA’s Hera planetary defence mission.

“Didymos is at its  brightest at the moment, so we submitted a series of observing requests that were all accepted by the observatories,” explains astronomer Julia de Leon of the Instituto de Astrofísica de Canarias.

“The asteroids are too far away to resolve any features directly, but we use advanced CCD light detectors to measure small changes in brightness over time, which we can then convert into ‘lightcurves’. These are patterns of light shifts which we can employ in turn to derive details of the Didymos system.”

The collective brightness of the pair varies as the two objects rotate, and also as Didymoon passes in front of, then behind, Diymos. Sharpening the lightcurves through fresh observations should yield valuable new information.

“To achieve this, we really need the largest aperture, best telescopes in the world,” comments astronomer Petr Pravec of Ondřejov Observatory in the Czech Republic. “We need enough precision to pinpoint tiny details in the shape of the lightcurve. In particular, the shape and rotation of the secondary asteroid is still unknown.”

Pravec, together with Petr Scheirich from the same institution, is in charge of analysing the lightcurve data to interpret it and model the binary asteroids.

As astronomer Alan Fitzsimmons, of the UK Queen's University Belfast, notes: “We assume Didymoon is tidally locked to its parent like our own Moon, which always presents the same face to Earth, but we want to be sure as the Hera mission design gets underway.

“This is especially important as the state of the Didymos system is set to change after 2022, when the US DART spacecraft will impact Didymoon in a historic first test of asteroid deflection techniques. Then in 2026 Hera arrives to take a close-up look.”

Hera is being designed to gather essential knowledge to develop planetary defence techniques that is impossible to be gleaned from astronomical observations alone, or the imagery DART returns before its collision (the US spacecraft will also carry an Italian-made 'SelfieSat' CubeSat). Chief among these are the mass of Didymoon and the size and shape of the crater left by DART's impact.

A parallel group of US astronomers is supporting the DART mission, undertaking their own campaign, and the two groups coordinate observations and share data.

“We were involved in preparations for the Asteroid Impact Mission, and decided to keep involved for Hera,” notes astronomer Simon Green of the Open University.

“No binary asteroid system has been studied in detail by a spacecraft, so Hera’s close investigation should return a wealth of information – as well as increasing our knowledge of planetary defence.”