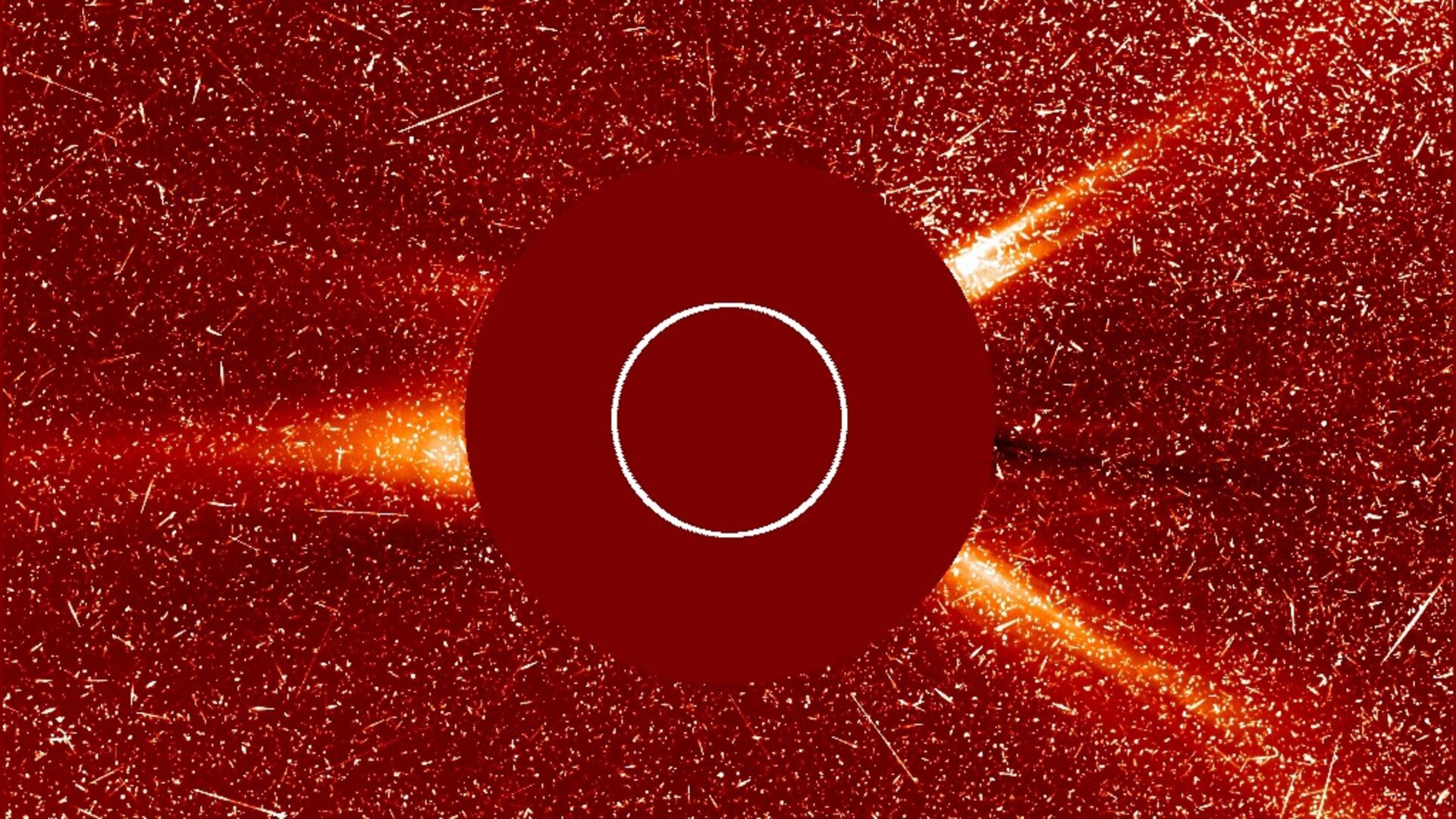 The Sun’s recent activity has caught the interest of scientists and space weather forecasters worldwide, highlighting the need to keep a watchful eye on our star and its awesome power.

On 6 and 10 September, our Sun produced a pair of solar flares, the strongest observed in over 10 years. They were accompanied by huge eruptions of billions of tonnes of matter into space.

While many such eruptions fall back onto the hot surface, these two did not and became ‘coronal mass ejections’ (CMEs) – clouds of electrically charged atomic particles escaping the Sun and expanding into interplanetary space.

This cloud containing protons, electrons and heavy ions can be detected by sensors on satellites around our planet and on probes in interplanetary space.

The flares and accompanying CMEs burst out of an ‘active region’ on the Sun’s photosphere, which is the surface we see from Earth.

“Although these eruptions are very difficult to predict, and the active region that produced these events has now rotated around to the far side of the Sun, we are keeping watch on the situation, particularly when the active region rotates back into view.”

The first eruption occurred on 6 September, and produced a severe geomagnetic storm when it reached Earth on the evening of 7 September. Its arrival was detected by a number of ESA and NASA spacecraft watching our Sun or orbiting Earth.

The arrival also gave rise to increased auroras on 7 and 8 September, visible as far south as northern Germany in Europe and the northern USA in North America.

The flare and CME were accompanied by a flood of energetic atomic particles from the Sun. These could be detected by satellites in orbit, but not at ground level owing to the shielding effect of our atmosphere.

The second eruption occurred on 10 September (see video above). This was associated with a large solar flare that also emitted a strong pulse of X-rays and a flood of extremely high-speed protons, some travelling near to the speed of light.

This CME was faster than the first one, but it, too, travelled off the direct Sun–Earth path and only a tail end of it washed across our planet on 12 September.

This event caused a strong increase in energetic particles, with increased levels of radiation detected at Earth’s surface by monitoring networks, and a moderate geomagnetic storm was observed on 12 and 13 September.

Effects on satellites and communications

The radiation that arrived in advance of the second CME was sufficient to cause the navigation cameras on some satellites to be temporarily blinded, and was expected to disrupt radio communications temporarily at high latitudes.

In one case, ESA’s Integral satellite, an orbiting gamma-ray observatory whose instrument electronics are especially sensitive to radiation, had to rely on its onboard autonomy to configure its instruments into a ‘safe mode’, to wait until radiation levels fell.

“Our instruments were off during one 64-hour revolution, which unfortunately meant that we lost some high-priority observing time,” says Integral operations manager Richard Southworth. “They instruments were reactivated with no sign of damage.”

“The false detections can be removed from the data catalogue and Gaia continues working very well.”

Keep an eye on the Sun

The second event was also notable because it emanated from an active region on the Sun that had already rotated across the disc as seen from Earth, and disappeared out of view very soon afterwards.

“We have no spacecraft on that side of the Sun to keep an eye on current activity,” says Juha-Pekka.

“What we really need are more ways to view the side of the Sun that is rotating to face Earth, which would enable us to improve our forecasting and predictions.”

ESA is already defining a future mission to the Sun that would improve our space weather monitoring and forecasting capability.