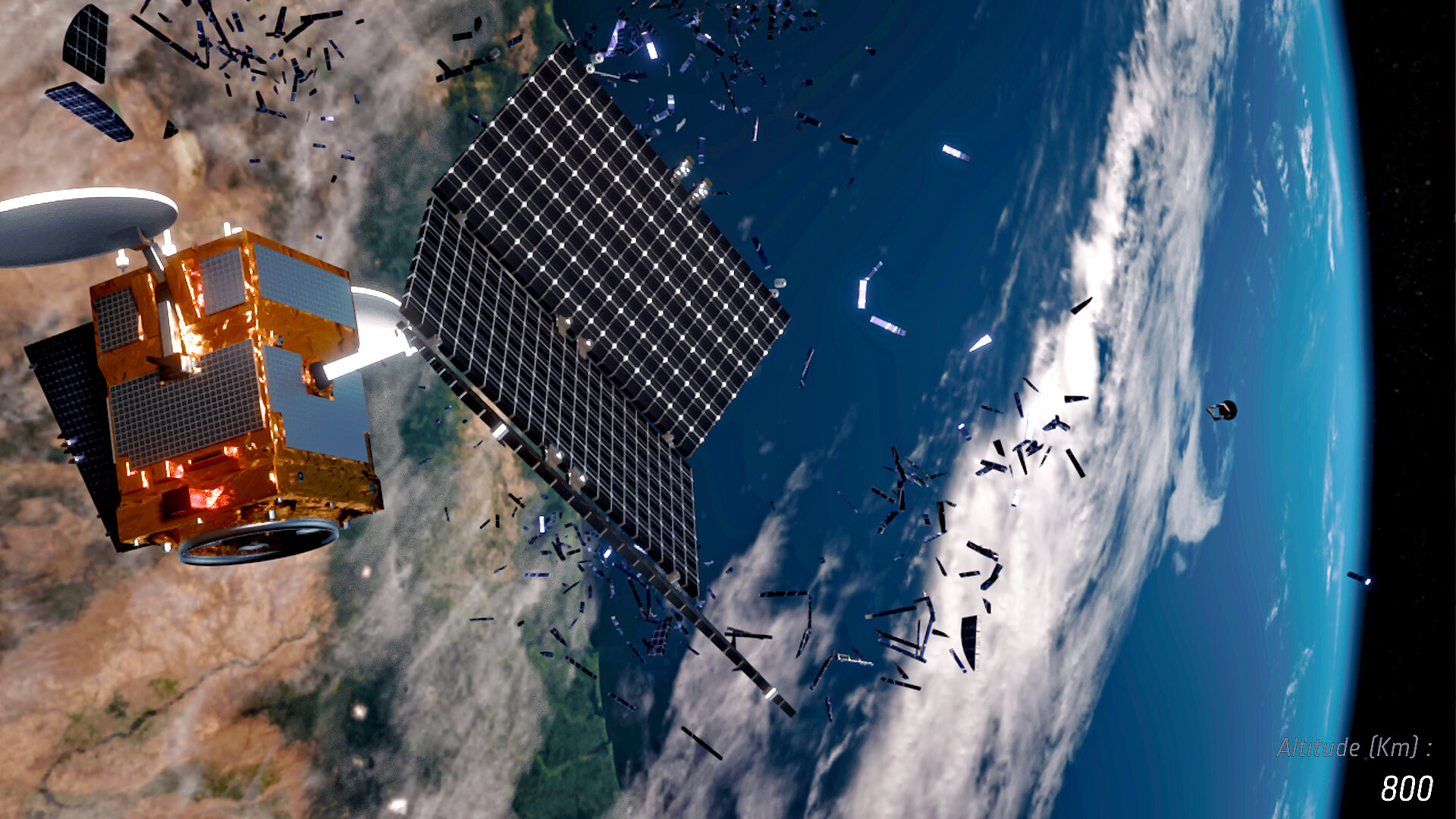 With more than 750 000 pieces of dangerous debris now orbiting Earth, the urgent need for coordinated international action to ensure the long-term sustainability of spaceflight is a major finding from Europe’s largest-ever conference on space debris.

“We require a coordinated global solution to what is, after all, a global problem that affects critical satellites delivering services to all of us,” said Brigitte Zypries, German Federal Minister for Economic Affairs and Energy, at a press briefing on the conference’s closing day in Darmstadt, Germany.

“In order to enable innovative services for citizens and future developments in space, we must cooperate now to guarantee economically vital spaceflight. We must sustain the dream of future exploration,” he said.

The call for international action came on the final day of the European Conference on Space Debris, a gathering of over 350 participants from science, academia, industry and space agencies worldwide held at ESA’s mission control centre, where the ESA Space Debris Office and the SSA effort are based.

Findings from the week-long meeting were presented to media in front of Minister Zypries, who is also the German national aerospace coordinator, and Director General Woerner by senior ESA managers and representatives from the national space agencies of Italy, France, Germany and the UK, as well as the Committee on Space Research and the International Academy of Astronautics.

The latest results of debris research were featured, especially the safe disposal of retired satellites and rocket stages and the still uncertain challenges posed by satellite megaconstellations being considered by commercial operators.

“Only about 60% of the satellites that should be disposed of at the end of their missions under current guidelines are, in fact, properly managed,” noted Holger Krag, head of ESA’s debris office.

Researchers also confirmed there is now a critical need to remove defunct satellites from orbit before they disintegrate and generate even more debris.

“This means urgently developing the means for actively removing debris, targeting about 10 large defunct satellites from orbit each year, beginning as soon as possible – starting later will not be nearly as effective,” said Dr Krag.

Since 1957, more than 5250 launches have led to a population today of more than 23 000 tracked debris objects in orbit. Only about 1200 are working satellites – the rest are debris and no longer serve any useful purpose.

Many derelict craft have exploded or broken up, generating an estimated 750 000 pieces larger than 1 cm and a staggering 166 million larger than 1 mm.

“In orbit, these objects have tremendous relative velocities, faster than a bullet, and can damage or destroy functioning space infrastructure, like economically vital telecom, weather, navigation, broadcast and climate-monitoring satellites,” said Dr Krag.

Working for the future

Launched in 2009, SSA is developing software, technologies and precursor systems to test a fully European surveillance network that will ensure independent data on space infrastructure.

Additionally, the Agency is developing new technologies under the Clean Space initiative that promise a significant reduction in the creation of space pollution at all stages of space activities.

“The sustainable use of space has been persuasively shown to be at risk, and the status quo is obviously no longer acceptable. We must now start removing dead satellites.”