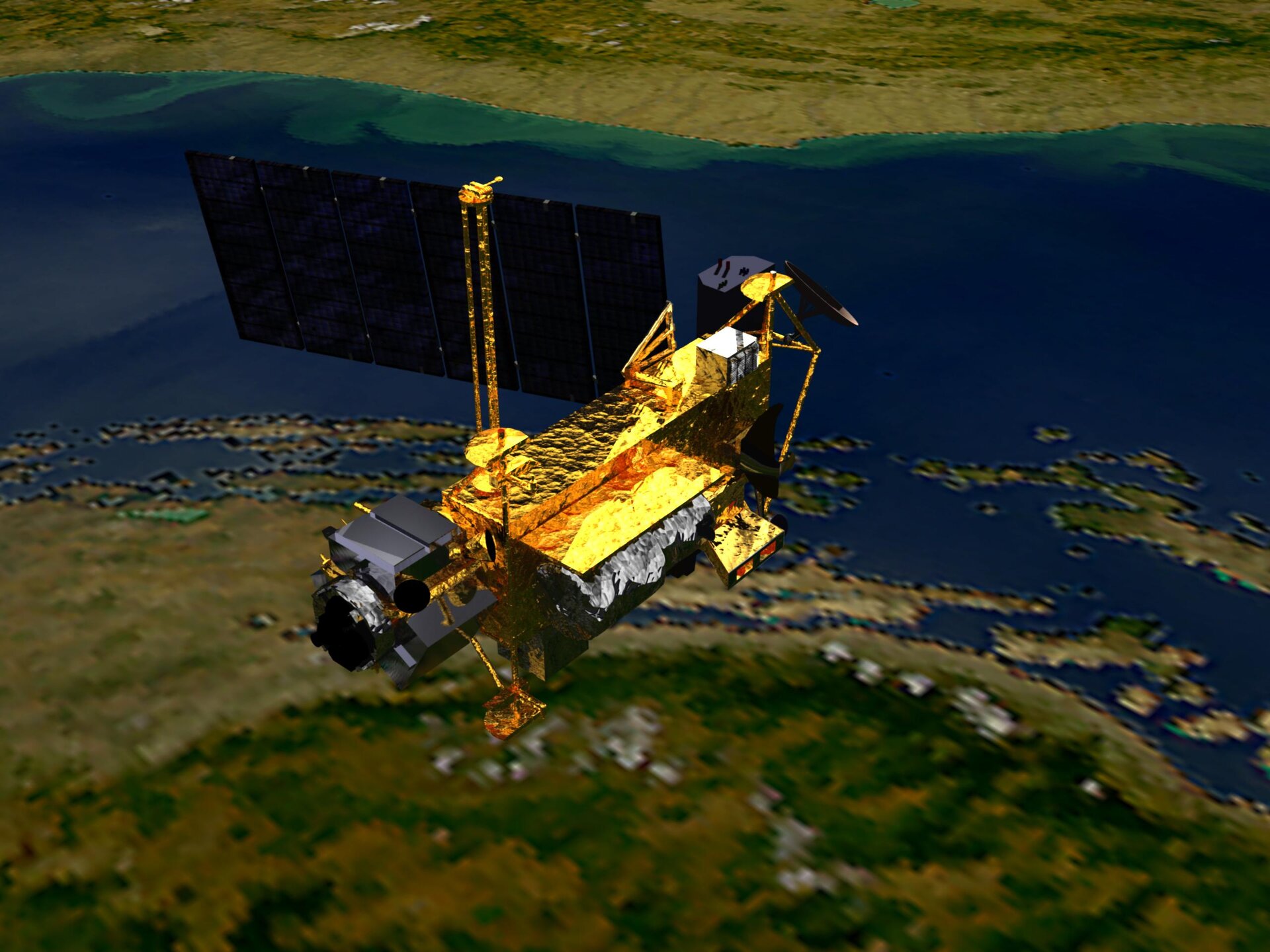 (Updated 10 October 2011) ESA closely monitored the reentry on 24 September of the UARS observatory satellite. The Agency's Space Debris Office worked with NASA and international partners in a coordinated prediction and risk-assessment exercise.

NASA's non-operational Upper Atmosphere Research Satellite (UARS) reentered Earth's atmosphere on 24 September 2011 between 05:23 and 07:09 CEST. The precise reentry time and location of debris impacts from the 5.6-tonne satellite have not been determined. No injuries or damage have been reported.

Since the beginning of the space age, there has been no confirmed report of an injury resulting from reentering space objects.

"Atmospheric drag reduced the satellite's speed from 27 000 km/h such that the remaining fragments might have reached the surface at just 200 km/h," said Prof. Heiner Klinkrad, Head of ESA's Space Debris Office.

The reentry was closely monitored by ESA experts working with international partners in a technical body known as the Inter-Agency Debris Coordination Committee (IADC).

IADC is an inter-agency forum for the worldwide coordination of activities related to the issues of man-made and natural debris in space. Member agencies include ESA, NASA, European national agencies and the Russian, Chinese, Canadian, Japanese, Ukrainian and Indian space agencies.

In recent years, IADC members have developed a data communication network specifically supporting hazardous reentry risk assessment, which allows the exchange of tracking data and the refinement of reentry predictions in the event of an expected reentry.

The server for the network is located at ESOC, ESA's Space Operations Centre, Darmstadt, Germany, where it is managed by the Space Debris Office.

"Last week's reentry did not meet IADC's scientific criterion as a 'risk object'. However, the network is exercised annually, and, upon NASA's initiative, the UARS reentry was selected by IADC as a target for the 2011 exercise," said Klinkrad.

"No NASA human casualty reentry risk limits existed when UARS was designed, built, and launched. Today, ESA and many IADC members seek to limit human injury reentry risks to below 1 in 10 000. This is reflected in the long-standing interest in space debris mitigation and debris detection by ESA and other spacefaring organisations."

Results of the UARS reentry exercise will be used by IADC members to improve reentry models and make predictions more accurate.

For more than 20 years, the Space Debris Office has been working closely with international partners to improve the understanding of orbital debris, work on mitigation measures and share research results.

In 2009, ESA launched the Space Situational Awareness Preparatory Programme (SSA-PP), aiming to increase Europe's capabilities to detect, predict and assess the risk to life and property due to man-made space objects, reentries, on-orbit collisions, potential impacts of Near Earth Objects, and the effects of space weather.

"One role of the SSA programme is to further develop European capabilities that will provide Europe accurate follow-up and reentry predictions of these kinds of events," says Nicolas Bobrinsky, Head of the SSA-PP Office.

"A longer warning time and more accurate predictions will assist civil authorities to react in the most appropriate manner, protecting people and property on Earth."