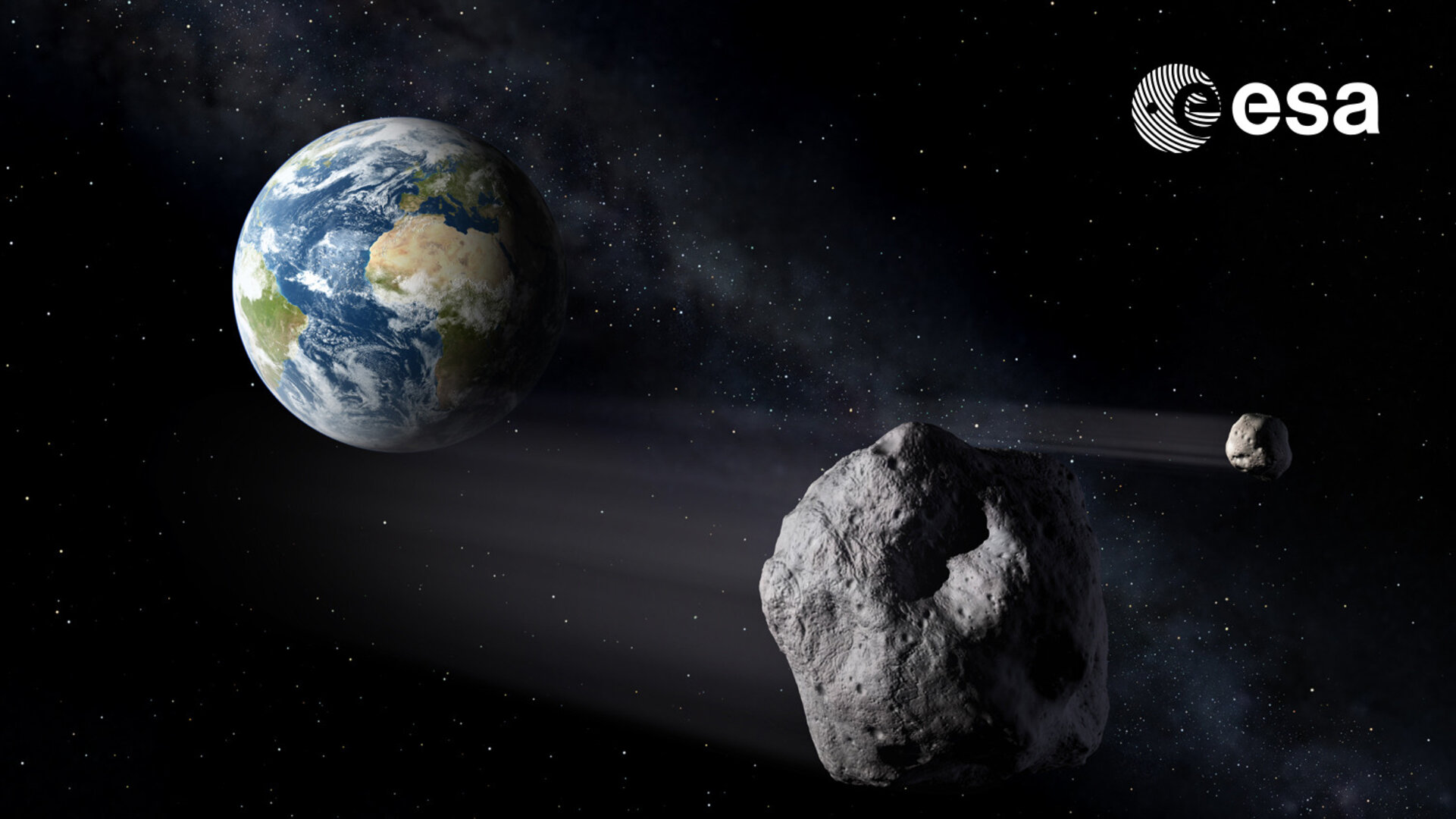 A little-known asteroid will skim past Earth on 15 February, passing just 28 000 km from our planet. The 50 m-diameter chunk of space rock was discovered last year by ESA-sponsored amateur astronomers in Spain.

Details of the ancient asteroid, 2012 DA14, are sketchy – no direct measurements of its size are available. From its brightness, scientists estimate its diameter at 50–80 m. Its composition is unknown and its mass is thought to be of the order of 130 000 tonnes.

What is known is that it will not impact Earth anytime soon.

“These computations show that a collision with Earth can be excluded quite safely at least for this century.”

On 15 February, the asteroid will make its closest pass to our planet this century when it flies by at 7.8 km/s at a distance of just within 28 000 km.

The asteroid will make its closest approach at around 19:40 GMT (20:40 CET) on Friday evening next week. While tiny against the vastness of our Solar System, it should be visible in Europe to anyone with a good pair of binoculars and an idea of where to look (see link to details below).

The asteroid was discovered by the La Sagra Sky Survey, which is supported by ESA’s Space Situational Awareness programme, on 22 February 2012. The observatory is in southeast Spain, near Granada, at an altitude of 1700 m, one of the darkest, least light-polluted locations on the European mainland.

The small size and previously unknown orbit of 2012 DA14 meant that it was spotted only after it had flown past Earth at about seven times the distance of the Moon.

“If this object were made of iron and it were to hit our planet, it could create a crater comparable to the 1.5 km Meteor Crater near Flagstaff, Arizona, for example,” says Detlef. ”However, it won’t.”

Finding near-Earth objects (NEOs) like these – passing close to our planet and large enough to do damage if they were to enter our atmosphere – is a major goal of ESA’s Space Situational Awareness (SSA) programme.

The SSA office sponsors a number of astronomer groups in Europe, supporting their local surveys or allocating observation time at ESA’s own telescope on Tenerife, Spain. The office also provides access to orbit predictions, close flyby details and related data via its technical web site at http://neo.ssa.esa.int.

The discovery of 2012 DA14 was particularly significant for the Agency’s SSA office because it is typical of the estimated half a million undiscovered NEOs up to 30 m across.

“Our SSA programme is developing a system of automated optical telescopes that can detect asteroids just like this one,” says ESA’s Nicolas Bobrinsky, SSA programme manager.

“In cooperation with survey efforts worldwide, our goal is to spot NEOs larger than 40 m in size at least three weeks before closest approach to Earth.”

To achieve this, ESA teams supported by European industry are developing a system of automated 1 m-diameter telescopes capable of imaging the complete sky in one night.