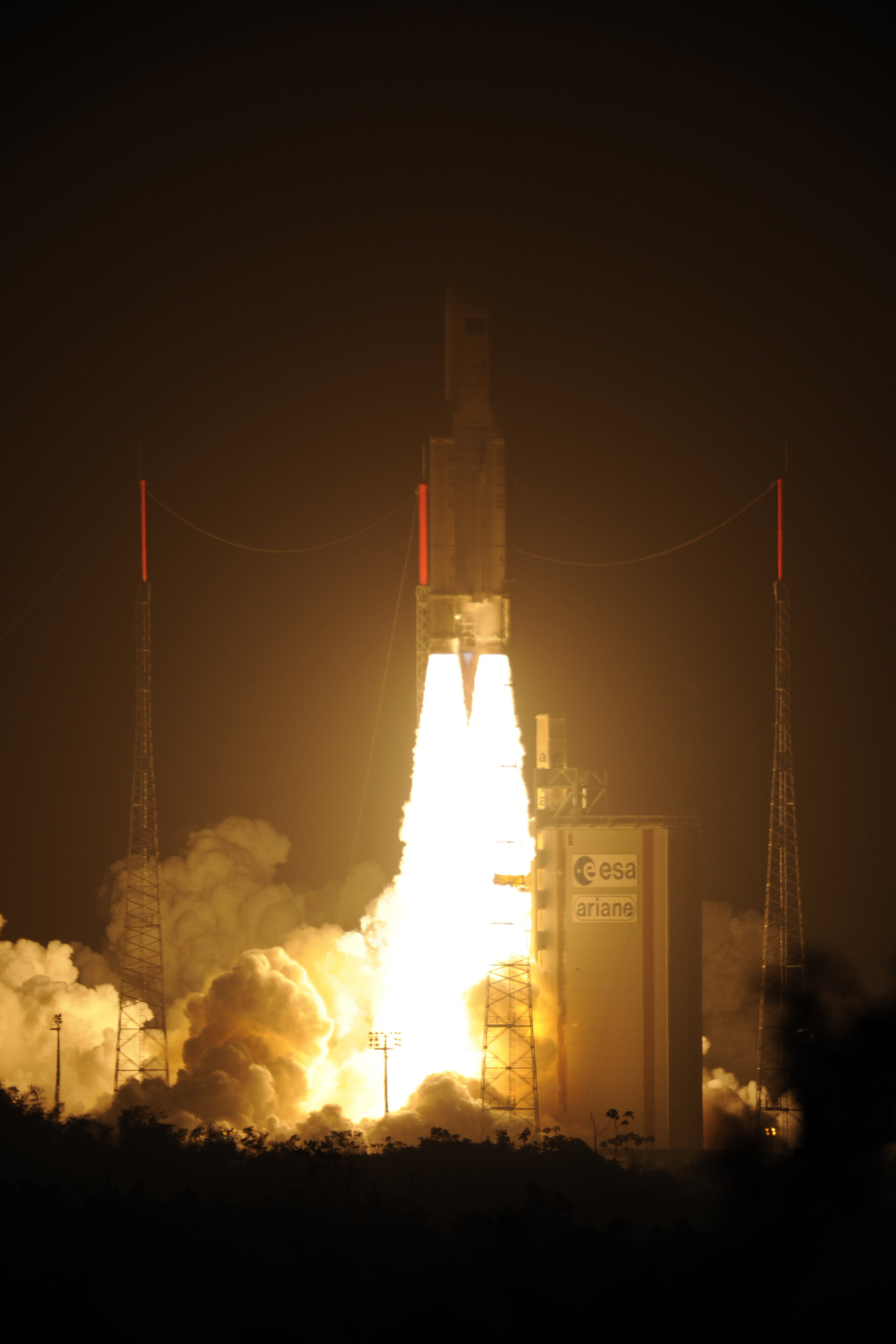 The Automated Transfer Vehicle, the most complex spacecraft ever produced in Europe, is now en route to deliver essential supplies to the orbital outpost. It will also reboost the Space Station’s orbit while it is attached for about five months.

ATV Edoardo Amaldi is the third in a series of five supply ships developed in Europe to fulfil its obligation towards the exploitation costs of the Station.

This vessel is the first to have been processed and launched within the target rate of one per year.

“Europe providing an annual service to the Station becomes a reality due to the dedication, competence and interaction of our space industry, national agencies and ESA,” said Jean-Jacques Dordain, ESA’s Director General.

“We are proud that ESA is providing the most sophisticated vehicle servicing the Space Station,” said Thomas Reiter, ESA’s Director of Human Spaceflight and Operations.

“Based on the capabilities and knowhow that ESA and European industry developed in the context of the ATV programme, we have now the opportunity to further evolve this technology. This will open up a wide range of opportunities for us to contribute to future ventures in space exploration.”

The launcher with its 20-tonne payload started its flight over the Atlantic towards the Azores and Europe.

An initial eight-minute burn of Ariane’s upper stage took ATV-3 into a low orbit inclined at 51.6 degrees to the equator.

After a 42-minute coast, the upper stage reignited to circularise the orbit at an altitude of 260 km. About 64 minutes into flight, the supply ship separated from the upper stage.

Edoardo Amaldi is now making a series of manoeuvres to rendezvous with the Space Station on 28 March at the projected time of 22:34 GMT (00:34 CEST) where it will dock under its own control with Russia’s Zvezda module.

During the mission, the ferry is being monitored by the ATV Control Centre (ATV-CC), in collaboration with Space Station control centres in Moscow and Houston. ATV-CC is located in Toulouse, France, on the premises of the French space agency, CNES.