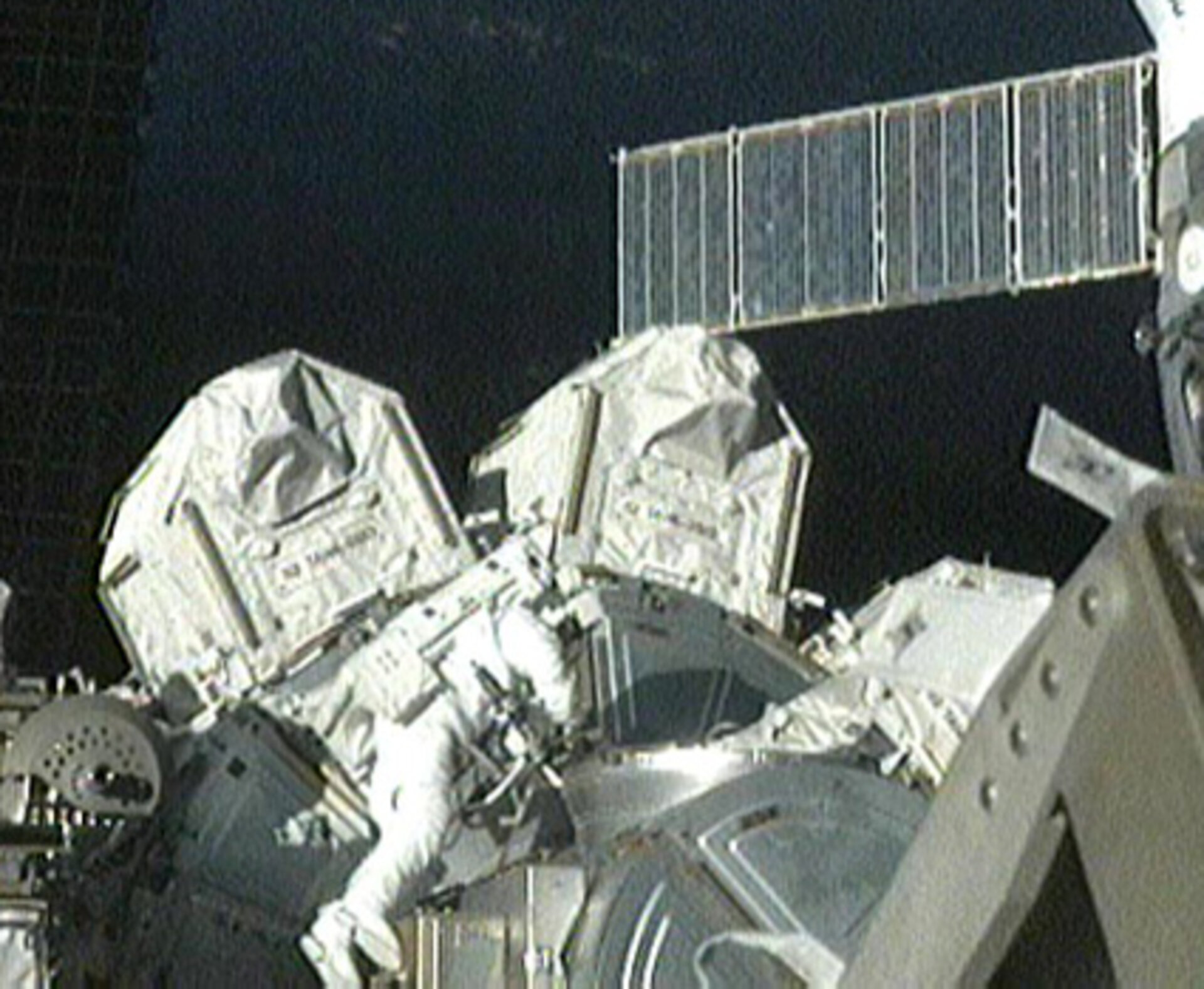 The spacewalk got underway slightly earlier than scheduled at 22:39 CEST on Saturday evening. Olivas was first to exit the International Space Station through the Quest Airlock some ten minutes ahead of schedule. Fuglesang followed Olivas outside shortly afterwards as the Station passed over northern Argentina.

Their first task outside the ISS was to deploy a platform on the Station's truss, or backbone structure. This platform will be used to attach a cargo pallet during November's STS-129 mission. Next they replaced a failed rate gyro system in the centre of the Station's truss. The rate gyro assembly helps the Station to determine its position relative to the Earth and to maintain the Station's attitude.

They also installed two Global Positioning System antennas, replaced a remote power control module and installed an insulation sleeve on a cable inside the truss.

The spacewalkers also did some work to prepare for the installation of European-built Node 3 next year. During connection of one of two sets of avionics cables for Node 3, one of the connectors could not be mated. This cable and connector were wrapped in a protective sleeve and safed. All other cables were mated successfully.