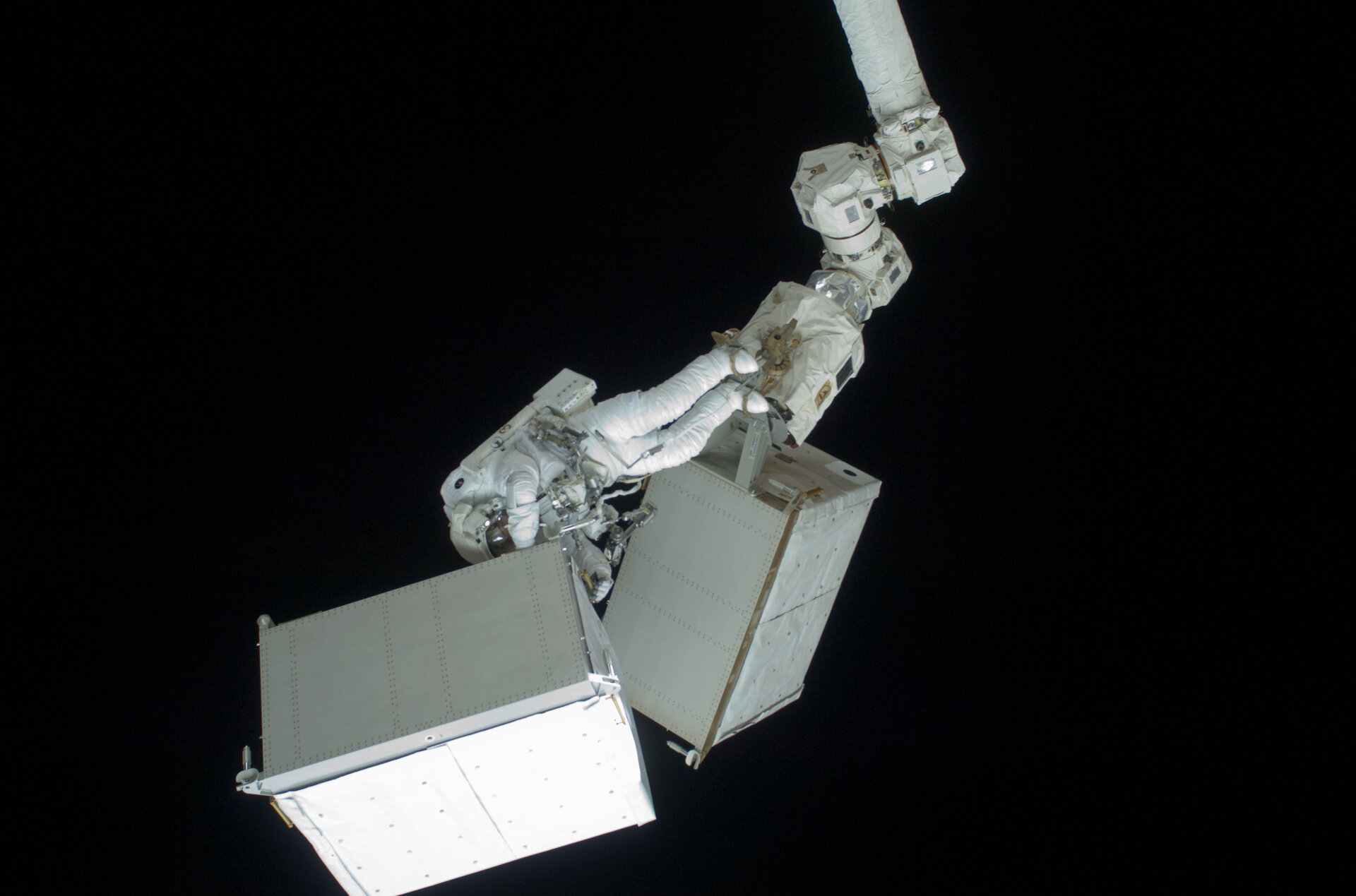 ESA astronaut Christer Fuglesang will tonight take part in the third and final STS-128 spacewalk. He is set to venture outside the International Space Station at 22:49 CEST together with NASA astronaut John Olivas.

Scheduled to last six and a half hours, the two spacewalkers will have a number of tasks to take care of. These include the deployment of an attachment system that will be used to hang spare parts on the Station's truss, or backbone structure.

The spacewalkers had planned to string out cables in preparation for the arrival of the European-built Tranquility node in 2010. During the second STS-128 spacewalk, Olivas and Fuglesang found that the cables appeared to be in an incorrect configuration to reach properly for relocation. This task has now been deferred.

The spacewalk is expected to end at 05:19 CEST on Sunday morning when the spacewalkers are due to return to the Quest Airlock and reenter the ISS.

This will be Fuglesang's fifth spacewalk. His total spacewalk time to date, including the second STS-128 spacewalk early on 4 September, stands at 24 hours 53 minutes.

The spacewalk can be followed live on NASA TV: http://www.nasa.gov/ntv.