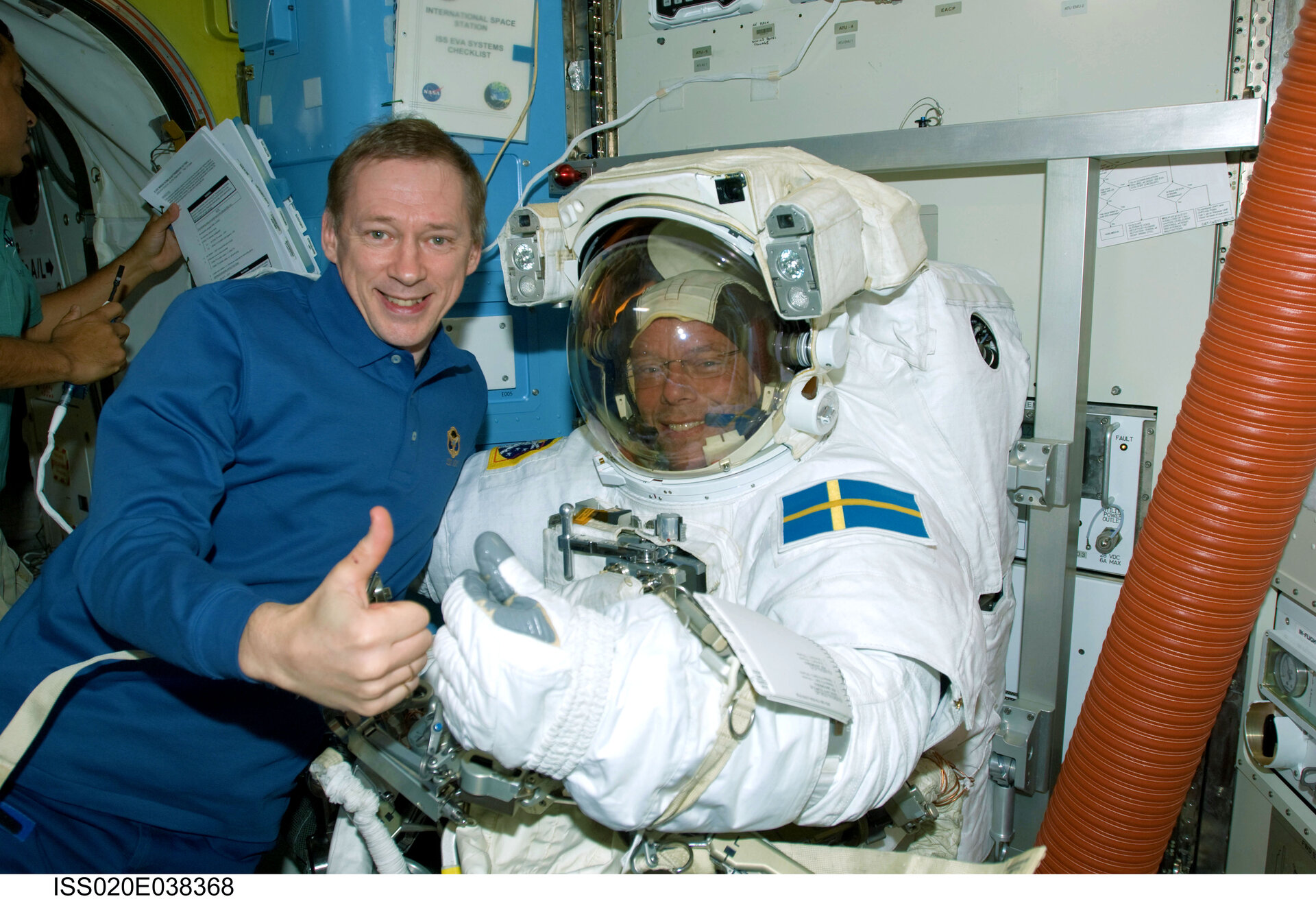 With the STS-128 mission coming to an end, the European-built Leonardo cargo module will tonight be unberthed from the International Space Station and placed in Space Shuttle Discovery's payload bay for return to Earth. A few hours later, the two crews will say they farewells before the hatches between the two vehicles are closed.

The 13 crewmembers on Discovery and the International Space Station completed final transfer work between the two spacecraft Sunday in preparation for Monday afternoon’s scheduled return of the Leonardo Multi-Purpose Logistics Module (MPLM) to the orbiter’s payload bay.

With Leonardo packed with items for return to Earth, the two crews were able to spend some free time together.

Early on Monday, ESA astronauts Christer Fuglesang and Frank De Winne gathered in the European Columbus laboratory for a special event with representatives from Sweden.

Once the transfer of Leonardo is completed, hatch closure is scheduled to take place at 04:49 CEST on Tuesday 7 September. Discovery is set to undock from the International Space Station later the same day at 21:26 CEST.

Both events can be followed live on NASA TV: http://www.nasa.gov/ntv.