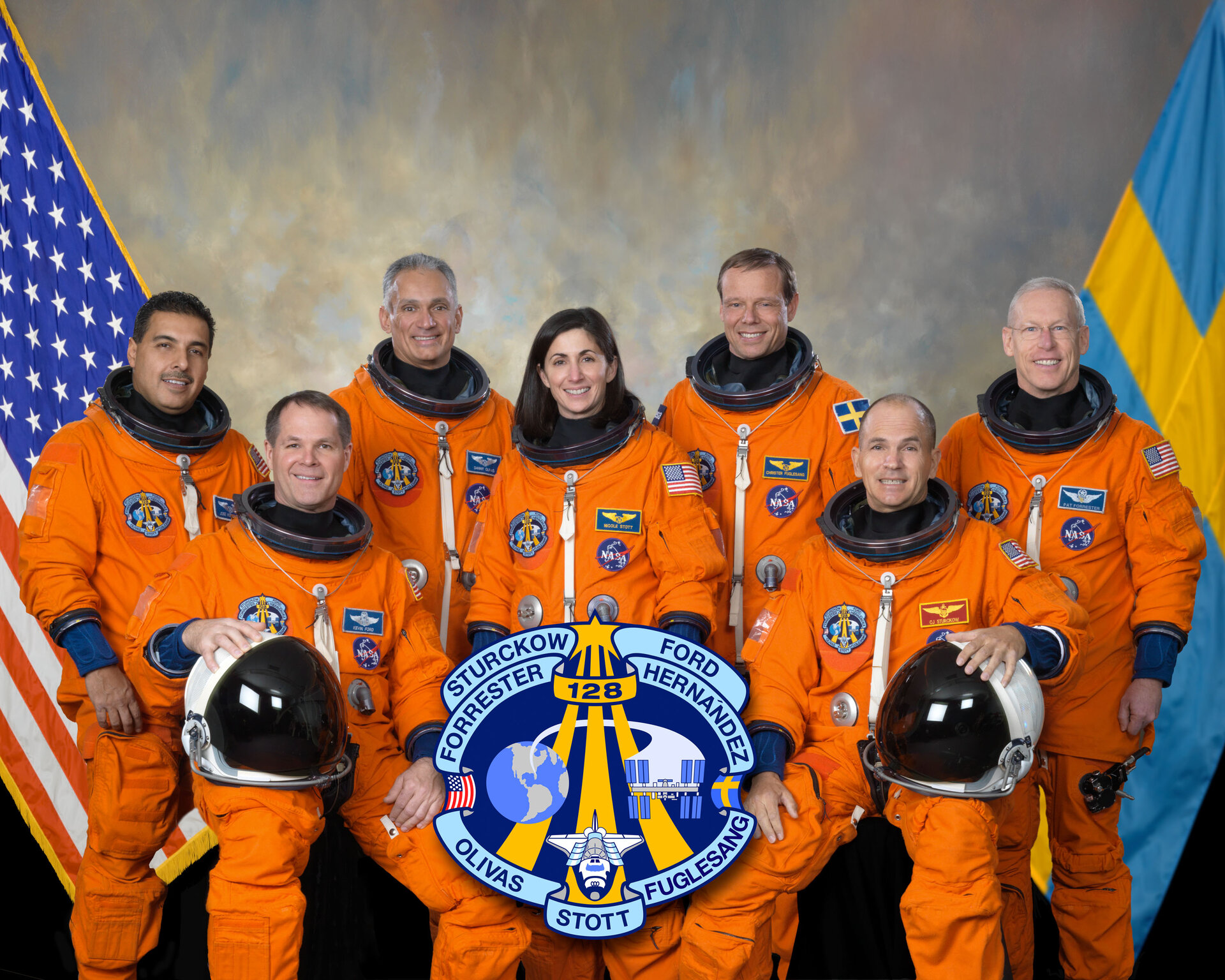 Some 45 hours after liftoff from NASA's Kennedy Space Center in Florida, Discovery arrived at the International Space Station (ISS) at 02:54 CEST. Following leak checks, the hatches between the two spacecraft were opened at 03:33 CEST and the two crews greeted each other, starting nine days of joint operations.

Among Discovery’s seven passengers is ESA astronaut Christer Fuglesang, from Sweden, while the six ISS hosts include ESA astronaut Frank De Winne, from Belgium, who has been a member of the resident Station crew since his arrival last May, for ESA’s OasISS Mission.

This is only the second time two ESA astronauts have met on the ISS. On his first flight in December 2006, Fuglesang was welcomed to the orbital outpost by Thomas Reiter – the first ESA astronaut to be a member of an ISS Expedition crew.

One of the first tasks after docking was to exchange the Soyuz seatliners of NASA astronauts Nicole Stott and Timothy Kopra. Stott now is a member of the ISS Expedition 20 crew, and Kopra is a member of Discovery’s crew. Stott will remain on the Station until her return home with Space Shuttle Atlantis in November. Kopra will return to Earth with Discovery on 10 September.

The primary tasks of Discovery's STS-128 mission are to continue ISS assembly and to deliver supplies to sustain the six-strong resident crew. Activities today centre around the transfer of Leonardo, the Italian-built Multi-Purpose Logistics Module (MPLM), from the Shuttle's payload bay to its temporary docking location on the nadir port of the ISS Harmony module.

The STS-128 crew will also participate in three spacewalks during their stay – the first of which is scheduled take place early on Tuesday 1 September.

During the first spacewalk, NASA astronauts John Olivas and Nicole Stott will prepare for the replacement of an empty ammonia tank on the Station's port truss, or backbone, by releasing its bolts. They will also retrieve NASA's materials processing experiment (MISSE) and the European Technology Exposure Facility (EuTEF) from the outside of the European Columbus laboratory. Both will be returned to Earth inside Discovery's cargo hold.

Fuglesang is set to take part in the mission's other two spacewalks; these are scheduled to take place on Thursday 3 September and Saturday 5 September.