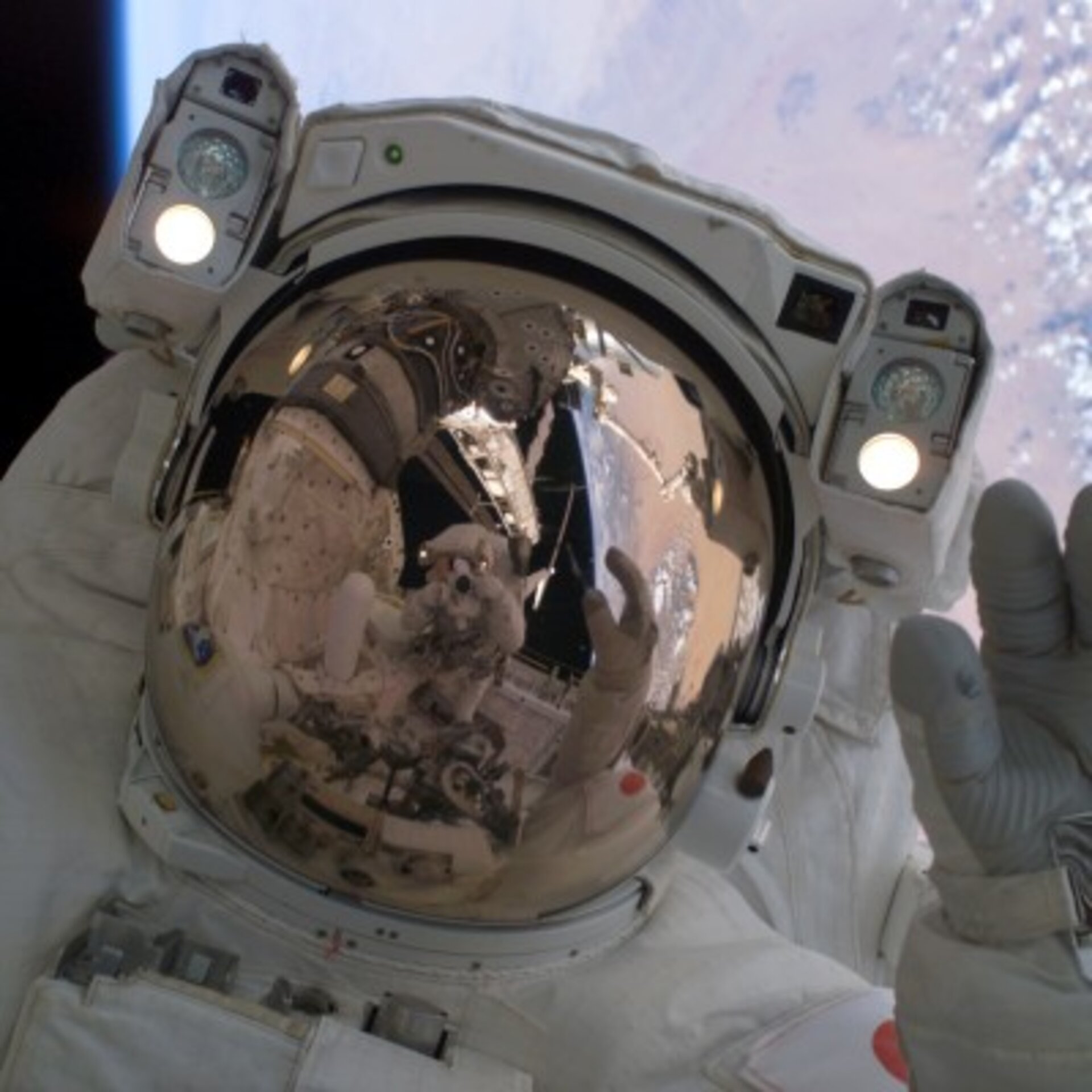 ESA PR 29-2006. On 3 August at 15:55 CEST, ESA astronaut Thomas Reiter will step out of the International Space Station to begin a 6½ hour spacewalk (extra-vehicular activity).

During this time, he and fellow NASA crew member Jeff Williams will install items of hardware in preparation for future ISS assembly work and will also set up for deployment a number of instruments and experiments mounted on the outside of the Station. This will be Reiter’s third EVA, having already carried out two spacewalks on his EuroMir 95 mission in 1995.

Following the Shuttle Discovery’s successful STS-121 mission earlier this month and Thomas Reiter’s arrival onboard the ISS, for the first time since May 2003 the Station is now back up to a permanent crew of three. Reiter’s fellow crew members on ISS Expedition 13 are Russian commander Pavel Vinogradov and NASA science officer Jeff Williams.

Station operations and maintenance take up a considerable proportion of Expedition 13 time. Since Discovery departed from the ISS on 15 July, the crew has in addition to that been busy conducting experiments and trials in a wide variety of fields including the human life sciences, physical sciences and Earth observation as well as education and technology demonstration.

Station assembly work will include preparations for expanding the Station’s main truss and installing additional solar arrays. The next Shuttle mission, STS-115, is scheduled to proceed during Expedition 13 and will resume major assembly of the Station. The Shuttle and Station crews will work together to add items to the port truss structure. In late August Reiter will become a member of the Expedition 14 crew, when a Soyuz mission exchanges Vinogradov and Williams for Michael Lopez-Alegria (commander) and Mikhail Tyurin (flight engineer). Expedition 14 will also see the arrival of two unpiloted Russian Progress cargo ships and the STS-116 mission with ESA astronaut Christer Fuglesang of Sweden on board.

Two spacewalks are planned during Reiter’s stay: one US, the other Russian. They will focus on the continued fitting-out of the Station to prepare external hardware for the installing of additional Station elements and to prepare for external science experiments.

The first of the two spacewalks will take place on Thursday 3 August between 15:55 and 22:15 CEST and will feature Thomas Reiter and Jeff Williams. They will wear US spacesuits, Reiter’s (EV2) plain white and Williams’ (EV1) with red stripes.

During their activity outside, the astronauts will set up external hardware including the Floating Potential Measurement Unit (FPMU) designed to monitor ISS electrical charging to ensure better rendez-vous and docking and EVA safety, and two Materials International Space Station Experiments (MISSE 3 and 4). Reiter and Williams will prepare Station truss components for future assembly work by installing a motor controller on the thermal radiator rotary joint and deploying the new EVA infrared camera to monitor the condition of critical reinforced carbon-carbon material.

The first half-hour of the EVA is a preparatory phase devoted to airlock depressurisation, egress through to the outside and set-up tasks. This is followed by the installation of the FPMU, lasting about two hours. Setting-up MISSE 3 and 4 will then take approximately one hour. Motor controller installation on the thermal radiator rotary joint, inspection of the radiator beam valve module and setting up the EVA infrared camera will take about two hours. Clear-up and ingress back into the airlock will take up the last half-hour of the timeline.

In recent days, Reiter and Williams have been busy preparing for their spacewalk by flushing the Quest airlock and spacesuit cooling loops as well as configuring airlock systems and the tool set, which includes a pistol grip tool - a battery-powered screwdriver/wrench with several interchangeable heads used to bolt orbital replaceable units and other components. Other tools are various retractable or adjustable tethers, a trash bag and a special restraint device to position and keep the astronaut in the desired orientation at the worksite. The astronauts also reviewed robotic arm (Canadarm 2) procedures.

The spacewalk sets the stage for further assembly and power reconfiguration work to be done on the Station’s electrical systems during the upcoming STS-115 and 116 Shuttle missions planned for August/September and December. Additional solar panels and electrical equipment will be delivered on those two missions.

The spacewalk can be followed live from the Columbus Control Centre, located on the premises of the German Aerospace Centre (DLR) in Oberpfaffenhofen, near Munich. ESA astronauts and mission specialists will be available for interviews throughout.

Media representatives wishing to attend this event are requested to fill in the attached accreditation form.

Those unable to attend can follow it live on the internet.

To provide up-to-the-minute coverage of Thomas Reiter's 6½ spacewalk, ESA and DLR will be keeping an online EVA ‘blog' diary (in English and German). The writers, located at the Control Centre, will work alongside veteran ESA astronaut Reinhold Ewald to provide the latest images, commentary and behind-the-scenes information on EVA progress as well as additional background on the technology of spacewalking.

The EVA blogs will be available from 2 August at the following addresses:

NASA TV will also be covering the event live: http://www.nasa.gov/multimedia/nasatv/index.html

Thomas Reiter is the first non-US, non-Russian astronaut to become a permanent ISS crew member. In the future, he is due to be succeeded by other ESA, Japanese and Canadian astronauts. As flight engineer, he is in charge of vital tasks regarding ISS guidance and control, environmental control and life support systems, power control and communications, crew health & safety and extra-vehicular activity. On 3 August he will become the first ESA astronaut to have performed a spacewalk from the ISS. Here too he has considerable experience to draw on, having performed two EVAs during the six-month long EuroMir mission in 1995.

In September, Vinogradov and Williams will return to Earth to be replaced by NASA commander Michael Lopez-Alegria and Russian flight engineer Mikhail Tyurin, with whom Reiter will continue his mission.