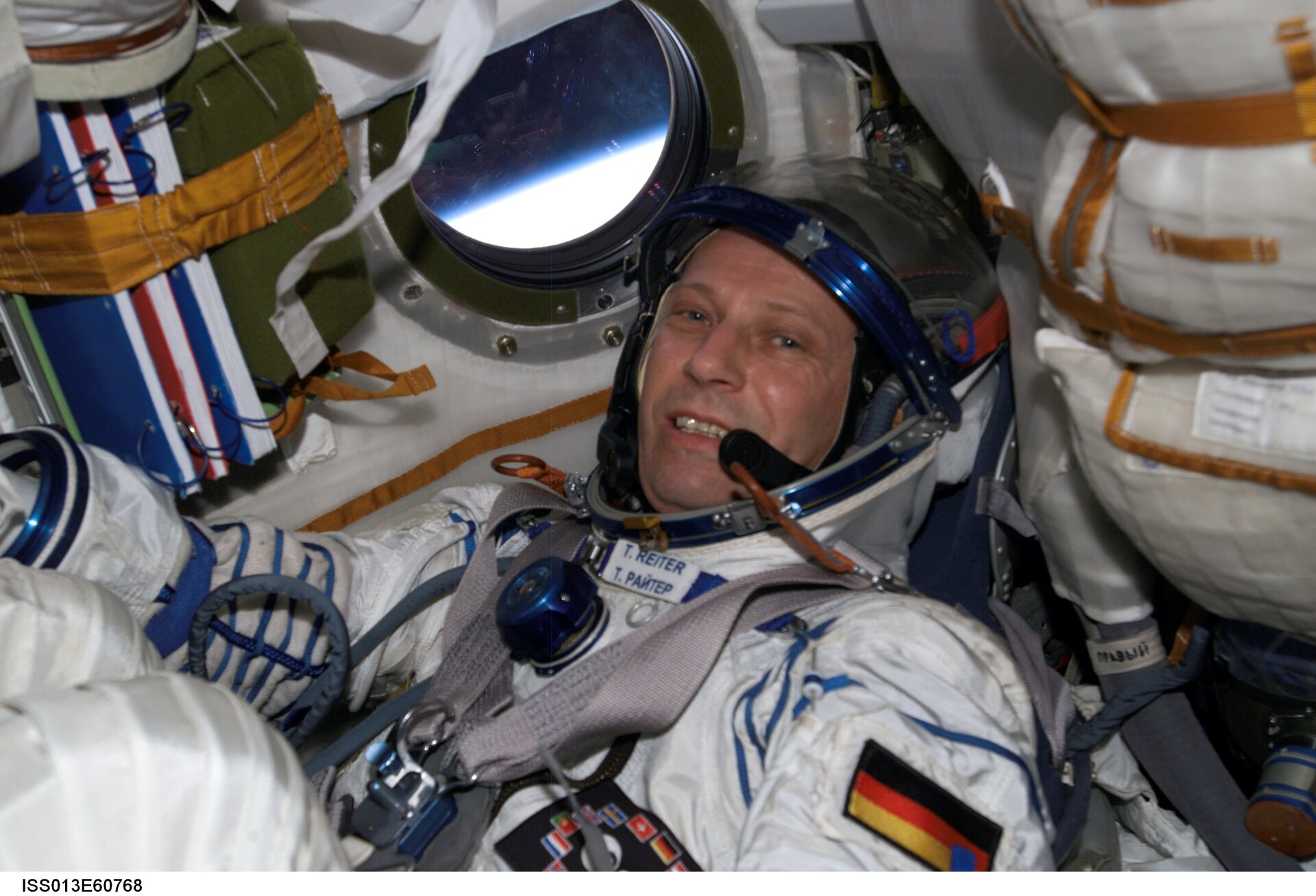 The ISS Expedition crew of Michael Lopez-Alegria, Mikhail Tyurin and Thomas Reiter will take a trip around the outside the International Space Station later today as they relocate the Soyuz spacecraft to make way for the arrival of a new Progress cargo spacecraft later this month.

At 21:11 CEST (19:11 UT), ISS Flight Engineer Mikhail Tyurin, the Soyuz Commander, will undock the spacecraft from the aft port of the Russian Zvezda module, and make a short flight around the Station to the forward docking port of the Station's Zarya module. The redocking with Zarya is due to take place at around 21:39 CEST (19:39 UT).

The repositioning of the Soyuz spacecraft will free up the aft docking port on the Zvezda module for the arrival of the Russian Progress cargo spaceship on 26 October 2006. The Progress, which launches from Baikonur Cosmodrome, Kazakhstan, three days earlier, will bring fresh supplies to the Station, including fuel, water, food and equipment.

Before entering the Soyuz spacecraft the crew will carry out a series of deactivation and check-out activities – leaving the ISS systems in stand-by mode during the relocation activities, in case of any problem which causes the crew to abandon the Station and return to Earth.

Once inside the Soyuz, the Expedition crew will close the hatches between the spacecraft and the Zvezda module. They will then dress in their Russian Sokol spacesuits, and once a leak check has been performed, they will undock from the Station.

For ESA astronaut Thomas Reiter the nearly 30-minute trip will be the first time he leaves the orbiting outpost since he arrived with Space Shuttle Discovery just over three months ago – although he did previously venture outside the Station during a spacewalk in August.