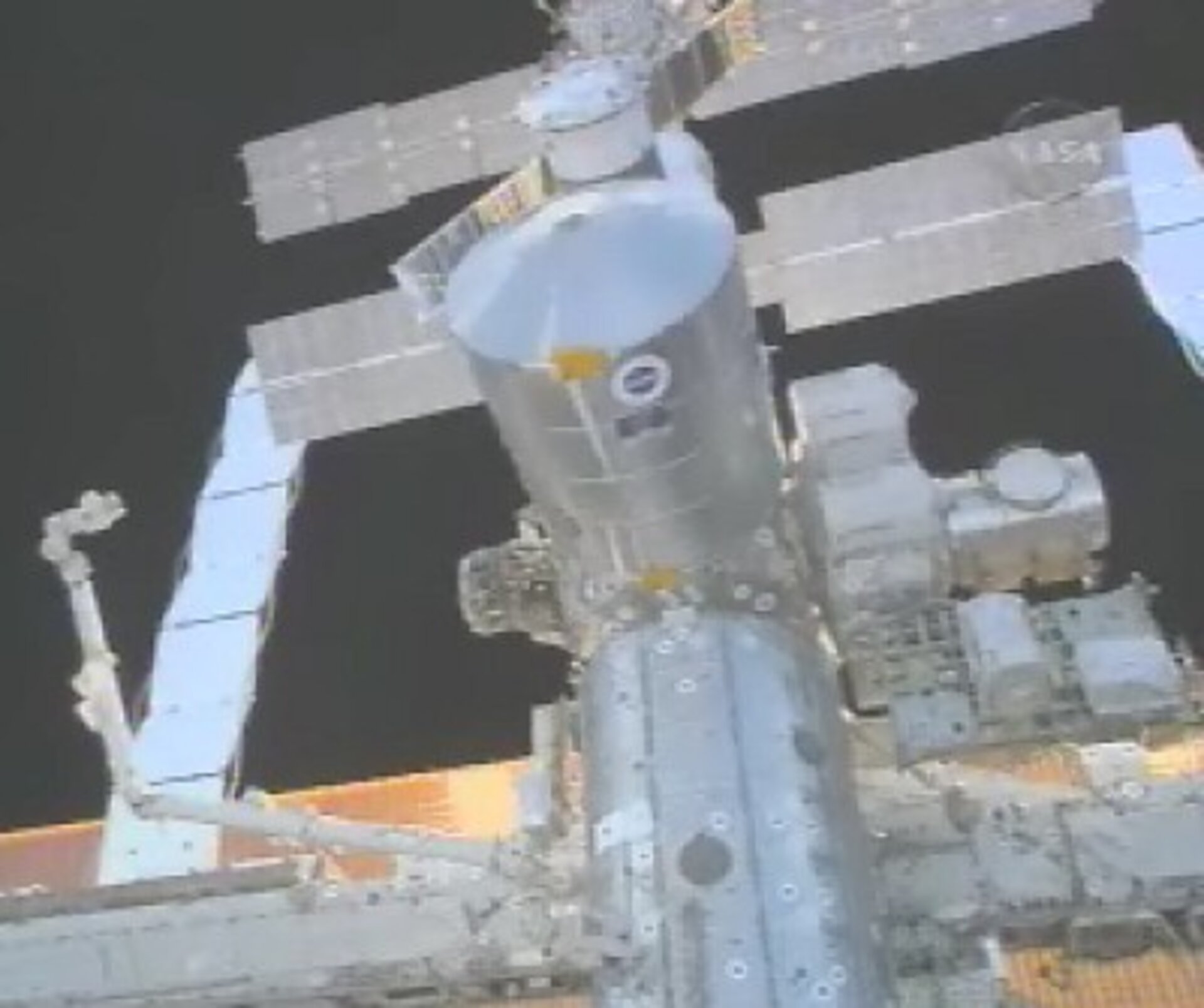 The Discovery crew has worked together with the Station crew to successfully install the European-built Multi-Purpose Logistics Module (MPLM) Leonardo on the Station's Unity node.

The MPLM acts as a moving van for the International Space Station, ferrying scientific experiments and crew supplies to and from the orbiting laboratory. Leonardo, built by the Italian Space Agency, is the first of three such pressurised modules.

Expedition 13 Flight Engineer Thomas Reiter and Space Shuttle Commander Steve Lindsey are performing leak checks on the logistics module before entering Leonardo. The crew can then begin the process of unloading cargo into the Space Station.

Leonardo contains over two tonnes of cargo, the majority of which is food, clothing and crew consumables, as well as spare parts and experiment equipment for the Station.

Once the unloading is completed, used equipment and a small amount of rubbish will be transferred into Leonardo from the ISS for return to Earth. At the end of the STS-121 mission, Leonardo will be detached from the Station and returned to the Shuttle's payload bay, returning to Earth together with the STS-121 crew.