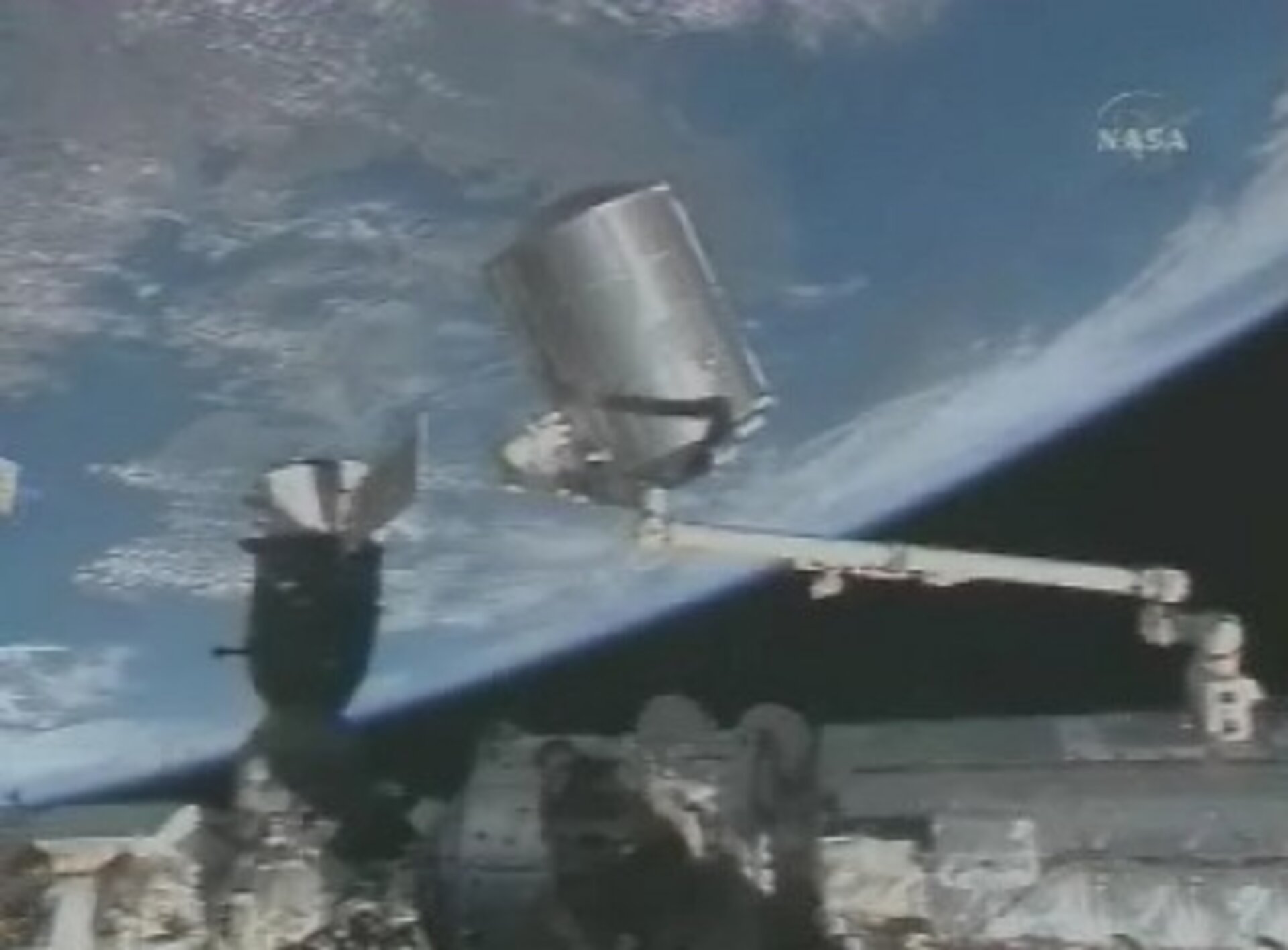 The Shuttle crew is packing up ahead of their scheduled departure from the International Space Station on Saturday. STS-121 astronauts Lisa Nowak and Stephanie Wilson have used Canadarm 2 to re-berth the Leonardo logistics module into Discovery's payload bay.

Packed with just over two tonnes of cargo including used equipment - items no longer needed in orbit on the Space Station - and a small amount of rubbish, Leonardo will return to Earth together with the STS-121 crew.

The MPLM acts as a moving van for the International Space Station, ferrying scientific experiments and crew supplies to and from the orbiting laboratory. Leonardo, built by the Italian Space Agency, is the first of three such pressurised modules.

The Leonardo logistics module was carried to the Station inside Space Shuttle Discovery's payload bay. Amongst the cargo delivered to the Station were three European-built experiment facilities; the Minus Eighty (Degrees) Laboratory Freezer (MELFI), the Percutaneous Electrical Muscle Stimulator (PEMS) and the European Modular Cultivation System (EMCS).

Space Shuttle Discovery is due to undock from ISS at 10:08 CEST on Saturday 15 July and begin its two-day journey home. The first opportunity for landing at Kennedy Space Center, in Florida, is scheduled for 15:14 CEST on Monday 17 July.