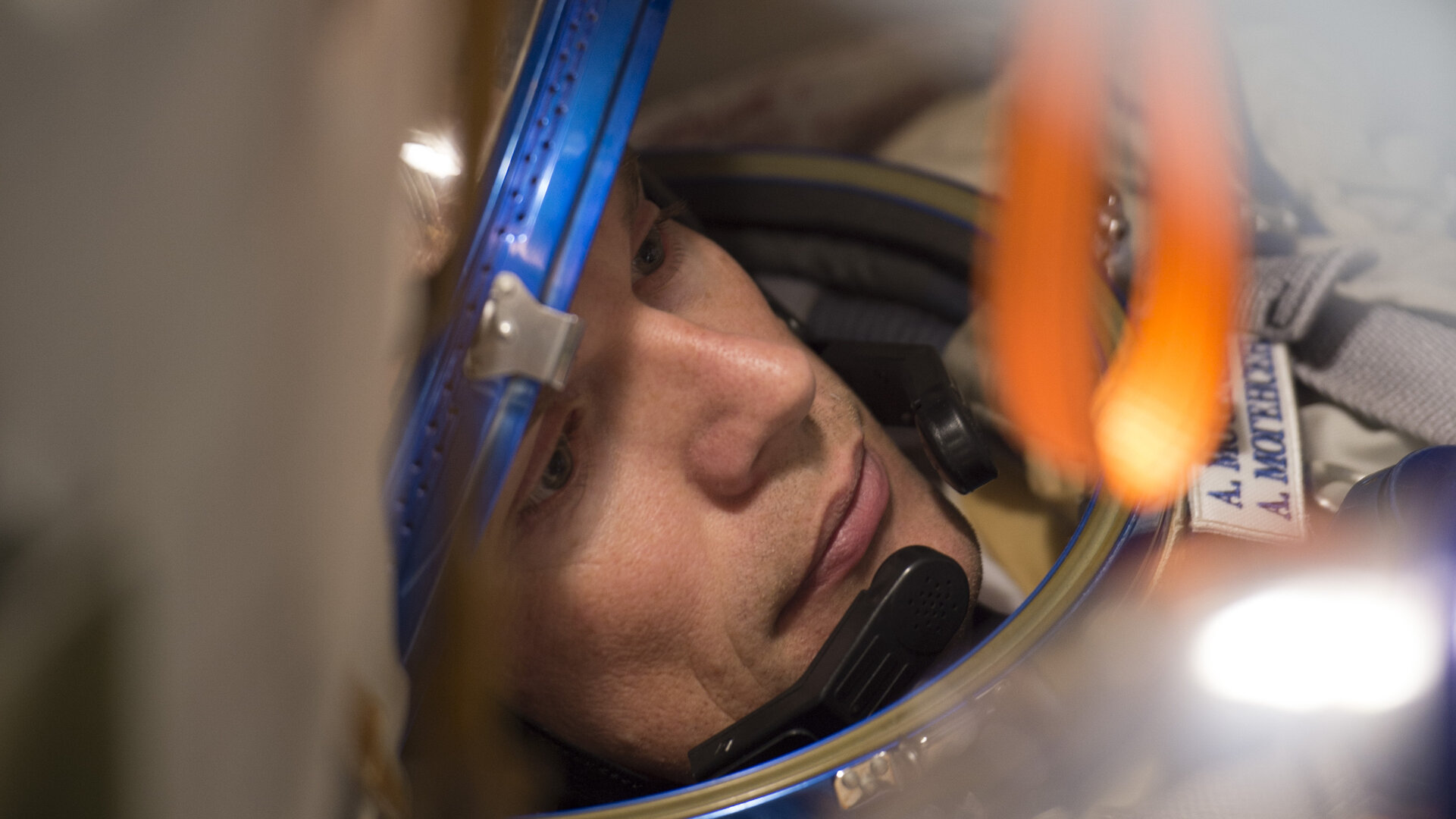 The 100-day countdown begins today for ESA astronaut Andreas Mogensen’s visit to the International Space Station. Following launch on 1 September, he will test new technologies and deliver a fresh spacecraft for the long-stay crew already aboard the orbital complex.

Most Station astronauts stay for up to six months, but NASA’s Scott Kelly and Russia’s Mikhail Korniyenko are spending almost a year in space to research the effects of living in weightlessness for a long time.

All occupants arrive in a Russian Soyuz spacecraft that is certified for six months, so Scott and Mikhail need a new vehicle to fly home when their mission ends next year.

Andreas and his crewmates will fly to the Station in Soyuz TMA-18M but return to Earth aboard Soyuz TMA-16M, which delivered Mikhail and Scott to the weightless research laboratory.

This unusual short mission is an opportunity to test new technologies and return experiment samples to scientists on Earth quickly.

During the early period that most new arrivals spend acclimatising to their new environment, Andreas will work on around 20 European experiments.

He will test a new close-fitting garment that promises to alleviate the back pain that many astronauts suffer. Other experiments will look at blood vessels and Andreas’s muscles, bones and brain to see how they fare in space.

Many of the experiments for his ‘iriss’ mission will test new ways of interacting with mission control to improve operations. He will perform some tasks without training on the ground, instead relying on just-in-time-training from 3D software. A headset will stream live video to mission control so they can look over his shoulder and offer advice.

The Meteron project, aiming to control robots from space, will take a step forward when Andreas operates a rover in the Netherlands from the Station. He will also use a feedback joystick to move its twin on Earth, allowing him to ‘feel’ objects remotely.

He will also investigate from above what happens during thunderstorms and possibly launch a student satellite to track ocean ships.

“I will be very busy the last 100 days before launch, preparing for the science and technology activities,” says Andreas. “With the densely packed schedule that I have for the mission, I need to hit the ground running as soon as I arrive at the Station.”

Andreas is sharing his training for the mission through regular video blogs and hopes to continue while in space. Follow his mission via andreasmogensen.esa.int