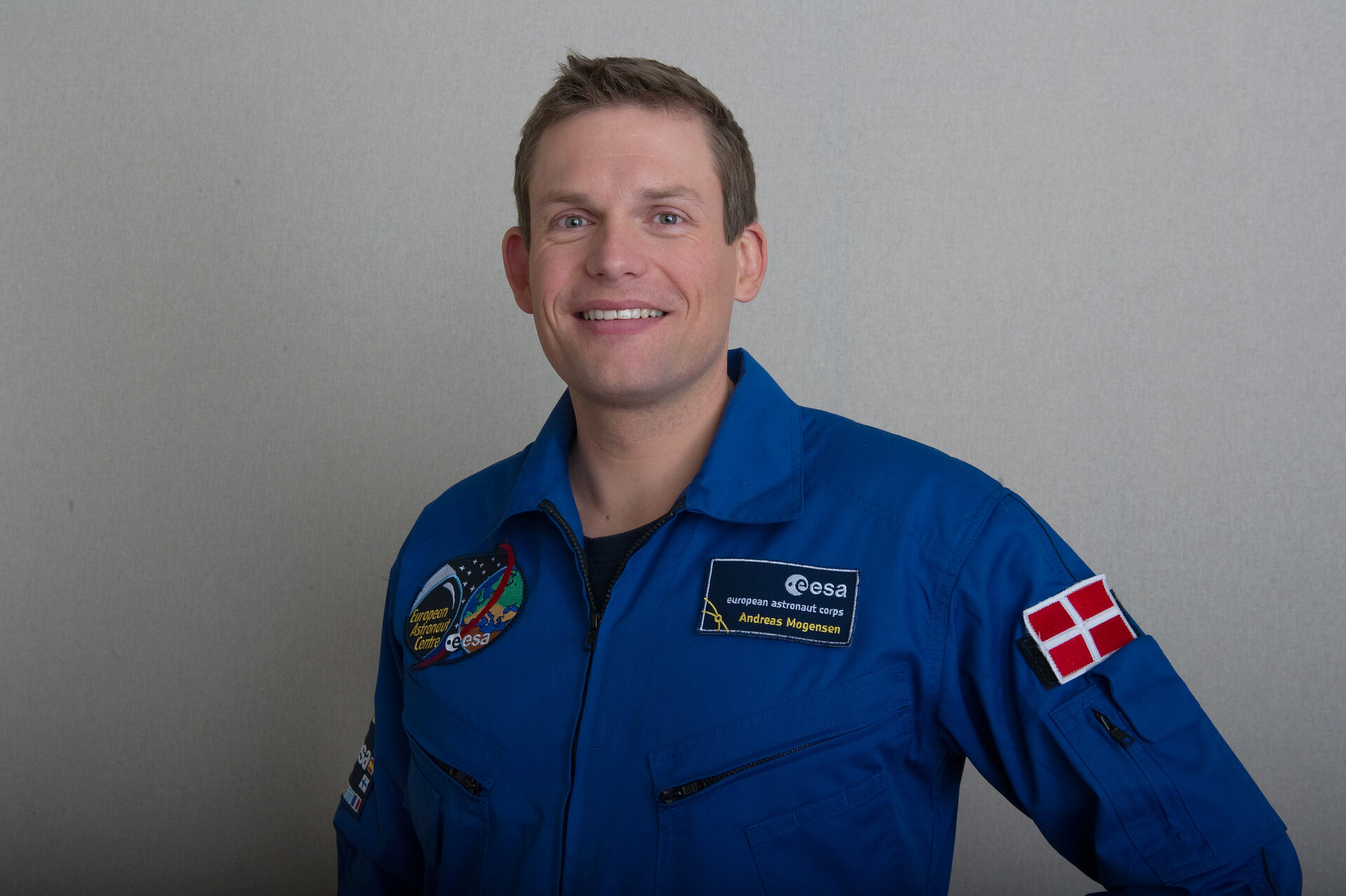 ESA's Danish astronaut Andreas Mogensen has been assigned to be launched on a Soyuz spacecraft from Baikonur Cosmodrome in Kazakhstan in September 2015 for a mission to the International Space Station.

This 10-day mission will be Andreas's first flight into space and the first ever space mission by a Danish astronaut.

The flight is directly connected to the new era in ISS operations: two experienced spacefarers from the USA and Russia will work on the Station for one year from May 2015. During his stay onboard the ISS, he will conduct a series of experiments preparing future missions and testing new technologies.

"I'm happy to announce this mission as this is already the fifth flight assignment for the class recruited in 2009," said Thomas Reiter, ESA’s Director of Human Spaceflight and Operations.

"With first of the new class, Luca Parmitano, currently working on the Space Station, and three other astronauts already training for their imminent missions, ESA's new astronauts are very busy.

“Thanks to the decisions of the Member States at the Ministerial Council last November, we will be able to fulfil our commitment to fly all six newly selected astronauts before the end of 2017,” said Mr Reiter.

"This mission is the fulfilment of a life-long dream and the culmination of many years of hard work and training,” said Andreas Mogensen.

“I am excited to be able to participate in ESA’s outstanding programme of science and technology development on board the International Space Station and I am honoured to represent Denmark and Europe in space. The mission is a unique opportunity for Europe to develop and test the technologies necessary for the future of human space exploration."

During his flight, Andreas will test novel ways of interaction between the ground and space crews with a mobile device that allows astronauts to operate it hands-free and with several multi-user communication techniques. The system will have also advanced 3D visualisation and augmented reality –features that will be fully exploited with added wearable computers and cameras to allow the general public to follow activities on the ISS 'through the eyes of an ESA astronaut' potentially in real time.

Andreas's short mission is an excellent opportunity for several science studies, particularly in life science. By adding samples and measurements from a short-duration mission astronaut to material gathered and being collected during long-duration missions, the value of the biomedical statistics is increased. All the instrumentation needed for physiology, biology and material science experiments is already available in the Columbus laboratory and samples can be returned quickly back to Earth for further analysis.

A short-duration mission is also perfect for testing a new generation of health sensors, vital measurement devices and electro-muscle-mobility devices. These have direct benefit for future exploration missions and even sooner on Earth, for instance with operators of heavy machinery or with rehabilitation after sports injuries.

Andreas will be specially suited too: he will assess a new ‘skinsuit’ during normal daily activities. This is tight garment made from elastic material mimicking Earth gravity and thus passively mitigating deconditioning of an astronaut’s body during spaceflight.

Along with the Soyuz arrival, the ISS will host up to nine persons for a while – a record that has not been broken since retirement of the Space Shuttle in 2011.

Between Luca's ongoing mission and flight of Andreas in 2015, ESA astronauts Alexander Gerst and Samantha Cristoforetti, are scheduled for launch in 2014 for long-duration missions to the Station. After Andreas, the next European destined for space will be Tim Peake, who will start his long-duration mission on the ISS as a member of the Expedition 46/47 in December 2015.

This new technology packed mission will be a dream flight for an aerospace engineer like Andreas. Not only will the mission include many firsts and demonstrations, but also Andreas will fly as the flight engineer in the ‘left seat’ of Soyuz, making him second-in-command of their vehicle.

Andreas was born in Copenhagen, Denmark, on 2 November 1976, and he received a master’s degree in aeronautical engineering from Imperial College London, UK, in 1999, followed by a doctorate in aerospace engineering from the University of Texas, Austin, USA, in 2007.

He was selected as an ESA astronaut in May 2009 and completed the astronaut basic training programme in November 2010 with the five other astronauts of the 2009 class. Andreas is a qualified Eurocom at the Columbus Control Centre in Munich, where he has been communicating with the astronauts on the International Space Station.

In addition to his training and work activities, Andreas worked for ESA on the Lunar Lander programme at ESTEC, Noordwijk, the Netherlands, where he was involved in the design of the guidance, navigation and control system for a precision lunar landing.

From his homebase at the European Astronaut Centre in Cologne, Germany, Andreas will start his mission training with the partners of the International Space Station. This will take him to NASA’s Johnson Space Center in Houston, USA, and Star City, near Moscow, Russia, as well as Japan and Canada.

Andreas blogs about space exploration and his astronaut training activities in Danish at videnskab.dk/profil/andreas-mogensen.

ESA is also working actively with the EU on implementing the Galileo and Copernicus programmes.