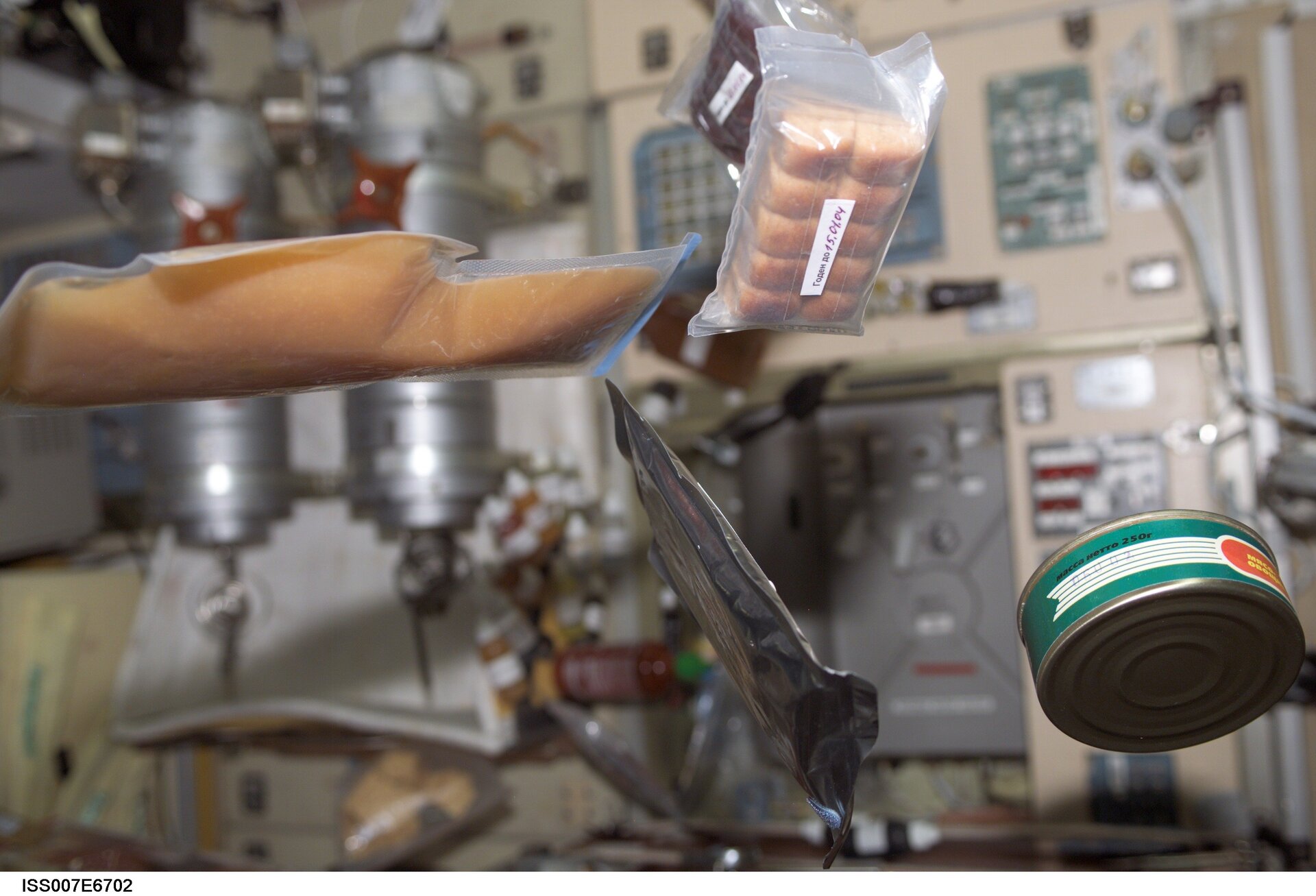 Astronaut food – this term still conveys a vivid picture of dusty and tasteless food-bars, which might have all the nutrients and vitamins a person needs per day, but still has more in common with cardboard than with a proper dish. But the days when space food resembled papier-mâché - in taste as well as in consistency - are long gone.

Nowadays, renowned chefs make space food a culinary experience and the European food industry has the possibility to supply astronauts on the International Space Station with high quality and delicious food products: a gap in the market that opens up new and possibly lucrative opportunities for the European Nutrition Industry.

The food of the early space travellers was not exactly a gourmet experience, to say the least. In their very first considerations of how space food should look like, the Russians planned to develop tablets, which should feature all the necessary nutrients and vitamins. Luckily for the cosmonauts, this 'superpill' never materialised.

The first space-dish of Russian cosmonaut German Titov, the first man to dine in space in 1961, came in containers largely resembling toothpaste-tubes. The three-course meal consisted of one tube of vegetable puree soup, one tube of liver pate and one tube of blackcurrant juice.

When American Astronaut John Glenn took off in his Mercury spacecraft in 1962, his lunchbox was filled with bite-sized, crummy cubes, freeze dried foods that had to be re-hydrated in space to form a pulpy puree, and semi-liquids in tubes which had to be squeezed out into one’s mouth.

Needless to say that neither cosmonauts nor astronauts were too fond of their meal plan.

It wasn't long before the astronaut food was improved. The tubes were the first things to go. They were replaced by the 'spoon bowl' and later by different typed of food trays, using knife, fork and spoon to eat, to make a meal in space an experience that more closely resembled a normal meal on Earth.

With improved packaging came improved quality and variety of meals. As early as the 1980s, space travellers could choose from a stunning number of 200 specially treated and processed food items, and also warm meals were available.

But still the variety of food is a critical aspect for space travellers during long-term missions. Astronauts and cosmonauts who stay on the ISS for half a year have little variation in their day-to-day life apart from performing different experiments, so food is an important element to add flavour to their daily routine. Any extra variation is more than welcome and cherished by the astronauts and cosmonauts.

But naturally, not any food will make the grade to be flown to the Space Station. All foods going to space have to pass through a regime of tests to make sure they are able to endure an outer space environment without deteriorating.

The food the astronaut and cosmonauts on the International Space Station eat at the moment is either dehydrated (provided by the Americans) or canned food (provided by the Russians). Fresh food items are a rarity on the Station, as fruit or vegetables stay fresh only for up to two days in space. So the challenge in designing nutrition that is fit for space is to create food that withstands the extreme conditions of the space environment, is highly balanced and efficient as for nutritional value and at the same time is fresh and delicious.

This is a unique opportunity for the food and nutrition industry: by developing fresh, nutritious and tasty astronaut food, nutrition firms don’t solely enter a unique marketing platform and use the popular and fascinating factor of space for their PR, they can also use their findings for growing market sectors.

Initial exercises have taken place to introduce quality foods to the ISS environment but there is now an opportunity for companies to exploit this situation on a regular and on-going commercial basis.

Space food: not only for astronauts

The space environment has detrimental effects on the human body: astronauts who stay in space for a longer period of time loose bone and muscle mass, their cardiovascular system is strained as the body fluids shift into the upper part of the body. These processes are well known on Earth, too: we call them 'ageing'. There are, however, countermeasures that can work against these effects. The two most important means are physical training – and nutrition.

The opportunities for application of space food on Earth are vast. Possible target groups range from elderly, hospital foods, or functional foods for people who have to deal with extreme situations like athletes, adventurers or the military.

The food provision for the ISS is a real gap in the market: Why not provide a variety of European food commercially to the Space Station? It would not only add diversification to the astronauts’ menu, but would also be a great opportunity for the respective food company – not everybody can say that their products are marketed not only globally, but even beyond. After all, astronauts may not form the largest consumer base in the world, but they for certain are premium customers. And they are not the only ones who could be interested in highly nutritious, sustainable, healthy and delicious food.

A range of commercially provided national delicacies of European countries provided for the Space Station would not only benefit the astronauts, but also benefit the European food industry – who might become the forerunner to create a regular outer-space menu.