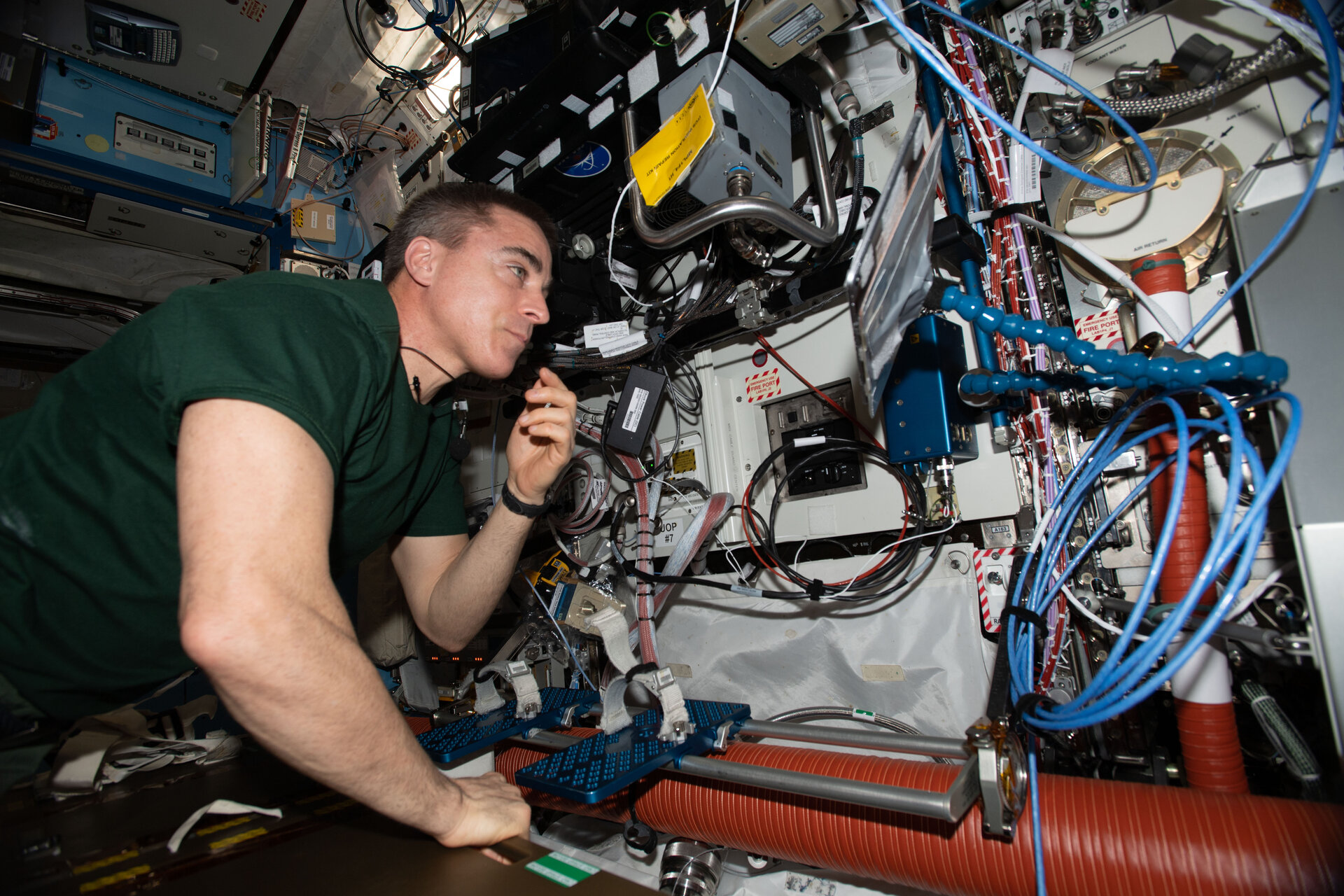 As any scientist will confirm, a huge part of doing science is being attentive. Making sure experiments run smoothly. Observing outcomes. Fine-tuning settings to the tiniest degree. With many different experiments running simultaneously on the Space Station, 400 kilometres above the earth, at a speed of roughly 28 000 km/h, attention to detail becomes an invaluable virtue.

And every now and then, something totally unexpected happens that keeps our astronauts on their toes…

With only three instead of the usual six astronauts up in the International Space Station, science experiments slowed down a bit in September. But Science is still happening on board.

The ASIM experiment for example, is still running smoothly, continuously tracking thunderstorms from above.

ESA’s Biolab rack is not active at the moment, but it does need the occasional maintenance. Station Commander and NASA astronaut Chris Cassidy performed the rack’s annual cleaning and completed some minor fixes.

After a year in space, the MATISS-2.5 experiment ended and the sample holders were removed. The experiment is designed to test the antibacterial properties of hydrophobic surfaces and will now be stowed until its return to Earth for further analysis.

Both the CANES and the DOSIS-3D experiments continue to run, gathering data by being exposed to microgravity and space radiation for long periods of time.

For all the business-as-usual-ness of the science experiments, things have not been quite as smooth-orbiting for the International Space Station itself.

On 22 September, the International Space Station performed a manoeuvre to steer clear of a piece of space debris of unknown origin. Orbiting debris is continuously monitored, and once or twice a year an object is discovered that’s deemed too close for comfort. The Station then performs a reboost to raise its orbit out of the projected path of the debris. The manoeuvre worked, keeping the crew safe at all times.

On an equally eventful note, a tiny air leak in the Space Station called for extra vigilance on 28 September. The leak had been tracked by control centres in Moscow and Houston for several months, but the exact location wasn’t clear, and readings showed that it appeared to have grown in size. The crew was called to help find the source and the leak location was isolated to the main work area of the Zvezda. Further investigations using an ultrasonic leak detector to find the source of the leak continue, but currently there are no safety concerns for the astronauts and the International Space Station.

All in all, this was a period full of steadily running experiments, combined with some fast-paced troubleshooting. Science continues, the crew keeps working hard, and unexpected challenges are met with coolheaded problem-solving skills. Another typical month on the International Space Station.