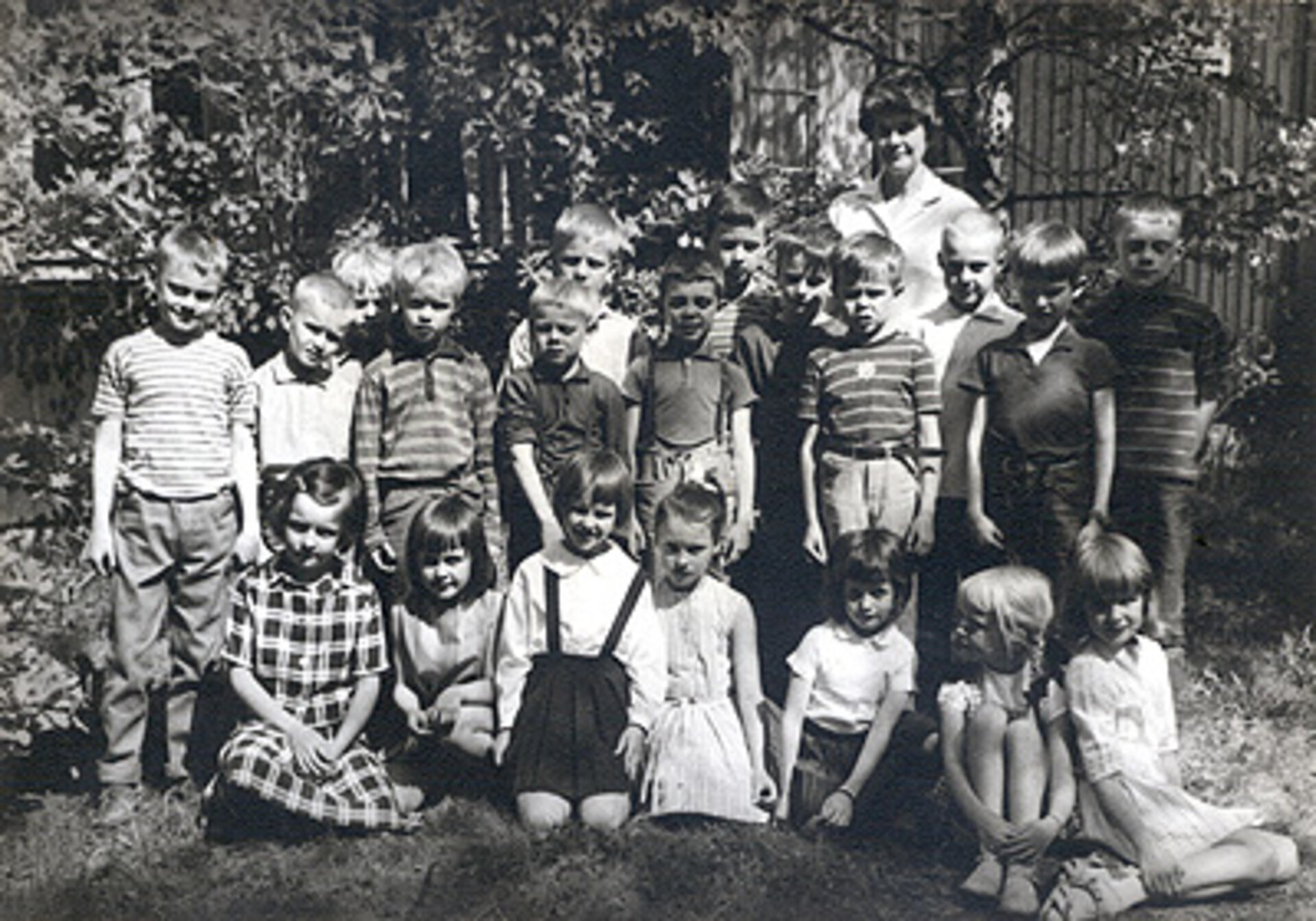 Christer Fuglesang's triumphal march continued on Friday and Saturday with a visit to his old primary school, a chat with the Royal family, a crammed Central Station, the space operations in Uppsala, and, of course, numerous interviews.

Christer Fuglesang's schedule during the Celsius Mission was packed. The schedule for the space hero's first visit to his Swedish home country after the mission wasn't less packed.

The second day, Friday 26 January, started at 07.00 on a sofa at TV4, one of three major TV channels. From then on, the interviews followed one another until it was time for an hour's visit with the King and Queen at 11.00.

There was time for a few more interviews after lunch until a visit to Christer's old primary school Smedsslättsskolan in Bromma, a Stockholm suburb, something Christer had insisted on including in his schedule.

"He was an ingenious little guy, and the class mathematician," the school principal, Birgitta Solheim Ekwall said. "No one could figure out his puzzles, despite him being a year younger than his classmates.

Christer arrived at the schoolyard, where children and teachers could be seen with their noses pressed to the windows. When he exited the car, he was greeted by pre-school youngsters who took both his hands and led him to the gymnasium, where the remaining 304 pupils were gathered, together with the teachers.

There he was presented with a giant bag of raspberry drops – maybe to compensate for all he ate onboard the ISS. The children sang a song composed for the occasion, and Birgitta Solheim Ekwall welcomed Christer Fuglesang back to his school.

The children were then given plenty of time to ask questions to the intrepid space explorer. The questions mostly dealt with Christer's personal reflections during the mission, such as the feeling of being weightless, how he brushed his teeth, how it felt like to be out in space working for six hours on end, and how the Earth looked like from space.

"It's round! Now I know that for a fact. It was amazing to see oceans, deserts, clouds ... But we travelled so fast! We went around the Earth once every 90 minutes, so it could be hard to recognise where we were before we already had swooshed past. It's almost easier at night, with the cities glowing. Then it's almost like floating over a map."

Christer had some very special gifts from the school. Among them was a class photo with a small Christer Fuglesang, a photo the school only recovered after heroic efforts.

"Wow! I wonder if I'll recognise myself? But I think I was the shortest in the class, so I guess that has to be me ..."

He also received an old photo from a Christmas ceremony, with a dressed up little Fuglesang. "I couldn't sing then either, so I was dressed up as some fool that didn't have a singing part", Christer remembered laughing.

He freely admitted he was deeply moved by the reception. "I hope in 30 or 40 years time, one of you can come back here and talk about your mission to the Moon or Mars."

After resounding applause from many small hands, Christer waved good-bye to the rapturous and whooping children. They had been admonished to be quiet when the space hero arrived, and this they compensated for with a vengeance when he left.

After yet another interview, Christer met his largest audience this hectic weekend. Around the purpose-built scene inside the Stockholm Central Station there were well over a thousand enthusiastic fellow Swedes, who in ever-increasing crowds were entertained by throbbing rock music and images on two big screens.

On stage to welcome Christer were, in addition to hostess Carin Hjulström-Livh, the Minister of Education and Science, Lars Leijonborg, and Director General of the Swedish National Space Board, Per Tegnér.

When he entered the stage, the crowd gave him a rock star's welcome. "It's really nice to see that even a doctor of particle physics can be an idol", Leijonborg said.

He confessed to having shared Christer's dreams, like so many others. "I also dreamt of going to space."

He also pointed to both the practical uses to Sweden of its space efforts – better weather forecasts, climate information, support for traffic and life-saving operations – to the more philosophical and existential questions this kind of research can deal with, like the Big Bang and life elsewhere in the universe.

Carin Hjulström-Livh asked Per Tegnér how Christer Fuglesang's mission could be compared to the mission that Russian cosmonaut Yuri Gagarin did 45 years ago, and that made him not only the first person in space from his country, but from the Earth.

"Back then they took enormous risks compared to now. Their capsules were like tin cans compared to the Shuttles of today."

At last Christer appeared to the enthusiastic shouting of the crowds. The man who went from being "he who never gets to go" to the "darling of Sweden". And maybe this is what made the acclaim greater and more heartfelt. He really had been waiting for his moment.

Carin Hjulström-Livh revealed that Christer had realised yet another boyhood dream earlier that afternoon. "If you're going to get anywhere during rush hour in Stockholm you go by rail, and that's exactly what Christer's been doing – he's driven his own train!

So, how was it, driving a train? "At least I kept track of where I was going", Christer grinned.

More presents followed, amongst them a telescope from Leijonborg. "Until you get to go into space again you can at least amuse yourself by looking at it."

To more storming applause Christer Fuglesang left to attend the Elle gala, where he would hand out one of the awards. You have to be multi-talented to be a superstar.

Saturday was a considerably easier day for Christer Fuglesang than the two preceding days, but it still meant a visit to Uppsala University's Ångström Laboratory. The laboratory houses the University's space activities as well as several space entrepreneurs.

Several of the former make up the Ångström Space Technology Centre (ÅSTC) and the Uppsala department of the Institute for Space Physics (IRF). Among the entrepreneurs are Ångström Aerospace Corporation, that develop and bring to market advanced microsystem based products and services for space applications.

Not to be outdone, Uppsala also gave Christer a hero's welcome, with welcoming addresses by the vice-chancellor as well as prominent scientists, to the continuing flashes of cameras.

A class of school children had the opportunity to meet with Christer and ask questions. Students and research colleagues of Christer's – some of them literal colleagues, who worked with Christer during his time at the European particle physics laboratory CERN in Switzerland – also had their opportunity to talk to Christer. So did the Uppsala press. After a good hour, Christer had to excuse himself and return to the royal capital for a lunch date with his wife Lisa.

That was all Sweden got to see of Christer Fuglesang this time around. But he will be back. For one thing he will return with the entire STS-116 crew. Minus Suni Williams, that is, since she'll be onboard the ISS for five more months, a job Christer would be more than willing to trade for. But maybe he'll get his ISS tour in a few years time. If so, no Swede is likely to fail to notice.