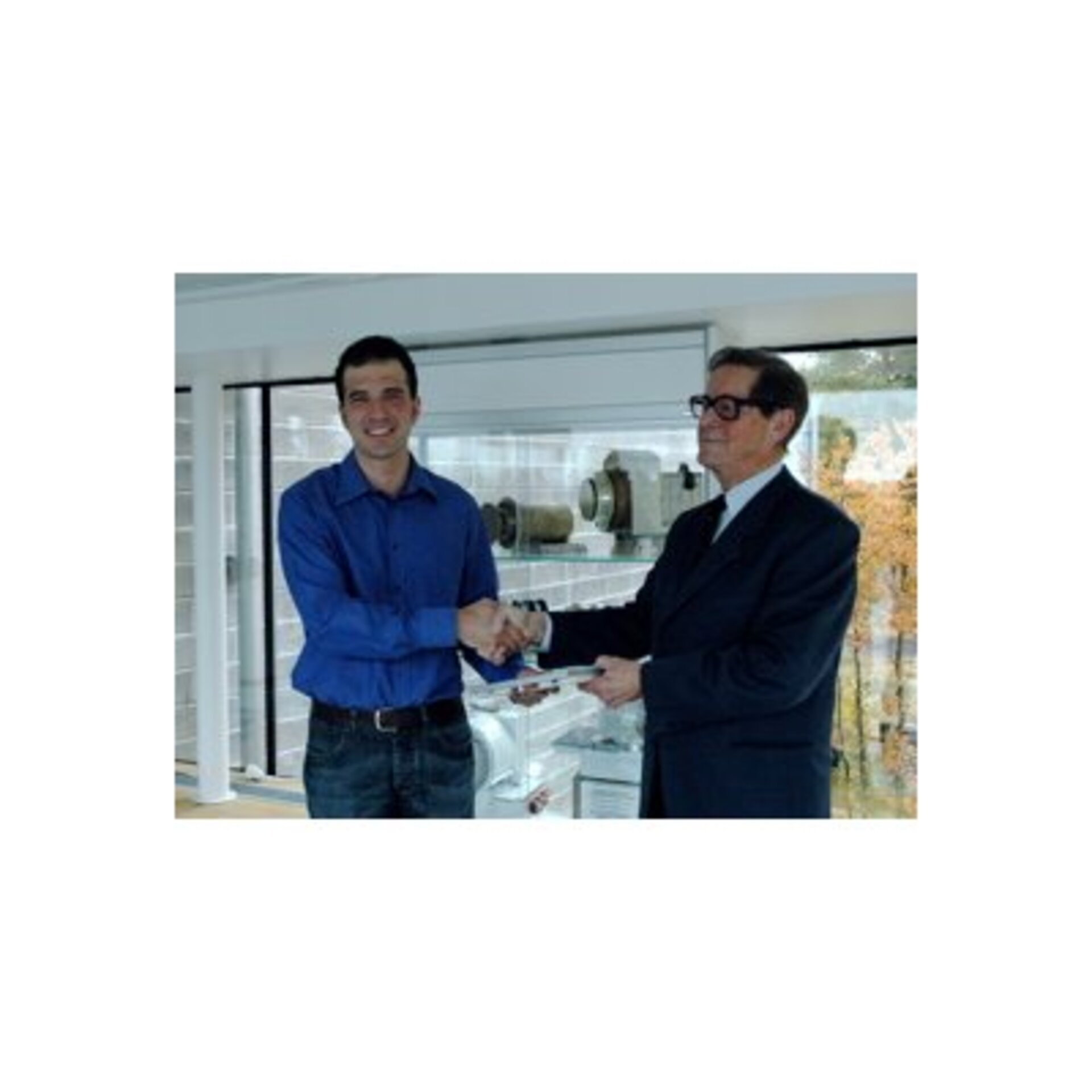 The Bengt Hultqvist Prize for 'Best space engineering student of 2007' has been awarded to SpaceMaster students Thomas Ott, from Germany, and Israel Alejandro Arriago Trejo, from Mexico.

The students received the prize on 14 September 2007 at the Department of Space Science of Luleå University of Technology (LTU) in Kiruna, Sweden. The award was initiated in 1997 by the Swedish Institute of Space Physics (IRF) to celebrate its 40th anniversary.

Professor Emeritus Bengt Hultqvist presented the prize. He was director of IRF from its start until 1994, and has played a leading role in the success of the space industry in Kiruna.

Both Thomas Ott and Isreal Alejandro Arriago Trejo graduated from the SpaceMaster programme, which is a two-year space science and technology Masters course open to students from all over the world. It is organized by a consortium of six top European universities, among which is LTU, and is sponsored by the EU Erasmus Mundus programme.

Thomas Ott was selected for an ESA grant in 2007 because of his excellent study results and interesting dissertation topic, which was 'a pre-phase A study of a spinning micro-satellite for Martian missions'.

Thomas Ott has recently started a one-year traineeship as a 'Young Graduate Trainee' at ESA ESTEC in the Netherlands. He is going to support the projects run at ESA's Concurrent Design Facility (CDF), while Israel Alejandro Arriago has been accepted as a doctoral student at the Embedded Internet System Laboratory (EISLAB) at LTU, to support the development of electromagnetic modeling alternatives for complex automotive sub-systems.

For more information about SpaceMaster, or how to apply, please visit the websites links in the righthand navigation bar. Or contact Merlijne Berntsen: merlijne.berntsen @ esa.int