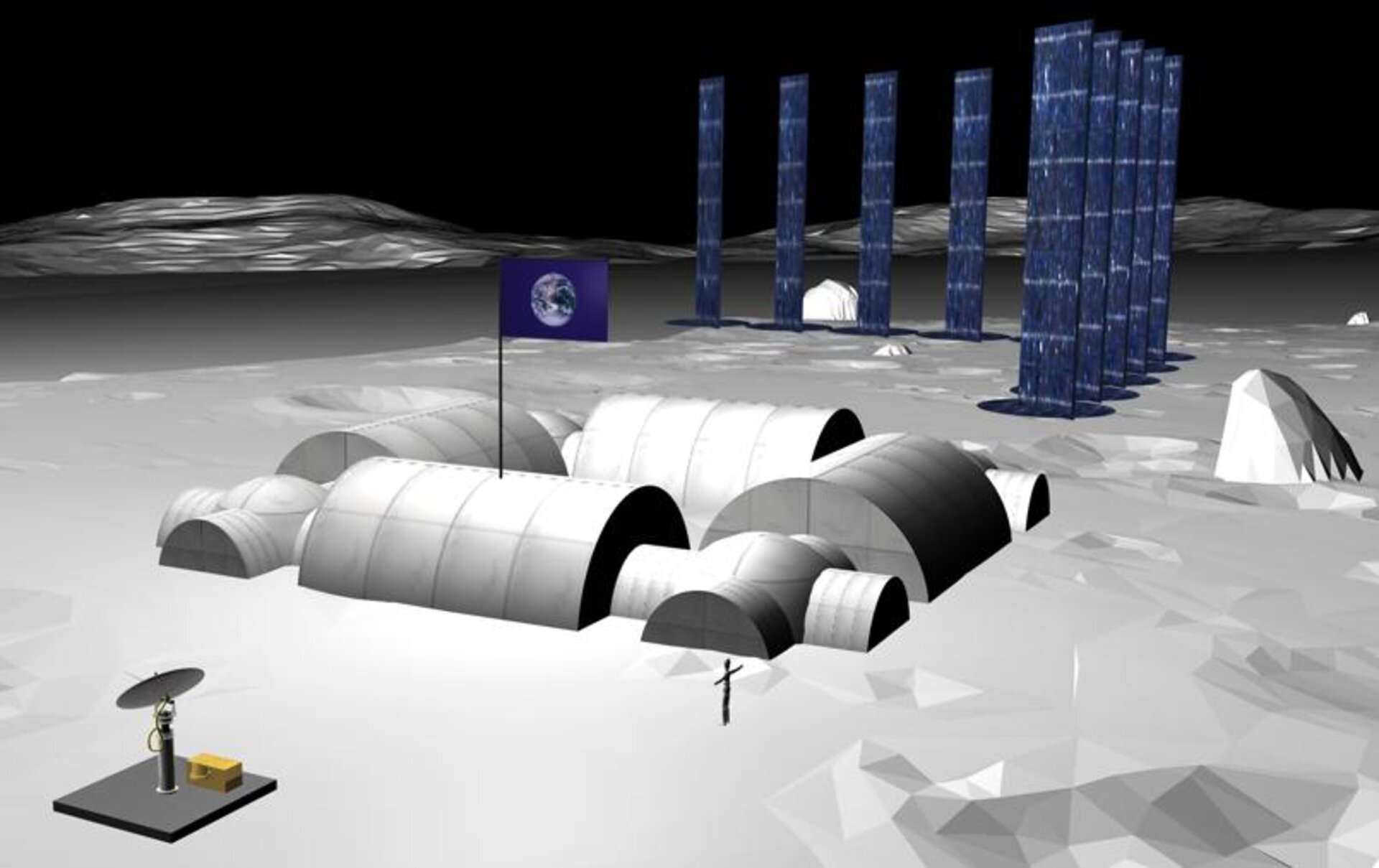 This summer, the Institute of Space Systems (IRS) at the Stuttgart University organised and hosted the week-long annual Space Station Design Workshop (SSDW) in Stuttgart, Germany. ESA's Directorate of Human Spaceflight was one of the main sponsors of the workshop.

Thirty two students from a cross-section of disciplines and from 11 countries worldwide were selected to participate in response to an open call launched in February 2009.

Split into two competing teams, the students formed part of the virtual 'European Manned Spaceflight Industries', set in the year 2016. Their goal; to design a lunar base according to the following mission statement: "Outline a comprehensive study of an international lunar outpost concept, with the potential to be installed within one decade, to provide sustained surface exploration capabilities and growth potential towards a permanent lunar base".

The lunar base, accommodating a crew of four, had to allow for extensive human and robotic surface exploration in its first phase, enabling new insights into the Earth-Moon system, as well as providing for technology demonstration and maturation for future human surface activities on Moon and Mars.

Their solution had to stimulate commercial partnerships as early in the programme as possible, while specifically focusing on extending exploitation capabilities and commercial partnerships in its further development and continued operation after 2030. The mission statement also contained several technical and political constraints that the teams had to work around.

Staff from the Institute of Space Systems and other external experts provided lectures about the lunar surface environment and construction, as well as transportation architecture. The lectures introduced the students to the various sub-systems that can be found in a spacecraft, focusing on the special requirements for a human lunar base, such as the life support system, in-situ resource utilisation and human factors, as well as energy management. Systems and concurrent engineering was another lecture topic.

Given their tight five-day schedule, the students worked very hard and were clearly motivated and dedicated to tackling the challenging task. The resulting designs were very elaborate and diverse in regard to base location and structure, as well as power supply.

Team Blue’s Lunar Outpost for Research, Exploration and Technology (LOReTTA) was chosen as the winning design in this year's competition.

On the final day of the workshop, the two teams presented their final design proposals at a public presentation. The participants and public audience were welcomed by former ESA astronaut, Professor Ernst Messerschmid, Head of Astronautics and Space Stations at the Institute of Space Systems, and Piero Messina, Head of the Coordination Office in ESA's Directorate of Human Spaceflight.

For more information about the SSDW and results, visit: