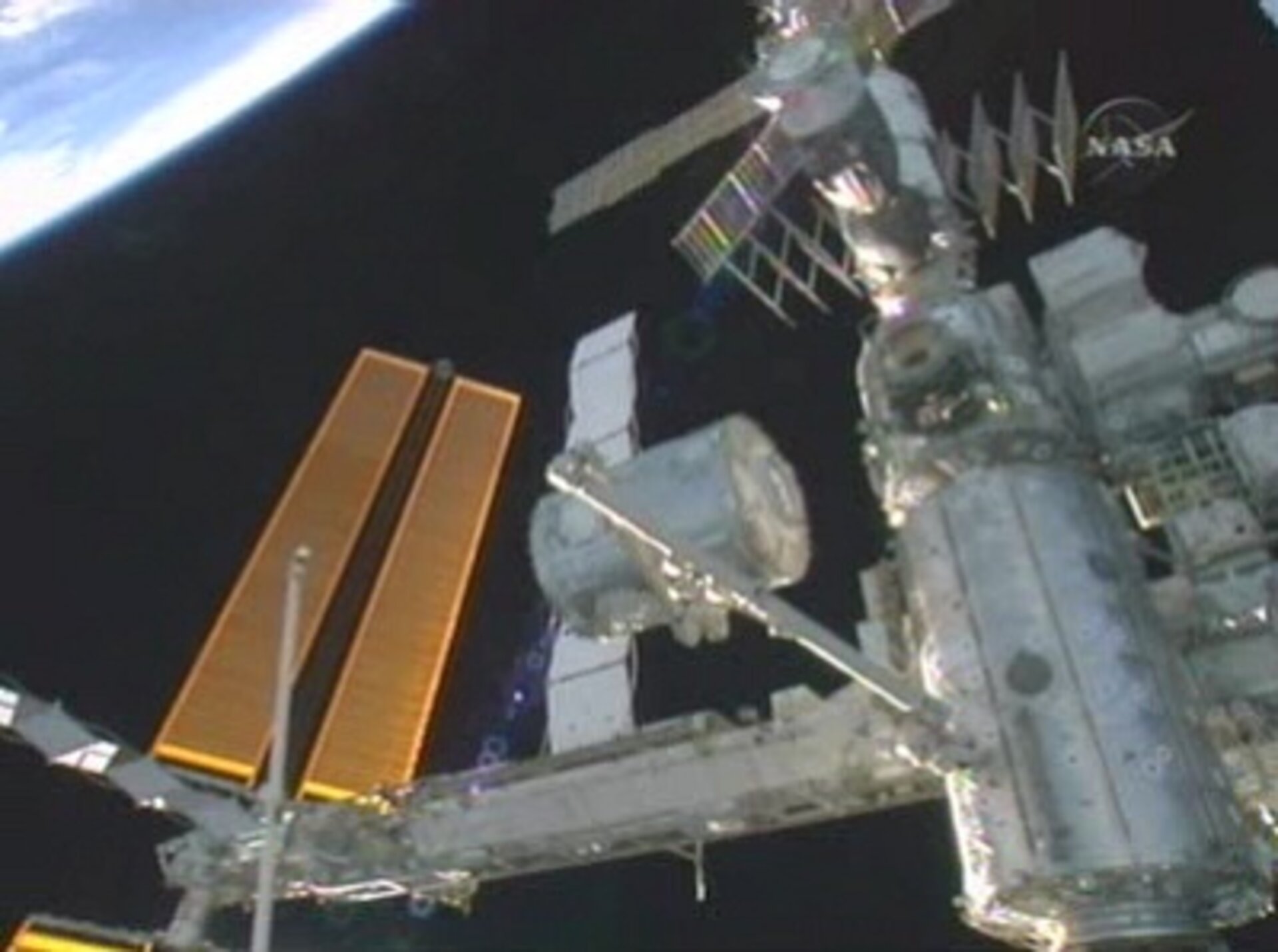 The Italian-built Node 2 module, also known as Harmony, has today been attached to the International Space Station. The operation was officially completed at 17:38 CEST (15:38 UT).

The new module was installed in its temporary location on the port facing side of Node 1 during the course of a 6 hour 14 minute spacewalk (Extra Vehicular Activity, EVA).

Dressed in American EVA suits, STS-120 crew members Scott Parazynski and Douglas Wheelock made their way out of the hatch on the Station's Quest Airlock at 12:02 CEST (10:02 UT). After completing their first task to retrieve an antenna from the Station’s Z1 truss for return to Earth, the spacewalkers turned their attention to Node 2.

Parazynski and Wheelock moved to Space Shuttle Discovery's cargo bay where they prepared the new ISS module for removal. As the ISS and Shuttle flew over Europe, the robotic arm operators inside the Station lifted Harmony out of the cargo bay and began moving it towards its position on Node 1, also known as Unity.

The spacewalkers meanwhile moved on to the final scheduled task of the spacewalk - to prepare the P6 truss for relocation.

Returning to the Quest Airlock towards the end of the spacewalk, Parazynski encountered the newly installed Node 2 module and could be heard commenting, "When I came through here there wasn't a node here!"

The crews will have to wait until tomorrow to enter Node 2 for the first time - hatch opening and first ingress are scheduled for 15:03 CEST (13:03 UT) on 27 October.

At the end of the STS-120 mission, once Discovery has undocked, the Expedition 16 crew will relocate Harmony to its permanent location at the forward end of the US Destiny lab.

Harmony is the first addition to the Station’s pressurized volume since the arrival of the Russian Pirs docking compartment in 2001. The installation of Harmony paves the way for the addition of the European Columbus laboratory in December 2007, and the Japanese Kibo laboratory in April next year.

Harmony was developed for NASA under a contract with European industry, with Thales Alenia Space as prime contractor.