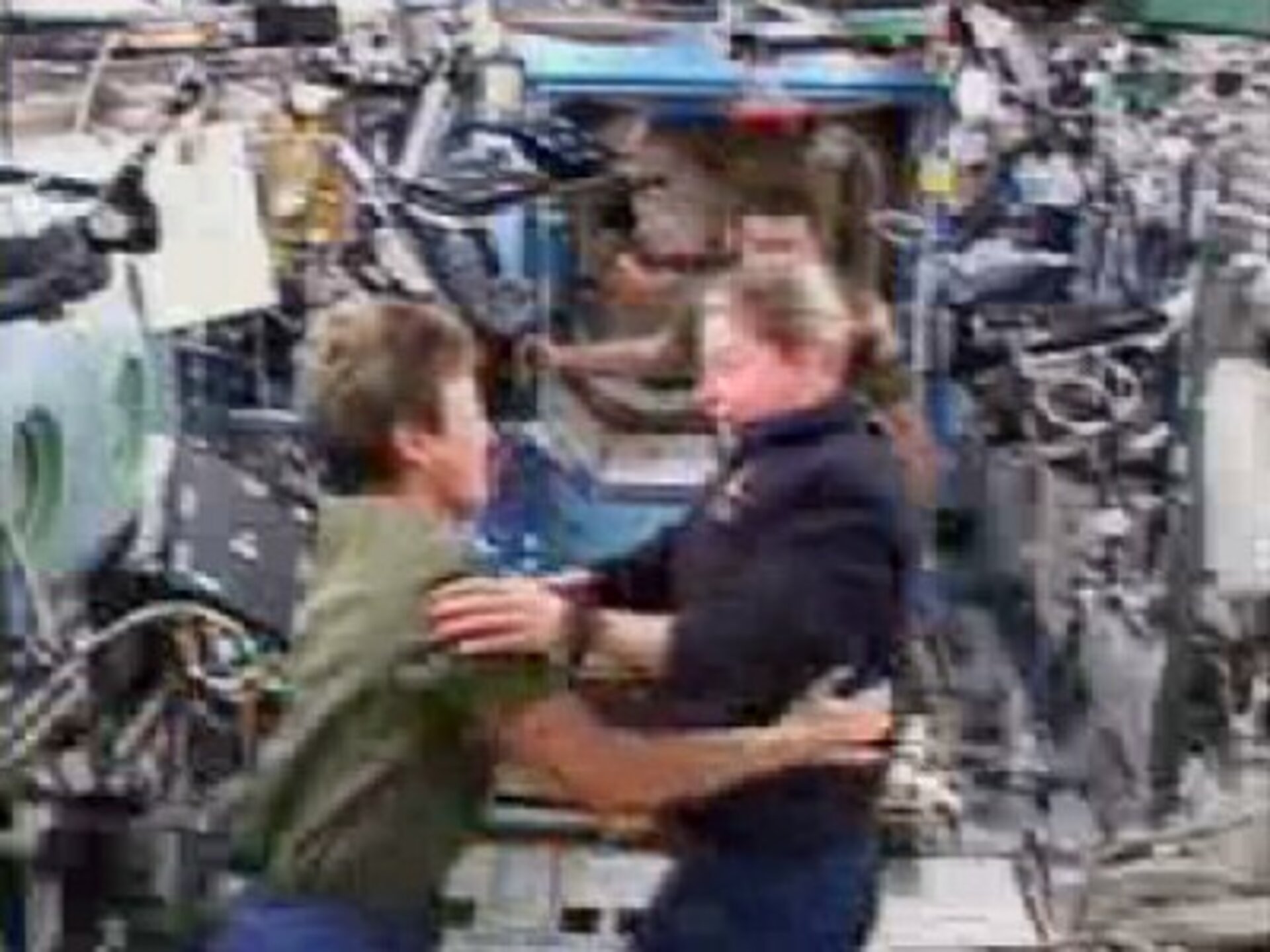 The STS-120 crew have boarded the International Space Station. After performing leak checks between the two vehicles, Discovery's crew was welcomed on board ISS by the resident Expedition 16 crew at 16:39 CEST (14:39 UT).

First to enter the ISS was Shuttle Commander Pamela Melroy. She was welcomed on board the Expedition 16 Commander Peggy Whitson - a significant moment as it is the first time both the Shuttle and ISS crews have been led by women.

After a brief welcoming ceremony, the two crews started 10-days of joint operations with a safety briefing for the new arrivals.

The remainder of the day will be spent preparing for tomorrow's spacewalk to install Harmony, the Italian-built connecting module which was carried into orbit inside Discovery's cargo bay.

Space Shuttle Discovery docked with the International Space Station at 14:40 CEST (12:40 UT) this afternoon. Amongst the seven STS-120 crew members is ESA astronaut Paolo Nespoli who becomes the third Italian to visit the ISS.