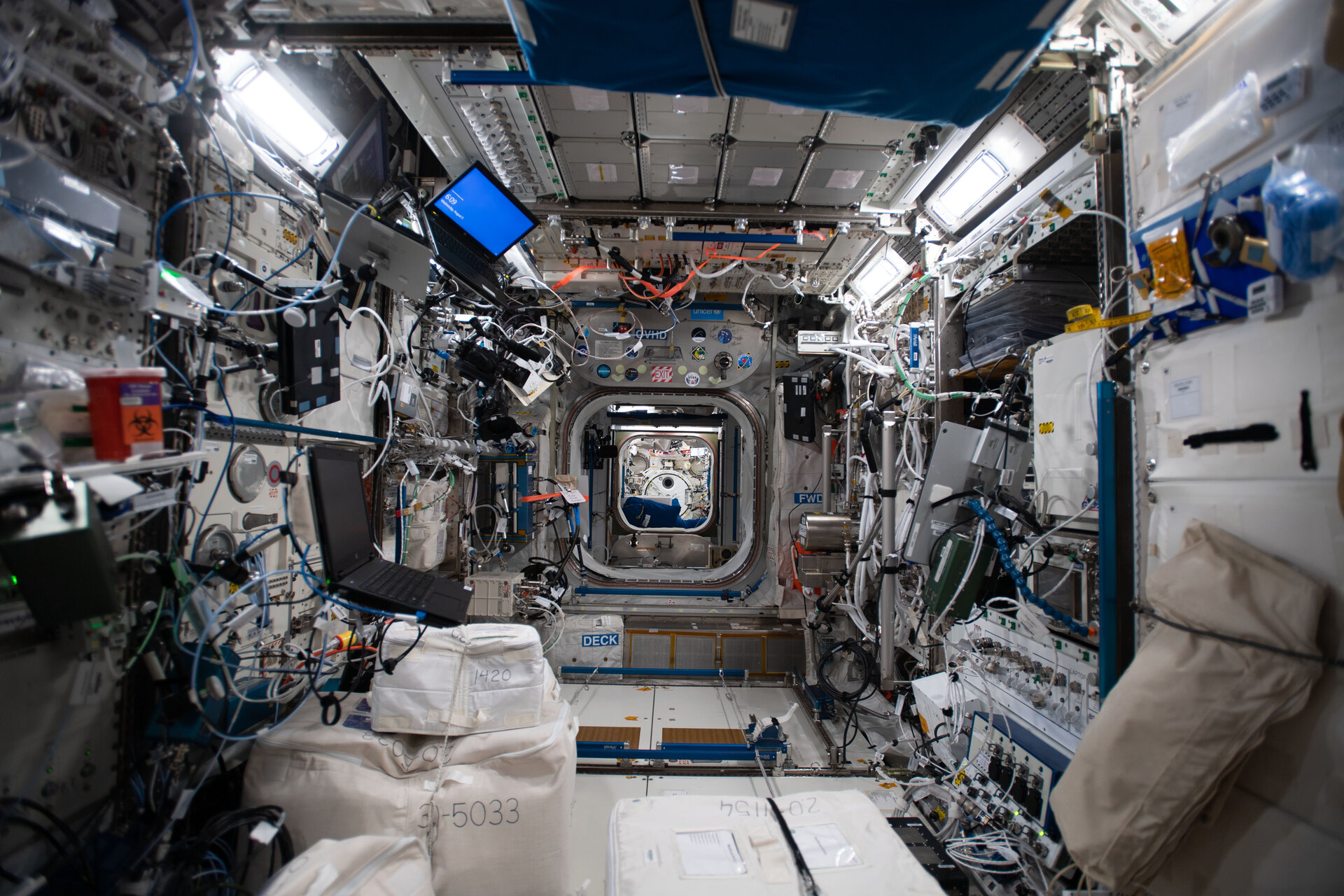 While much of Europe was on holidays in August, it was business as usual on the International Space Station. European science continued to collect data on a range of topics looking to enhance space exploration and life on Earth.

The Atmosphere–Space Interactions Monitor (ASIM), located outside the International Space Station, has been monitoring high-energy events that occur above clouds. On 10 August the science team behind one of the instruments used for observing these transient luminous events asked ground control to switch to a ten times higher sampling rate to catch meteors from the Perseid showers. This is a bonus element of ASIM outside of its primary scientific goals and the results will be interesting to see.

Fire up the levitator

The European Drawer Rack in ESA’s research module on the Space Station was activated from 3 August to prepare for a run of the Electromagnetic Levitator. This miniature furnace allows metal alloys to be melted and then solidified in mid-air so researchers can observe the process without a mould influencing results. The goal is to get a better understanding of metallurgy with a view to produce better, lighter and stronger metal alloys on Earth. Over 40 melting cycles were conducted in August, mainly on a sample of Titanium-Zirconium-Nickel alloys. Roscosmos’s Anatoly Ivanishin was the astronaut who set up the valves and inserted the samples.

Throughout August NASA astronaut Chris Cassidy set up and monitored samples for the Foam-Coarsening experiment. Bubbles on Earth tend to disappear quickly as gravity pulls on them and breaks the structures. In space, foam bubbles are more stable offering researchers more time to study how they form and behave.

Cell cartridges in the experiment contain a mixture of soap and water. Bubbles are generated by moving a piston at high speed. The foam is observed for up to 100 hours, during which the foam bubbles become larger but less in number. This process slows down over time so measurements stop when five bubbles are formed in each cell section. The results are analysed with laser optics and high-resolution cameras.

Anatoly helped Chris take measurements of his muscle tone for the Myotones experiment on 20 August. This was the third measurement of four to track how astronauts’ muscles react to living in weightlessness. The measurements are done using a non-invasive, roughly smart-phone sized portable device called a MyotonPRO. Besides aiding space travel, this type of research could help improve the lives of many people on Earth. Elbow and back pain are common complaints for office workers and those carrying heavy loads, while the elderly, those on prolonged bed rest and people living sedentary lifestyles suffer from stiffness or a decline in function.

The Space Station is full of high-tech equipment and these require regular maintenance. Chris switched on and reviewed the biology laboratory Biolab for its annual check-up, and the Life Support Rack was switched on for a quarterly valve check and a software update.

Meanwhile, the regular experiments that run silently in the background did their thing without interruption. The Matiss boxes collected dust and bacteria as planned to assess new surfaces for future spacecraft; hibernating grape vines are settled well in cold storage to see how plants cope with weightlessness; the radiation monitors Dosis-3D continue to collect data on cosmic radiation and how much passes through the Space Station hull; and the commercial ICE Cubes facility was running throughout August for its three cubes, looking at cyber security in space and a plant synthetic biology experiment from the International Space University.