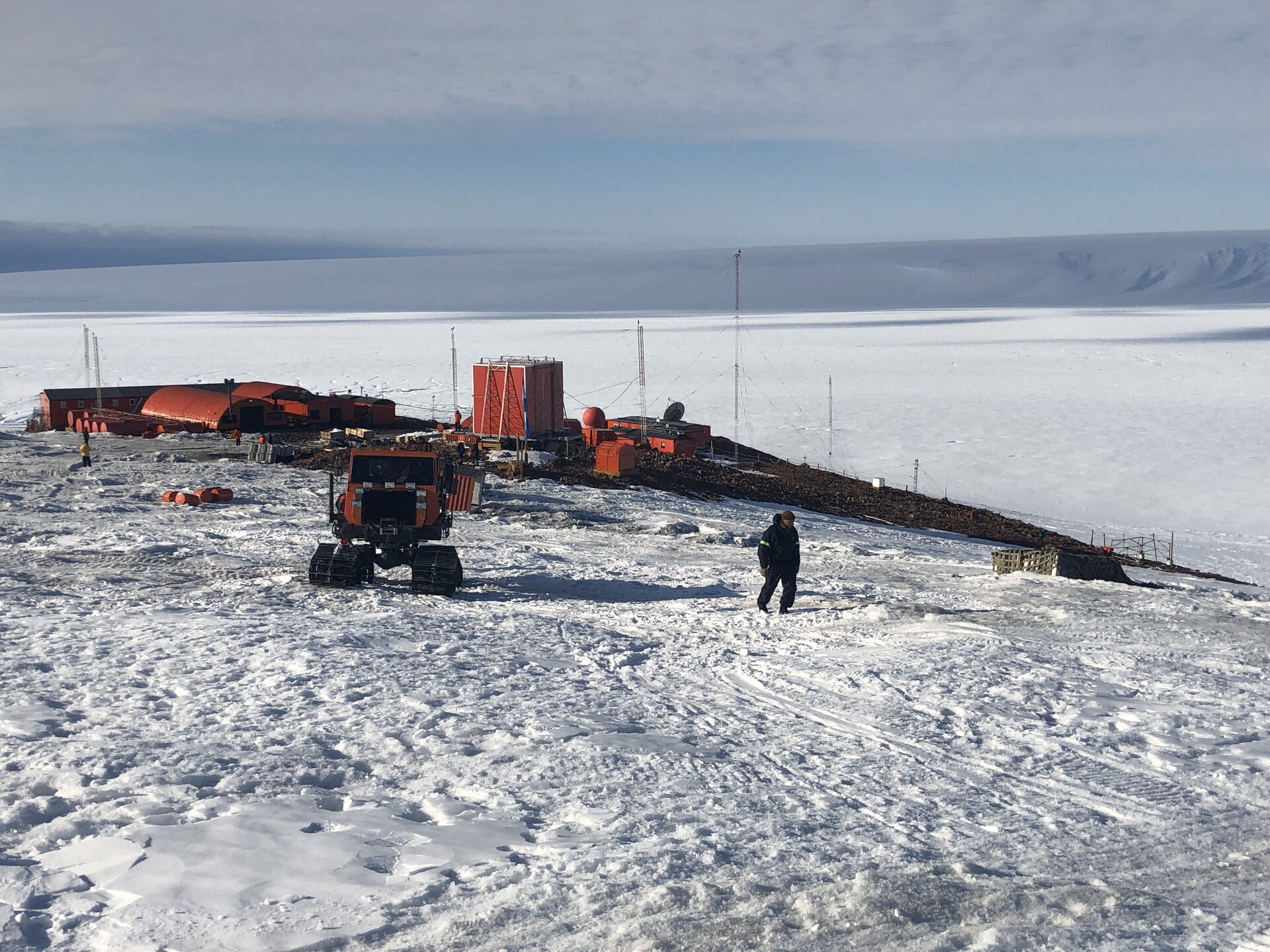 ESA is working with Argentina to test telemedicine device Tempus Pro in the harsh conditions of Antarctica as Europe prepares for its next phase of human exploration in space.

The development of these devices was supported by ESA and it is thought they could be used by astronauts and medical teams during future exploration missions. The testing and validation of Tempus Pro in Argentinian Antarctic bases marks a new era of cooperation between ESA and Argentina – a nation that is already a long-standing partner of ESA in Latin America.

ESA telemedicine monitors have been deployed for testing at two of Argentina’s Antarctic bases – Belgrano II and Carlini.

Belgrano II is located less than 1 300 km from the South Pole, with temperatures that can drop below –35oC over summer. Isolated, and built on rocky outcrops, it is seen as a good analogue for missions to the Moon and Mars.

Carlini is located at South Coast Potter Cove, on King George Island. Being less isolated than Belgrano II, it will allow teams to compare two different, but extreme, environments.

Tempus Pro telemedicine devices have been used by ESA medical teams to record and transmit the vital signs of ESA astronauts after landing since the return of Thomas Pesquet from his Proxima mission in May 2017. The technology will be used again in February when ESA astronaut Luca Parmitano returns from his second six-month mission to the International Space Station, known as ‘Beyond’.

The device also allows geolocation and voice communications between rescue teams and receivers and is regularly used by civilians and military personnel around the world to measure and transmit life parameters such as a patient’s heartrate, blood pressure, respiration rate and temperature to medical doctors.

The harsh environment of Antarctica will provide the ultimate viability test.

Members of ESA’s space medicine team at ESA’s astronaut centre (EAC) in Cologne, Germany prepared the Tempus Pro devices for testing in Earth’s southernmost continent in late 2019. Dr Victor Demaria-Pesce, senior scientific advisor at EAC, and Dr Daniel Vigo from the Catholic University of Argentina then travelled to Antarctica with the devices to support their deployment and the testing that is currently underway.

Victor and Daniel believe the strength of Tempus Pro lies in the way the device combines all medical techniques needed to carry out an initial medical assessment in a single, robust unit, as well as its flexibility to transmit information via a range of voice and data networks. Non-medical users can also operate the units thanks to detailed instructions on screen.

In Antarctica, there are few reliable options for data transmission. In addition to their own base transmission systems, operators will use an antenna to connect Tempus Pro to the Iridium satellite network that orbits Earth. These satellites will then retransmit the medical data to a receiver in a different location.

Made up of 66 cross-linked satellites in Low-Earth Orbit, the Iridium network enables global coverage even when traditional systems are unavailable and will allow users in Antarctica to communicate, by voice in addition to sending data, with the medical team at EAC as well as Dr Juan Manuel Cuiuli and colleagues from the Joint Antarctic Command in Buenos Aires, Argentina.

Six simulations, similar to what astronauts may encounter during future missions to the Moon and Mars, are planned for the two Tempus Pro devices during their time in Antarctica. These simulations include nominal and off-nominal scenarios such as emergencies where the medical officer is incapacitated, medical emergencies in an outdoor environment and situations where communication is limited.

The devices will be used by researchers as well as by the medical officer of the bases for everyday medical purposes while the technology is evaluated for potential use during space missions.

The Tempus Pro devices were developed in the UK with funding and support from the Business Applications part of ESA’s Advanced Research in Telecommunications Systems programme.

“The fact that ESA’s medical operations team already use this commercially-successful technology for their operations as well space exploration preparatory activities closes the loop nicely,” says Arnaud Runge, medical engineer who supervised the technical development of the Tempus Pro. “It demonstrates ESA’s ability to support industry in many different areas”.

Their journey to Antarctica marks the first step in a recent agreement between ESA, the Argentine Antarctic Directorate (DNA) and the National Commission of Space Activities (CONAE). This growing scientific cooperation will include other institutions such as the Catholic University of Argentina, National University of Quilmes and CONICET. It will allow further development of scientific and operational projects in the extreme environment of the Antarctic continent as ESA prepares for further exploration of our solar system.

First results of the experiments should be available in the coming weeks and demonstrate how Tempus Pro can be used to medically support a crew of explorers in a situation and environment that most closely resembles what future astronauts will encounter on Mars.