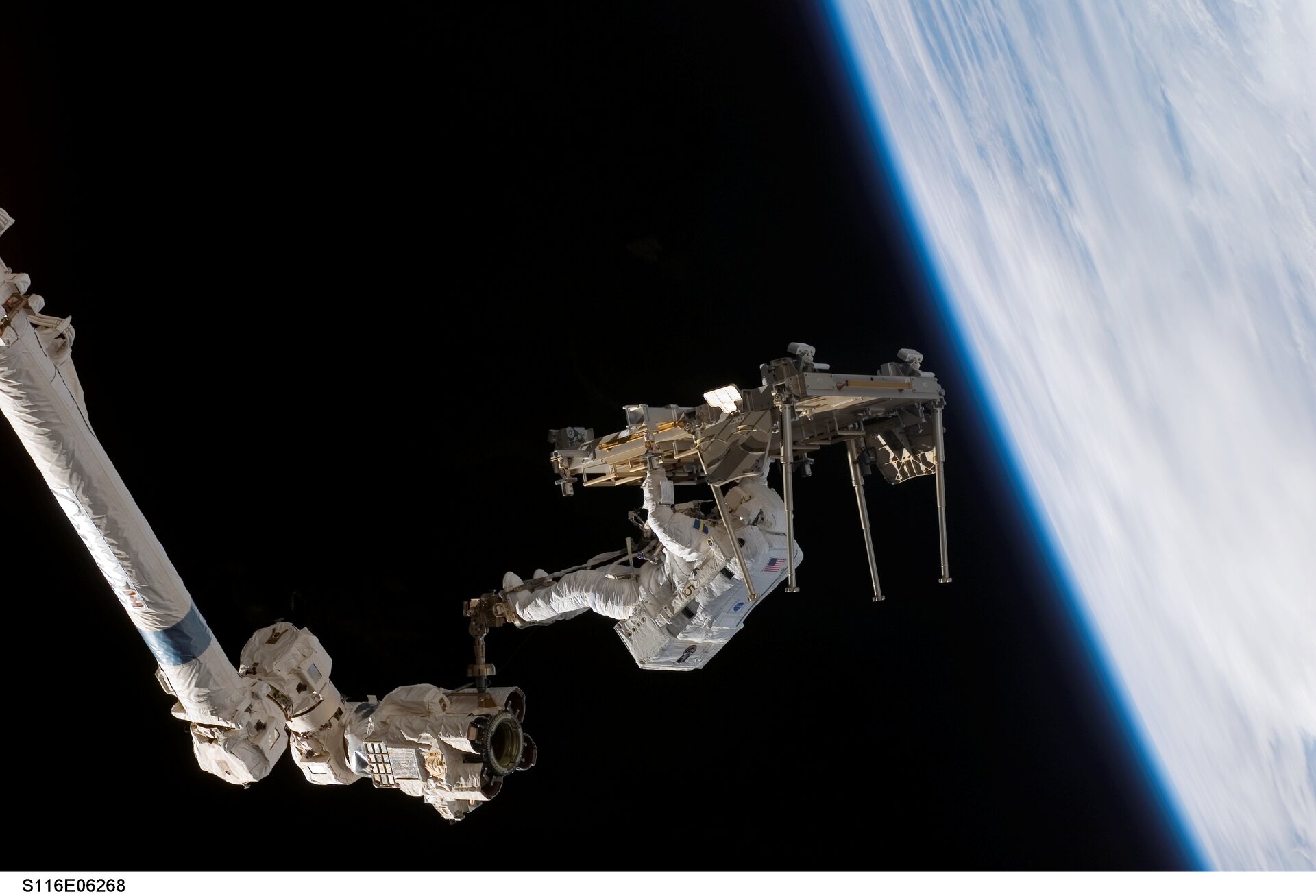 There are no astonishing inventions or scientific breakthroughs that space research has produced, but countless small advances and background work have benefited us on Earth. And this is only the beginning.

Christer Fuglesang has flown twice in space and has roots deeply embedded in science. He came to ESA from the CERN nuclear physics research establishment, and he has not shaken off science even during his busy preparations for spaceflight. Now he is heading ESA’s division that is defining Europe’s scientific exploitation of the International Space Station (ISS).

“Speaking about the scientific work on the ISS is sometimes difficult, because I can’t show a list of widely known achievements that have been made in space,” says Christer with a sigh.

“But also here on Earth the majority of laboratories and research facilities have to go on with their daily work without Nobel prizes. It doesn’t make their work less important.

“We have three special laboratory modules attached to the Station and doing research is a part of the daily routine up there. Our European Columbus laboratory is fully used, but the door is always open for new research.”

Microgravity is one of the most interesting features that space has to offer. Studying physical phenomena, chemical reactions and biological processes is important in the absence of gravitational effects because everything we do on Earth is affected by gravity.

Space experiments have shown how some of the most stunning phenomena can be reproduced, in Earth’s gravity. “Like growing big crystals or mixing difficult metal alloys,” says Christer.

“Thanks to research in space, we have acquired the knowledge so that many of these difficult processes can now be done in normal laboratories on Earth.”

In some cases, the advanced simulations that are run on computers need the fundamental parameters that can be measured only in space.

Astronomical observations are building our understanding of the Universe. Verifying the basic laws of nature is reinforcing the foundations of science. The Space Station will make important contributions to this exciting fundamental field of physics.

Life sciences studies best illustrate the direct benefits of research in space: studying the adaptation of humans to weightlessness has not only made long space missions easier for astronauts, but also brought hope to people suffering from osteoporosis, cardiovascular diseases, age-related problems and many others.

Light, transportable and easy-use equipment designed for use in space has found its way into daily medical work.

“Science on the Station is not disconnected from science on Earth. We are studying the same issues in similar ways, but in a different environment,” explains Christer.

“We don’t know yet all the possible uses of the space environment. We’re still in the very early phase of the learning curve.

“We know that there are many connecting points and we’re calling all scientists in Europe to think about the possible use of the ISS in their research. It can be something that has not been done much in the past, like doing Earth observation from the Station.”

Contacts from the countries not participating in ESA’s human spaceflight and microgravity research programme are also welcome. For instance, the Neurospat experiment now being performed on Paolo Nespoli’s MagISStra mission is from Hungary.

“If you know what to do, we know how that can be done in space,” concludes Christer, with a direct challenge to the scientists.