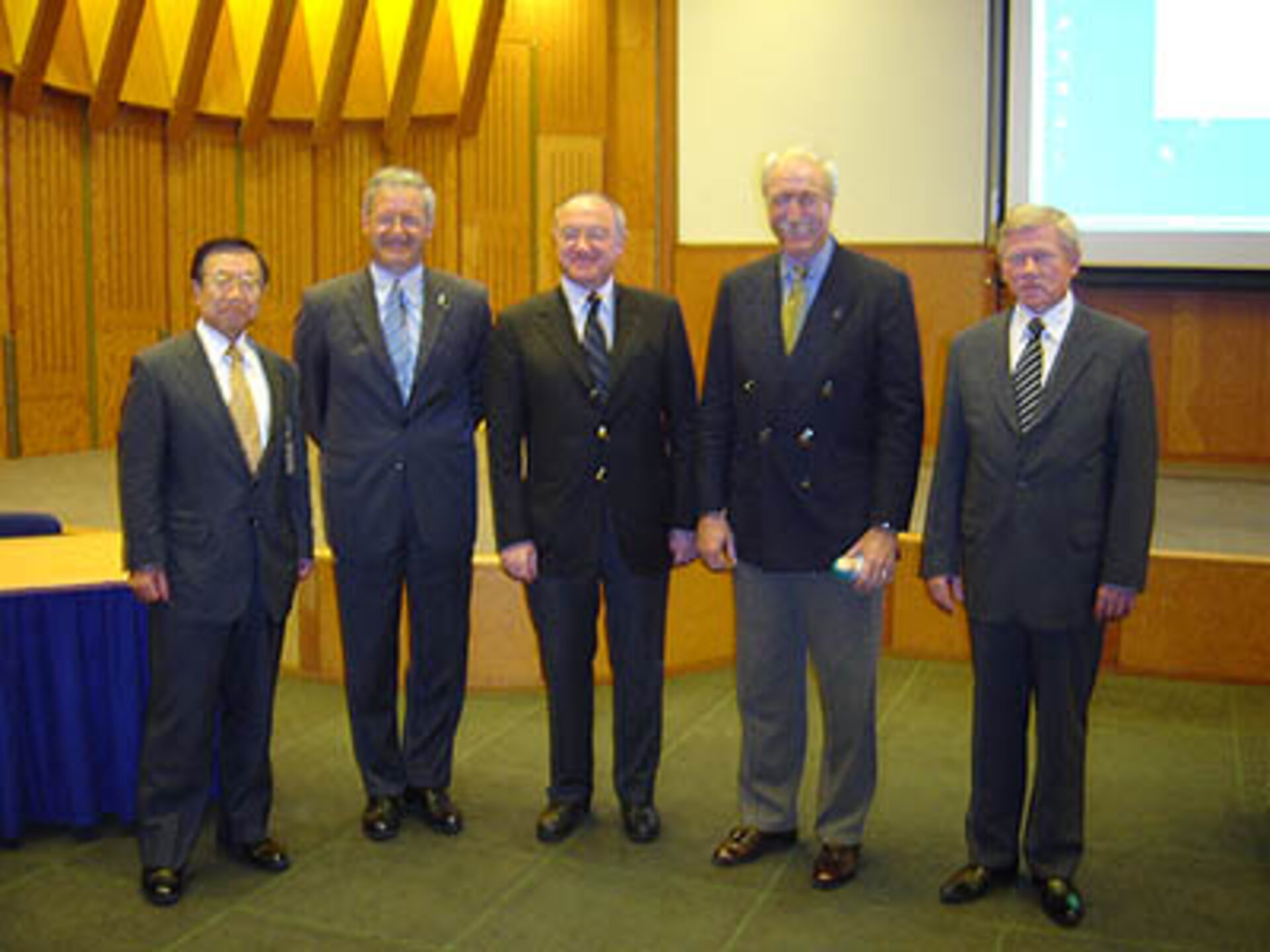 At this meeting, the ISS Partnership unanimously endorsed the ISS technical configuration and reviewed the status of ISS on-orbit operations and plans. The new ISS configuration is planned for completion by the end of the decade and will accommodate on-orbit elements from each of the ISS Partners. The configuration will enable increased utilization and will provide early opportunities for an enhanced crew of greater than three people.

The ISS Partnership’s endorsement of this configuration provides a clear basis for completion of programmatic and financial evaluation and subsequent agreement on a transportation and logistics framework that will support assembly and operation of ISS.

This framework will be supported by Russian Soyuz vehicles, the US Space Shuttle, the automated logistics re-supply and re-boost capabilities provided by Russian Progress vehicles, and the transfer vehicles ATV and HTV to be provided by Europe and Japan.

The partnership also agreed that additional assessments would be conducted to confirm the ISS flight programme in a nominal mode and to evaluate further opportunities to accelerate the launch of the Japanese and European research modules JEM (Kibo) and Columbus, as well as establishing a specific schedule to enhance the permanent crew.

NASA and FSA once again reconfirmed their commitment to support individually and cooperatively, in 2005, uninterrupted human presence on the ISS of the integrated crew, provide for its rotation and rescue on a parity basis. For that they agree to complete agreements on mutual responsibilities for ISS as soon as possible. The results of these assessments will be reviewed at the next ISS Heads of Agency meeting in early 2005 leading to the Partnership’s final endorsement of the ISS configuration.

During their discussions, the space agency leadership reaffirmed their enduring commitment to the unprecedented international cooperation that has characterised the ISS Programme. In particular, they expressed their appreciation of Russia’s significant efforts, through the provision of crew transportation and re-supply capabilities, to safely maintain a human presence on-orbit during the current hiatus in Space Shuttle flights. They also expressed appreciation for NASA’s continuing efforts to safely return the Space Shuttle to flight in the March 2005 timeframe as a significant step for continuing ISS assembly and operations.

The leaders of the ISS partnership also noted the continued success of on-orbit ISS utilization and operations activities, including the spacewalk on 30 June 2004 by Expedition 9 Commander Gennady Padalka and NASA ISS Science Officer Mike Fincke, and the April 2004 research mission to ISS by ESA astronaut André Kuipers, as well as continuing successful critical on-orbit operations of Canada’s Canadarm 2.