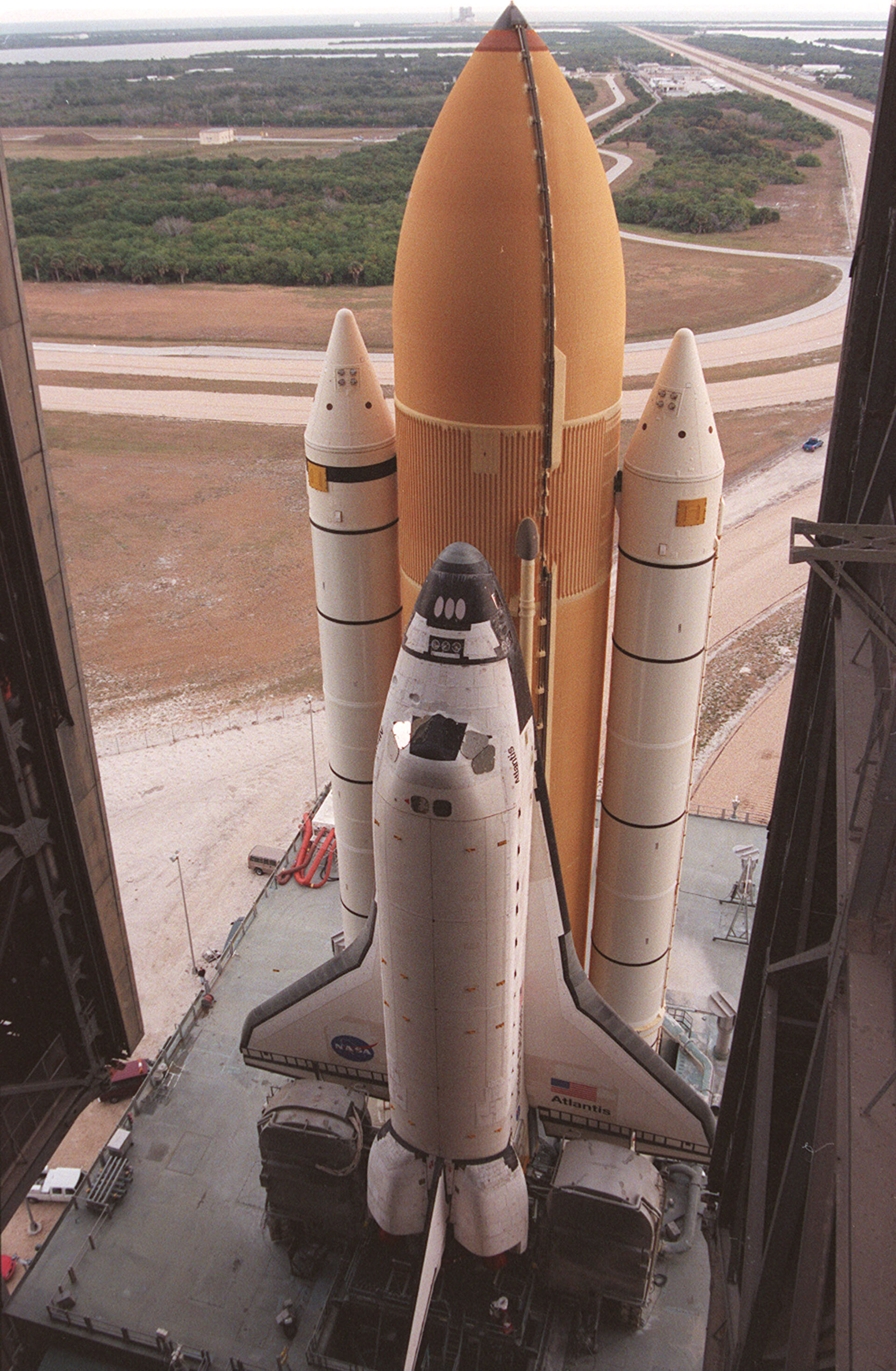 The crew of the International Space Station (ISS) continue preparations for the arrival of Destiny, the US laboratory for international research, despite an estimated delay of three weeks in its arrival.

Space Shuttle Atlantis was scheduled for liftoff today but concerns about the 36 solid rocket booster cables on the Shuttle brought preparations to a halt on Monday 15 January. Atlantis is due to be rolled back from the launch pad today and taken to the vehicle assembly building for further checks. The first possible date for its launch has been given as 6 February.

Meanwhile work continues on the ISS. During the last week the three astronauts on board reinstated the use of all eight batteries inside the Zvezda module by replacing a faulty current converter unit. In preparation for the installation of the Destiny module they also moved an air duct obstructing the movement of one of the four berthing latches in the shuttle docking port. This will allow the port to be removed and relocated to the opposite end of the laboratory.

Next week the crew will continue their inventory of equipment and supplies on board the ISS and remove any items blocking the passageways that will be used by the two crews once the Atlantis has docked. The astronauts will also review all the documentation and procedures for docking, practice drills for an emergency departure and take part in conferences with technical specialists.

The crew of the ISS, which orbits the Earth every 90 minutes at an altitude of approximately 383 kilometres, has now been on board the station for 80 days.