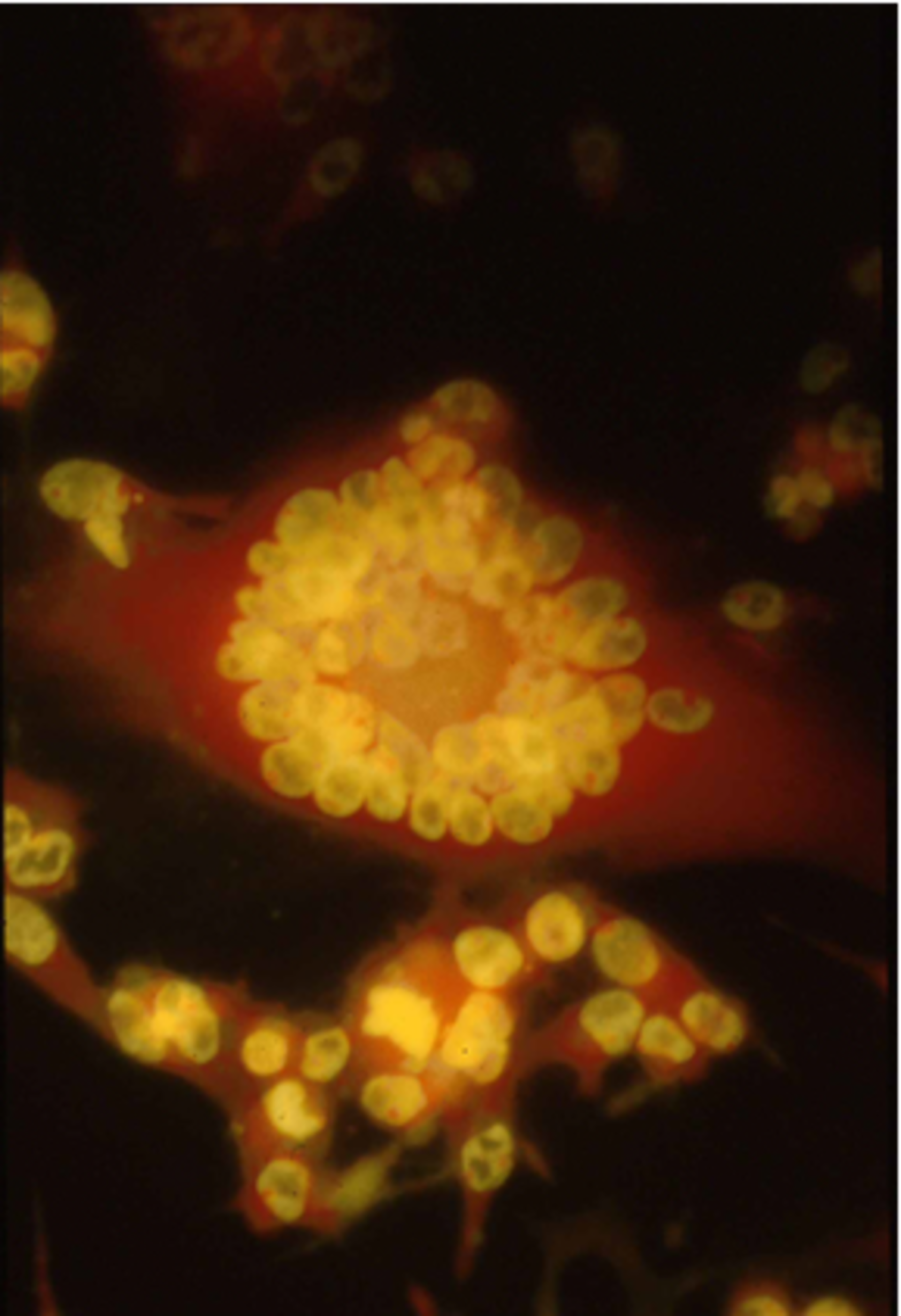 The physiological, emotional and psychological stress associated with spaceflight can result in decreased immunity that reactivates the virus that causes shingles, a disease punctuated by painful skin lesions. NASA has developed a technology that can detect immune changes early enough to begin treatment before painful lesions appear in astronauts and people here on Earth.

This early detection and treatment will reduce the duration of the disease and the incidence of long-term consequences.

Spaceflight alters some elements of the human immune system: innate immunity, an early line of defense against infectious agents, and specific components of cellular immunity are decreased in astronauts. Astronauts do not experience increased incidence or severity of infectious disease during short-duration spaceflight, but NASA scientists are concerned about how the immune system will function over the long stays in space that may be required for exploration missions.

Selecting one or more biomarkers or indicators of immunity in healthy individuals is difficult, but the herpes viruses have become valuable tools in early detection of changes in the immune system, based largely on the astronaut studies. Eight herpes viruses may reside in the human body, and virtually all of us are infected by one or more of these viruses. Herpes viruses cause diseases including common “fever blisters” (herpes simplex virus or HSV), infectious mononucleosis (Epstein-Barr virus or EBV) and chicken pox and shingles (varicella zoster virus or VZV). In immune-suppressed individuals, herpes viruses may cause several types of cancer, such as carcinoma, lymphoproliferative disease and others.

According to the Centers for Disease Control and Prevention, one million cases of shingles occur yearly in the U.S., and 100,000 to 200,000 of these cases develop into a particularly painful and sometimes debilitating condition known as post-herpetic neuralgia, which can last for months or years. The other seven herpes viruses also exist in an inactive state in different body tissues much like VZV, and similarly they may also reactivate and cause disease during periods of decreased immunity.

The most common cause of decreasing immunity is age, but chronic stress also results in decreased immunity and increases risk of the secondary disease, such as VZV-driven shingles. Chemotherapy, organ transplants and infectious diseases, such as human immunodeficiency virus or HIV, also result in decreased immunity. Thus, viral reactivation has been identified as an important indicator of clinically relevant immune changes. Studies of immune-compromised individuals indicate that these patients shed EBV in saliva at rates 90-fold higher than found in healthy individuals.

The herpes viruses are already present in astronauts, as they are in at least 95 percent of the general adult population worldwide. So measuring the appearance of herpes viruses in astronaut body fluids serves as a much-needed immune biomarker. It is widely believed that various stressors associated with spaceflight are responsible for the observed decreased immunity. Researchers at NASA’s Johnson Space Center found that four human herpes viruses reactivate and appear in body fluids in response to spaceflight. Due to the reduced cellular immunity, the viruses are allowed to emerge from their latent state into active infectious agents. The multiplying viruses are released into saliva, urine or blood and can be detected and quantified by a polymerase chain reaction or PCR assay for each specific virus. The PCR assay detects viral DNA and is very sensitive and highly specific, allowing the user to selectively replicate viral DNA sequences. The finding of VZV in saliva of astronauts was the first report of VZV being reactivated and shed in asymptomatic individuals. Subsequently, the VZV shed in astronaut saliva was found to be intact and infectious, posing a risk of disease in uninfected individuals.

PCR technology also was utilized to study VZV-induced shingles in patients from the general population. In the study, which merged the experience of physicians at the University of Texas Health Science Center in Houston and NASA scientists at Johnson Space Center, salivary VZV was present in each of the 54 shingles patients on the day treatment was initiated. Pain and skin lesions decreased following antiviral treatment, and levels of VZV decreased as well. The lower levels of VZV copies in shingles patients before treatment overlapped the upper range of VZV levels in astronauts, suggesting a potential risk of shingles from VZV reactivation in space.This early-detection technology was used to facilitate early diagnosis of shingles in a 21-year-old patient, resulting in early medical intervention. This quick action prevented the formation of skin lesions and reduced the duration of pain associated with acute disease. In another NASA study, spaceflight PCR technology was utilized to detect VZV in the serum and peripheral blood mononuclear cells of all 25 shingles patients, demonstrating for the first time that viremia (virus in the blood) is a common manifestation of shingles. However, the PCR assay requires large, complex equipment, which is not practical for space flight.To overcome this obstacle in an effort to investigate viral reactivation in crew members, NASA developed a rapid method of detection of VZV in body fluids, and a patent application is currently pending for it. The new technology requires a small sample of saliva, which is mixed with specialized reagents that produce a red color only when VZV is present. This technology makes possible early detection, before the appearance of skin lesions. Early detection allows for early administration of antiviral therapy and thus limits nerve damage and prevents overt disease. Rapid intervention is expected to prevent post-herpetic neuralgia. The device is designed for use in doctors’ offices or spacecraft and can be modified easily for use with other viruses in saliva, urine, blood and spinal fluid. The sensitivity and specificity emanates from an antibody-antigen reaction.In another collaborative study, NASA and University of Colorado Health Science Center (Denver) researchers developed a collection tool for assessment of salivary stress hormones during space shuttle missions. Saliva samples are collected on individual filter paper strips and dried. The dried samples remain stable at room temperature for as long as six months to allow testing once back on Earth. The test measures cortisol and dehydroepiandrosterone (DHEA), two important stress and immune regulatory hormones. The filter paper also can be used for proteins and other molecules of interest in saliva. Booklets of these filter papers now are being used in university and government laboratories for remote saliva collection. These studies demonstrate the potential value of bringing to the general public a technology that could prevent a painful and debilitating condition in up to one million people each year in the
U.S. alone.