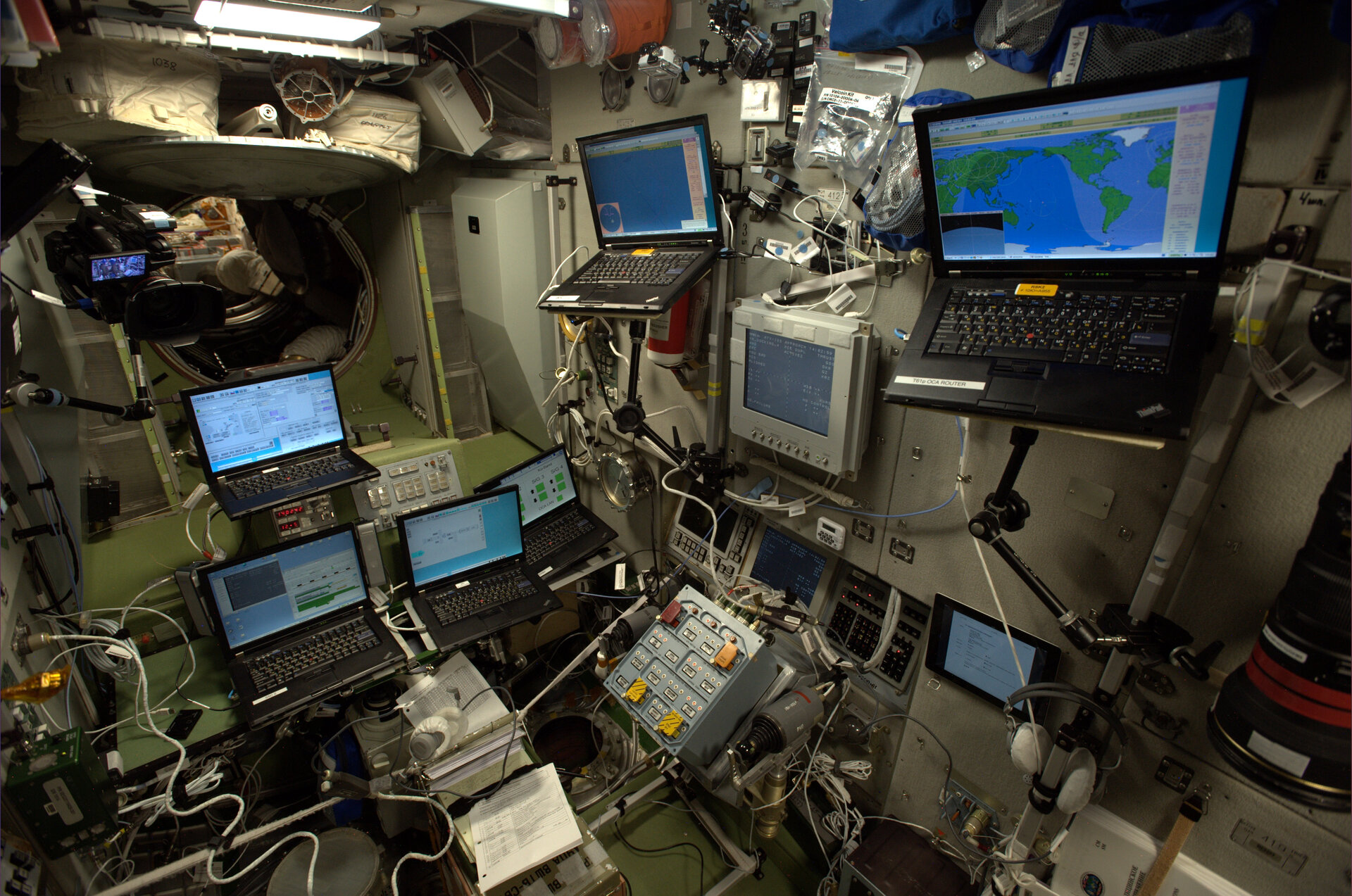 The Space Station has grown to the size of a football field and space agencies are looking to extend its lifetime until 2030. European-built computers have quietly been keeping this orbital outpost on track and in the right position, running in the background since 2000.

The Data Management System (DMS) computers in the Russian Zvezda module were built over 20 years ago by what is now Airbus. Two fault-tolerant computers collect data and provide navigation, communications and operations for the Russian segment.

These are required for International Space Station operations, and a sudden breakdown could lead to catastrophic consequences. To ensure continuity three units work in parallel with two active and one standby to take over if one fails. A fourth computer is kept as spare that is used as soon as one of the computers in active duty has problems.

More fault-tolerant computers were built for a Russian module soon to be launched to the International Space Station, the Multipurpose Laboratory Module. The new computers exhausted the spare parts kept aside for ground repairs and production of new computers.

After years of operations, engineers noticed that most of the failures on ground and on-orbit computers occurred in memory modules on one of the printed circuit boards of the computers. Each time, a failed computer was removed, returned to ground for repairs and then re-launched, with a long turn-around and impact on logistics. In addition it soon became clear that this approach was not sustainable due to the lack of parts.

Following extensive technical discussions and testing on Earth, engineers proved that a new printed circuit board, with the same form and function but built using modern and available components, could be the solution.

Teams in Russia and Europe considered upgrading the computer boards directly by an astronaut on the Space Station in weightlessness – the equivalent of open heart surgery on Earth! This was no easy task to demonstrate, considering the computers were not designed for maintenance on orbit and the units were closed with small screws, sometimes even glued in place.

Much like preparing for a spacewalk, engineers and Russian cosmonauts practiced and demonstrated the process on Earth to ensure the operations were feasible and could be performed in space without risk.

Convinced that this approach would work new computer boards were ordered in 2015 and sent to the Space Station in 2018.

Waiting for the new mainboards to reach the Space Station, a failed computer was kept on-orbit. When the new parts and trained astronauts arrived teams decided to use a failed unit as a test case.

In January 2019 the older board was replaced with the new stock. At that time cosmonauts confirmed that the computer had survived the operation but were not yet certain that it was fully fit. Crew time in space is scarce and the teams planned to wait for the next failure before installing the computer that had undergone a heart transplant and fully check it. Last month one of the old computers had problems and so it was removed and replaced with the new unit.

All is now confirmed to be working properly, with great satisfaction to the personnel at RSC-Energia, Airbus and ESA. This solution requires less costly transport to Earth orbit as only the boards need to be swapped instead of the whole units – the repair time is now reduced from six months to a few days.

This kind of behind-the-scenes work is the type that does not get much attention unless something goes wrong, but the new approach is needed as humans explore farther into our Solar System, starting on the Gateway, where supplies from Earth are not readily available.