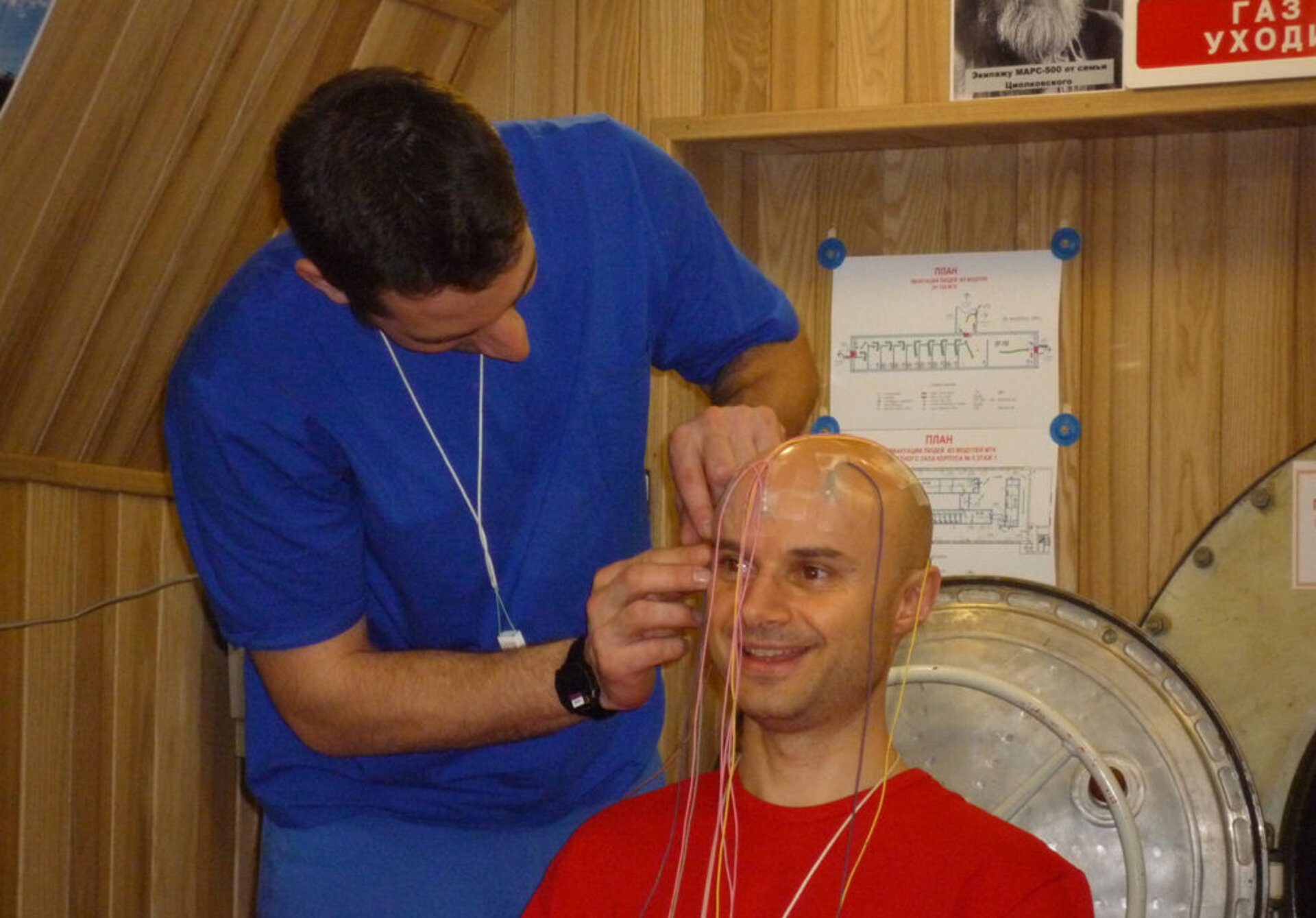 As Cyrille already mentioned in the last diary entry, we finished the second week and thereby started the third week in isolation with cosmonauts' day on 12 April, the 48th anniversary of Yuri Gagarin's and humankind’s first flight to the cosmos. We received congratulations from ESA and IBMP officials, cosmonauts sent us their greetings and even a school class came to IBMP on Sunday to talk to us on the phone.

One schoolgirl, about 14 years old, had a song prepared for us that she played in the ground control room so we could listen to it via the speakers in the module. In the evening we had a nice dinner together having saved all the cakes and tasty food scheduled for this day for our festival in the evening.

We spiced up our food with vegetables from the greenhouse which we had saved for a couple of days. After dinner, we sat down together in our crew module and sang songs together while Sergey, the Russian commander of the crew, accompanied us with his guitar. Cyrille had the great idea to make drums and rattles out of empty plastic containers that we use to collect liquids for some of the experiments. So altogether we had a nice improvised band.

Later that night we played poker. While I had no experience of this game before, I was quite surprised by the gambling skills of my crew comrades. After not too long I didn't have any chips left, while in front of them the chips piled up. We had a great time and decided to keep on working on our poker skills over the next 12 weeks.

During the week, Cyrille and I conducted our first electronic nose experiment during isolation. The electronic nose is a device which sucks in air just like a real nose and then uses a special filter system to detect the presence of bacteria and fungi. Fortunately we have not found any dangerous pathogens so far.

We also started our first recording of brainwaves during sleep with an EEG device to investigate the impact of isolation on our sleep behaviour. We had quite a surprise because although we checked twice that the power plug was connected for Cyrille's EEG device, we found it unplugged the next morning so the device had stopped working after a couple of hours when the batteries were empty.

The next day we repeated the procedure with a triple check of his EEG device being plugged in. But the next morning it was unplugged again. Since then we are looking for the ghost of Cyrille’s quarters who wants to accompany us on our simulated journey to Mars. The person on nightshift was given the order to quietly check if Cyrille's device is still plugged in once every two hours during the night.

We finished the week with our weekly 15 minutes per person in the module’s one sq m sauna, and with Sunday being orthodox Easter, our Russian comrades offered us one 'space chocolate egg' each.

So we are looking forward to our fourth week in isolation, with a great atmosphere amongst the crew and lots of very interesting and valuable experiences so far.