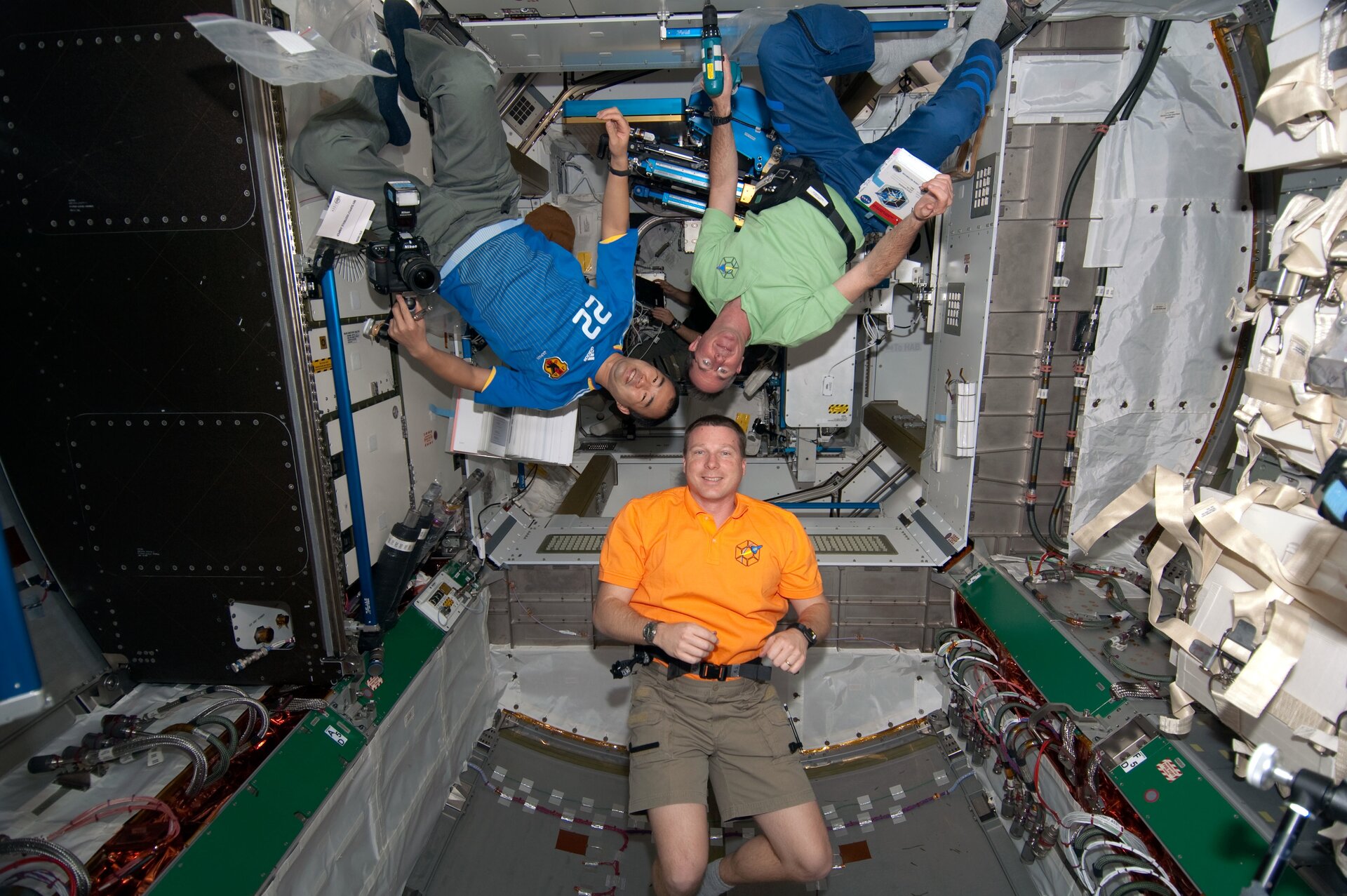 The biggest window ever launched to space has been installed in its final position on the Earth-facing port of Node-3. The latches and 16 electrically driven bolts were engaged today at 07:31 CET (06:31 GMT). Opening of the window shutters is foreseen for Wednesday.

During the launch of Endeavour, the Cupola was attached to Node-3’s end cone docking port, After installing Node-3 on Friday and preparing Cupola for relocation, Cupola was this morning released and manoeuvred to the Node-3’s Earth-facing port where it was reberthed.

Electrical and water lines are now being connected between Node-3 and Cupola, and the Cupola’s window heaters are being activated. Activities related to making Node-3 fully functional also continue.

Meanwhile other outfitting tasks inside Node-3 are being carried out, including removal of all panel launch bolts and the installation of two sampling tools over the thermal lines that will be used to extract water sample for analysis.

During tomorrow’s spacewalk astronauts Behnken and Patrick will open the second ammonia loop for Node-3’s External Thermal Control System and disconnect the power line for the temporary heaters. The astronauts will also remove the insulating blankets covering the Cupola, which were needed during transfer to the ISS. The thermal shroud will be jettisoned on removal. Once the thermal blankets have gone the launch bolts that secure the Cupola’s window shutters in place (three bolts per shutter) can be removed. After installation of handrails and fixtures that will help astronauts on future EVAs, the Cupola will be ready for operation.