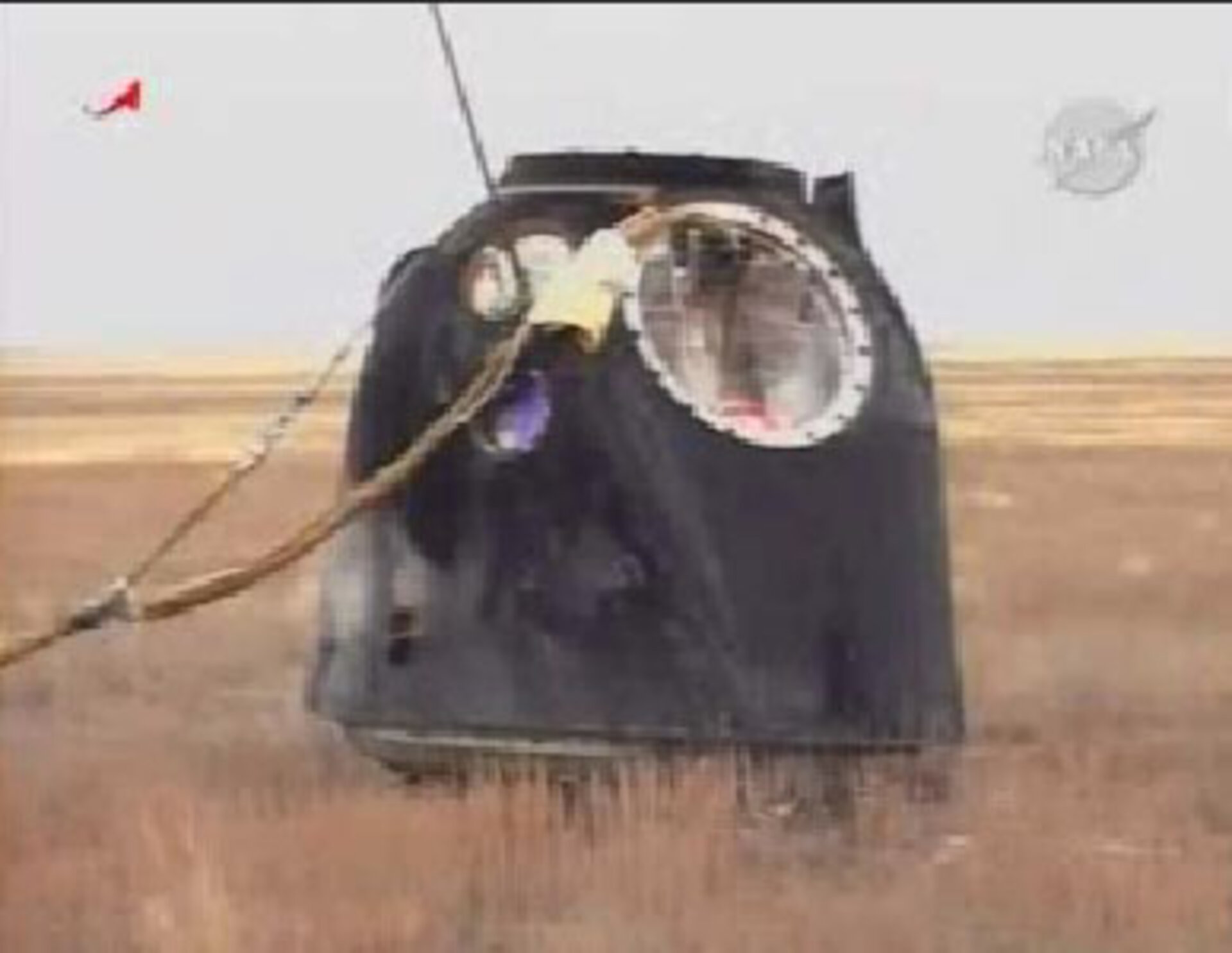 The landing concluded the six-month OasISS mission, ESA’s second long-duration mission to the International Space Station (ISS). This flight saw Frank De Winne, from Belgium, become the first European to take command of the largest human outpost ever assembled in space. When De Winne, Romanenko and Thirsk arrived on the ISS in May 2009, they joined the three resident astronauts to form the first permanent crew of six, allowing more scientific experiments to be conducted onboard.

In August 2009, De Winne was joined by ESA astronaut Christer Fuglesang, from Sweden, as part of the 14-day Alissé mission on the Space Shuttle STS-128 flight. Fuglesang participated in two spacewalks and returned to Earth with the first external payload from Europe’s Columbus laboratory module. The European Technology Exposure Facility had been in space since February 2008 and continues to yield a wealth of samples and data for the international science teams.

During his six months on the ISS, De Winne was instrumental in performing the robotic operations during which Japan’s HTV 1 supply ferry was attached to the ISS and the external payloads of Japan’s Kibo laboratory were installed.

Together with his Expedition 20 and 21 crewmembers, De Winne carried out a variety of scientific experiments. Advanced materials research was boosted with the commissioning of the Materials Science Laboratory, inside which two experiments were conducted to understand the solidification of metal alloys to help optimise industrial processes. In ESA’s Protein Crystallisation Diagnostics Facility, protein crystal growth was studied for over three and a half months. Good quality, stable crystals were returned to the waiting scientific teams to investigate how these proteins grow.

De Winne and his crew carried out various human physiology experiments to find out more about cardiovascular adaptations in space, salt retention in humans and how our three-dimensional perception changes in microgravity. In ESA’s Biolab facility, the Yeast experiment sought insight into the formation of organised cell structures.

De Winne worked again with ESA’s Microgravity Science Glovebox, having already used it on his first mission to the ISS in 2002. This time he installed the Selectable Optical Diagnostics Instrument and performed an experiment that will shed light on how vibration influences the diffusion of liquids.

"ESA's OasISS mission was a total success," said Simonetta Di Pippo, ESA Director of Human Spaceflight, who attended the landing event at the Russian Mission Control Centre near Moscow. "We were able to achieve all the goals we set at the beginning of the mission in terms of science, space operations, education and outreach. With a European astronaut onboard, we can conduct considerably more scientific experiments and increase our ability to exploit the ISS. Europe should have at least one astronaut onboard the ISS every year. This year's two successful missions (OasISS and Alissé) demonstrate the soundness of our exploitation programme and prepare the ground for confirmation of Europe's participation in the ISS lifetime extension. I am already looking forward to the next two European missions to the ISS in 2010 and the subsequent missions."

Next in line to fly to the ISS is ESA astronaut Roberto Vittori, from Italy, who will participate in the STS-134 mission in July 2010 to deliver the Alpha Magnetic Spectrometer (AMS). Astronauts Paolo Nespoli, also of Italy, and André Kuipers, from the Netherlands, will follow, each for a six-month flight, as European crewmembers on Expedition 26/27 in 2010/11 and Expedition 30/31 in 2011/12, respectively.

The final European pressurised module of the ISS, Node-3, will fly in February next year on STS-130, together with the European-built Cupola observation dome, which will give astronauts a panoramic view for observing Earth and guiding operations outside the station.