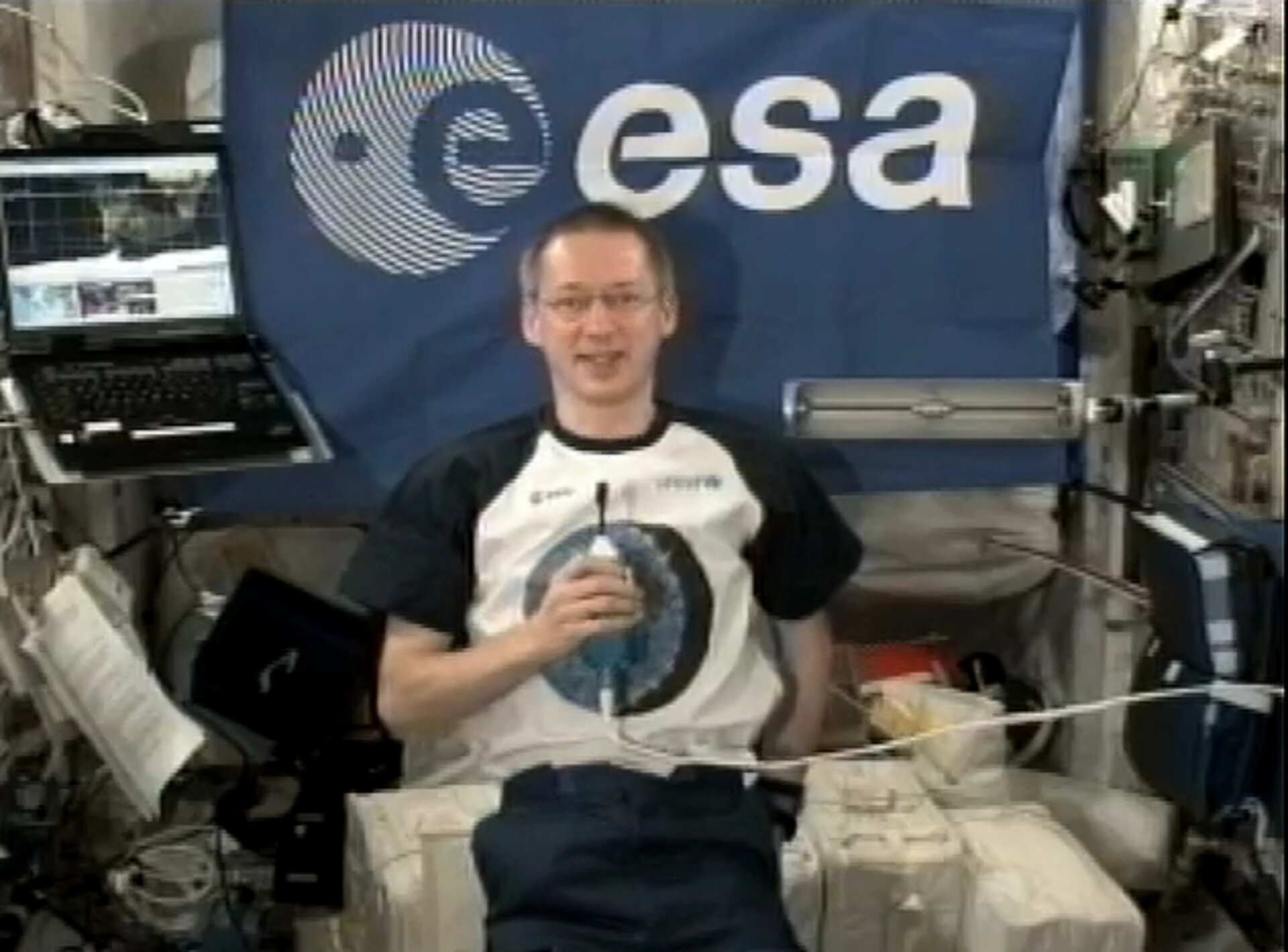 Hundreds of schoolchildren were linked to a special classroom today when ESA astronaut Frank De Winne demonstrated a curriculum-related experiment in space from inside the European Columbus laboratory during a live link-up between the International Space Station and four European science museums.

During the twenty minute link-up, De Winne conducted the 'Do objects have weight in space?' experiment that was proposed by European teachers in response to a call for experiments that can be carried out on the International Space Station (ISS) to demonstrate the effects of freefall.

The event was enabled by ESA's Directorate of Human Spaceflight and made possible through the technical means of the Directorate's Erasmus Centre. The signal was received in the Erasmus Centre and broadcast live to all four event locations.

The demonstration involved calculating the mass of an object on the ISS by measuring the time it takes to oscillate whilst hooked onto a spring. The experiment helps to illustrate the difference between the concepts of weight and mass.

The live call with De Winne was the highlight of a three hour programme connecting the four sites, which also saw the schoolchildren perform the experiment themselves. The audience was also treated to a space show, a quiz and a lecture from a space expert.

In a message to all the participants in today's event, ESA's Director of Human Spaceflight Simonetta Di Pippo said, "One of our missions is to bring the fascination of human spaceflight and exploration as close as possible to our fellow citizens and to our youth to inspire them and motivate them to pursue engineering and scientific studies in their educational path. 'Take your classroom into space' is the best example we can offer."

"Our astronauts are our best ambassadors. They are very effective in providing demonstrations of physical phenomena; they are very good in supporting the teachers adding also the inspirational element that by studying hard you can reach the sky, and beyond!" Di Pippo added.

The 'Take your classroom into space' activity is one of several education activities planned during De Winne's ongoing six-month OasISS mission on the ISS. On 6 October, De Winne will also make a live call to the ISS Day in Brussels, Belgium.

Watch the recording of Frank's inflight call on WSN »»