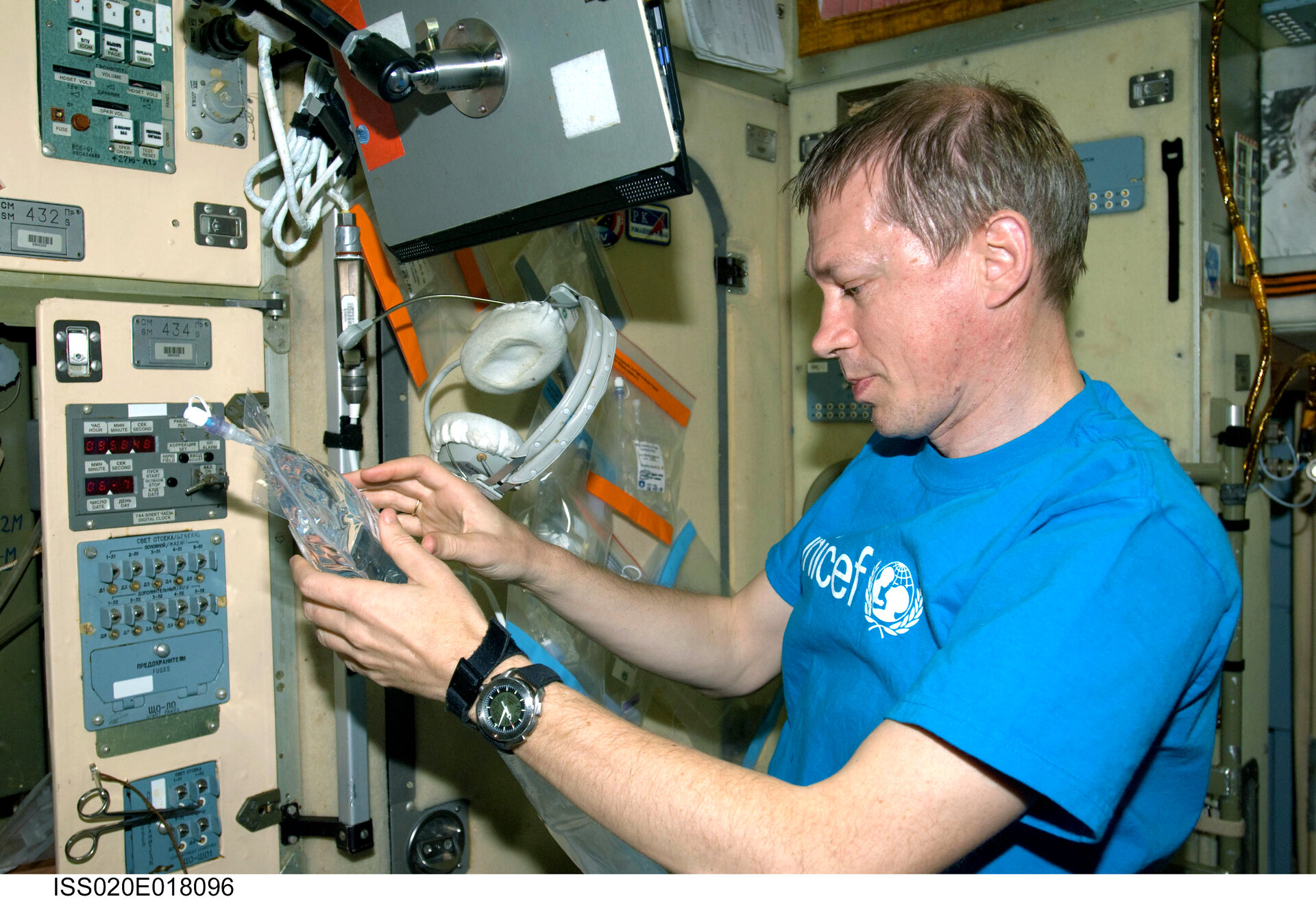 To mark ESA astronaut Frank De Winne's six-month OasISS mission to the International Space Station, and triggered by his role as goodwill ambassador for UNICEF Belgium, ESA's Human Spaceflight Education Team has teamed up with UNICEF to launch an online quiz for 12-14 year old European children.

The theme of the quiz is water on Earth and in space. UNICEF is currently running a campaign called WASH about water and hygiene. The campaign centres on the importance of clean water for human life.

Water, as a primary element supporting life, is also of paramount importance for human spaceflight and future exploration endeavours. Considerable effort is being made to help resolve the specific problems encountered in space – such as water scarcity, the need for recycling and special hygienic conditions. The technologies and solutions developed to meet these challenges are directly applicable on Earth.

By participating in the ESA/UNICEF water quiz you can find out more about water on Earth and in space and learn how the two are related.

At the end of the quiz, Frank De Winne will reveal the answer of the final question and announce the winner of the competition from on board the International Space Station. The inflight call will be broadcast during the ISS Day, an education event scheduled to take place in Brussels, Belgium, on 6 October. A recording of De Winne's announcement will be available on the ESA website a few hours after the event.

The quiz is available in all ESA Member State languages*. Participants have to register to take part.

The quiz questions will be published on the ESA/UNICEF water quiz website at 16:00 CEST (14:00 UT)* according to the following schedule:

De Winne is one of a crew of six currently living and working on the International Space Station. He is scheduled to remain in orbit until the end of November this year.

During his mission, named OasISS, De Winne will use the scientific facilities of the ISS, especially the European Columbus laboratory, to undertake a European programme of scientific experiments and technology demonstrations.

Following a crew rotation in October, he will also become the commander of the Station until his return to Earth in November. He is the first European to take on this role.

ESA views education as a valuable aspect of its human spaceflight missions, helping to inspire the youth of today. As such, the OasISS mission will be the prime focus of ESA’s education activities during the mission.

How to enter the ESA/UNICEF water quiz

Read the rules and regulations of the ESA/UNICEF water quiz