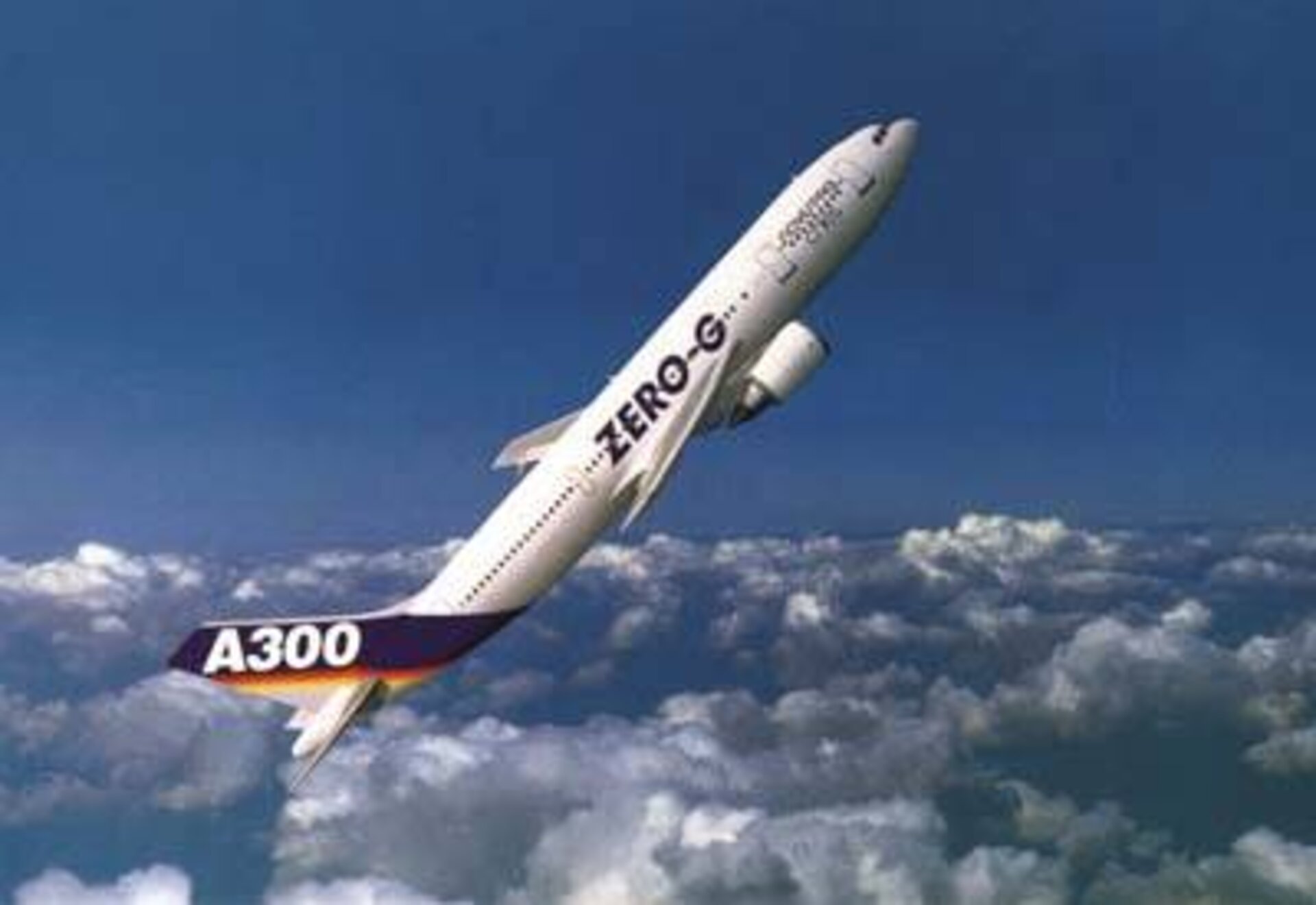 From 16 to 31 July, 32 international student teams of researchers will gather in Bordeaux, France, to fly their experiments in zero-gravity on board a specially adapted Airbus A-300.

During the fortnight four parabolic flights will take place. The Airbus A-300, operated on behalf of ESA by the French company Novespace, will take off from Bordeaux-Mérignac airport and fly out high above France's Atlantic coast. Thirty-one parabolas will be performed during each flight, with each parabola providing about 20 seconds of weightlessness.

As part of a special science week in Belgium, and to promote ESA's parabolic flight campaigns within the Belgian student community, the first flight of this campaign will take off from Bordeaux and land in Brussels, a first for ESA.

The 32 teams have been divided into two groups, with half flying in the first week and half in the second week. In all over 120 students will participate in the campaign, together representing universities from 15 countries.

Being on board a parabolic flight brings all kinds of new sensations, quite unlike anything experienced on Earth. To help the students concentrate on their experiments during the main campaign flights, they will also fly on a shorter five-parabola familiarisation flight. Throughout this flight the students will be safely buckled into their seats in the front cabin area.

The students have already had to work hard to get to Bordeaux. After two selection rounds, the students have been working flat out on constructing their experiments since the beginning of April. On this campaign, the students are no less inventive than in previous years.

One team from Germany, will be using balls made of jelly to model planet oscillations. The other teams will be pleased to know that their experiment will be safely encased in a watertight container.

Another unusual subject will be carried on board by the team from Imperial College, London. They will be observing the flight of moths in weightlessness. By looking at how the moths adapt to their new environment, the team hopes to gain an insight into the possibility of animal life adapting to gravity on other planets.

There will also be experiments on board which are orientated towards human spaceflight applications, such as a team from France who will be investigating the effectiveness of glue repairs done in weightlessness, and a team from Denmark who will be testing their isolation platform which they hope will provide a vibration free environment in which to perform experiments in zero-g.

As part of ESA's Outreach and Education Programme, the student parabolic flight campaigns aim to educate and motivate the students. It is hoped that the campaigns will stimulate the students to think about space and the potential of gravity-related research. Perhaps for some it may even influence their future career choice.

A few students may even be given the chance to re-fly their experiment – the best experiments from the student campaign will fly again on one of ESA's professional parabolic campaigns.

Throughout the campaign ESA will be publishing a diary written by the students telling all about their experiences in Bordeaux and on board the 'Zero-G' Airbus.