Listen to the sound of BepiColombo's Earth flyby as captured in five recordings taken by two instruments aboard the Mercury Planetary Orbiter, one of the two orbiters comprising the joint European/Japanese Mercury exploration mission.

The BepiColombo flyby on 10 April 2020 was the first of overall nine gravity-assist manoeuvres that tighten the spacecraft's trajectory around the Sun as it closes in on its destination orbit around the smallest and least explored planet of the Solar System.

A sonification of data recorded by the Italian Spring Accelerometer (ISA) aboard the BepiColombo spacecraft as it neared Earth ahead of the April 2020 flyby. The data in the recording were obtained as the spacecraft approached the planet from the distance of 256 393 km to 129 488 km. Eight Hours of measurements are condensed into a minute of audio. The original frequency of the dataset, inaudible to humans, had to be enhanced by the team from Italy’s National Institute for Astrophysics (INAF) in order to create the audio track. 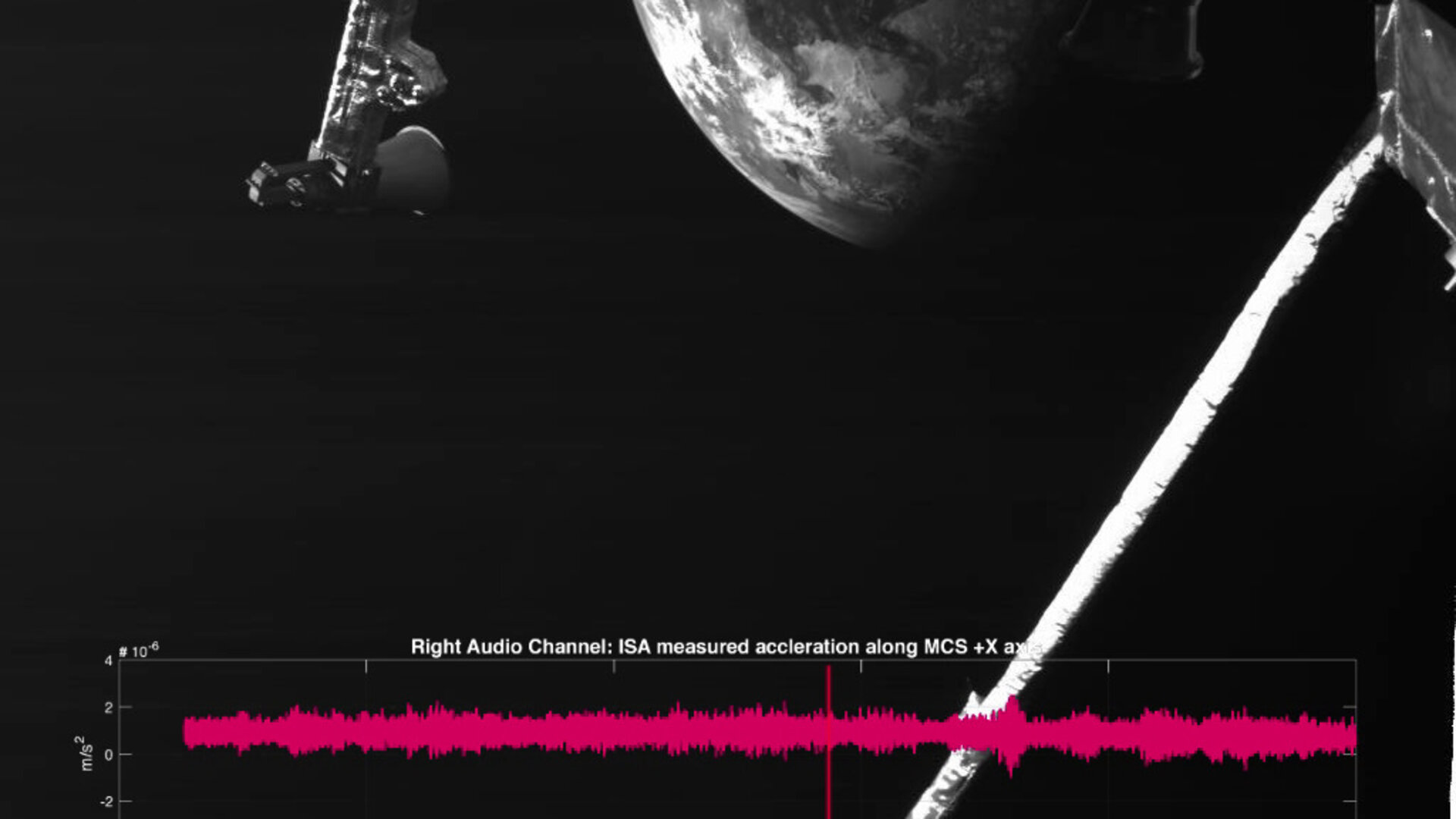 Data used to create this sonification were obtained by the Italian Spring Accelerometer (ISA) instrument as BepiColombo approached the planet’s surface from the distance of 27 844 km to 13 107 km. The closest point of the flyby, which enabled BepiColombo to harness Earth’s gravity to tighten its trajectory around the Sun, was at the distance of 12 689 km from the planet’s surface. The original frequency of the dataset, inaudible to humans, had to be enhanced by the team from Italy’s National Institute for Astrophysics (INAF) in order to create the audio track. The data was condensed so that one hour of measurements would equal about a minute of audio. 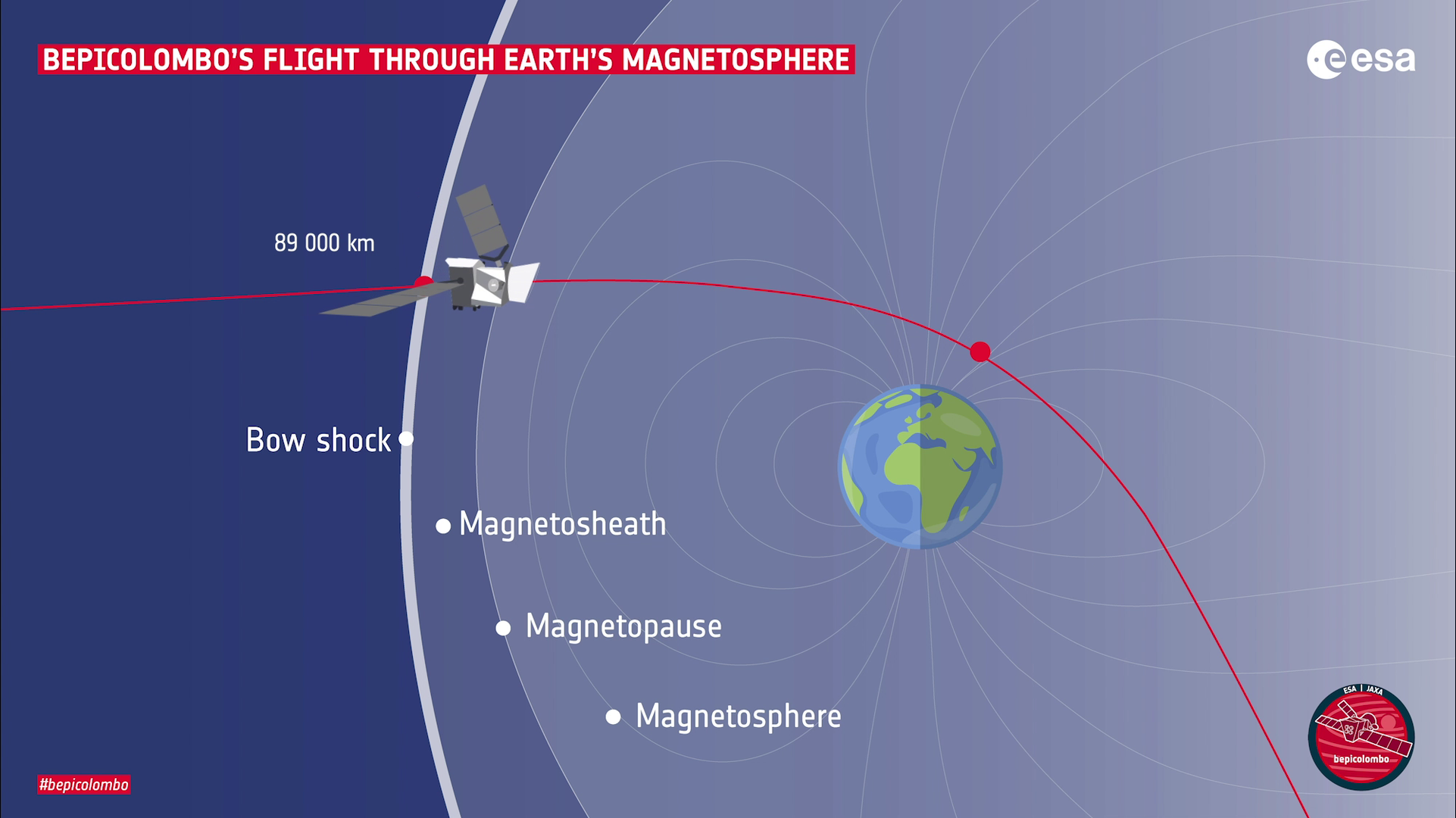 The audio is a sonification of data captured by the MPO-MAG instrument as BepiColombo flew through Earth's magnetosphere. The spacecraft encountered the so-called bow shock at the outer edge of the magnetosphere where the Earth’s magnetic field interacts with the solar wind. It then passed through the magnetosheath, a turbulent region still considerably affected by the cosmic plasma, and crossed the magnetopause, the boundary after which the magnetic field of Earth dominates. The audio compresses 8 hours of recorded data into a 26-second audio track. 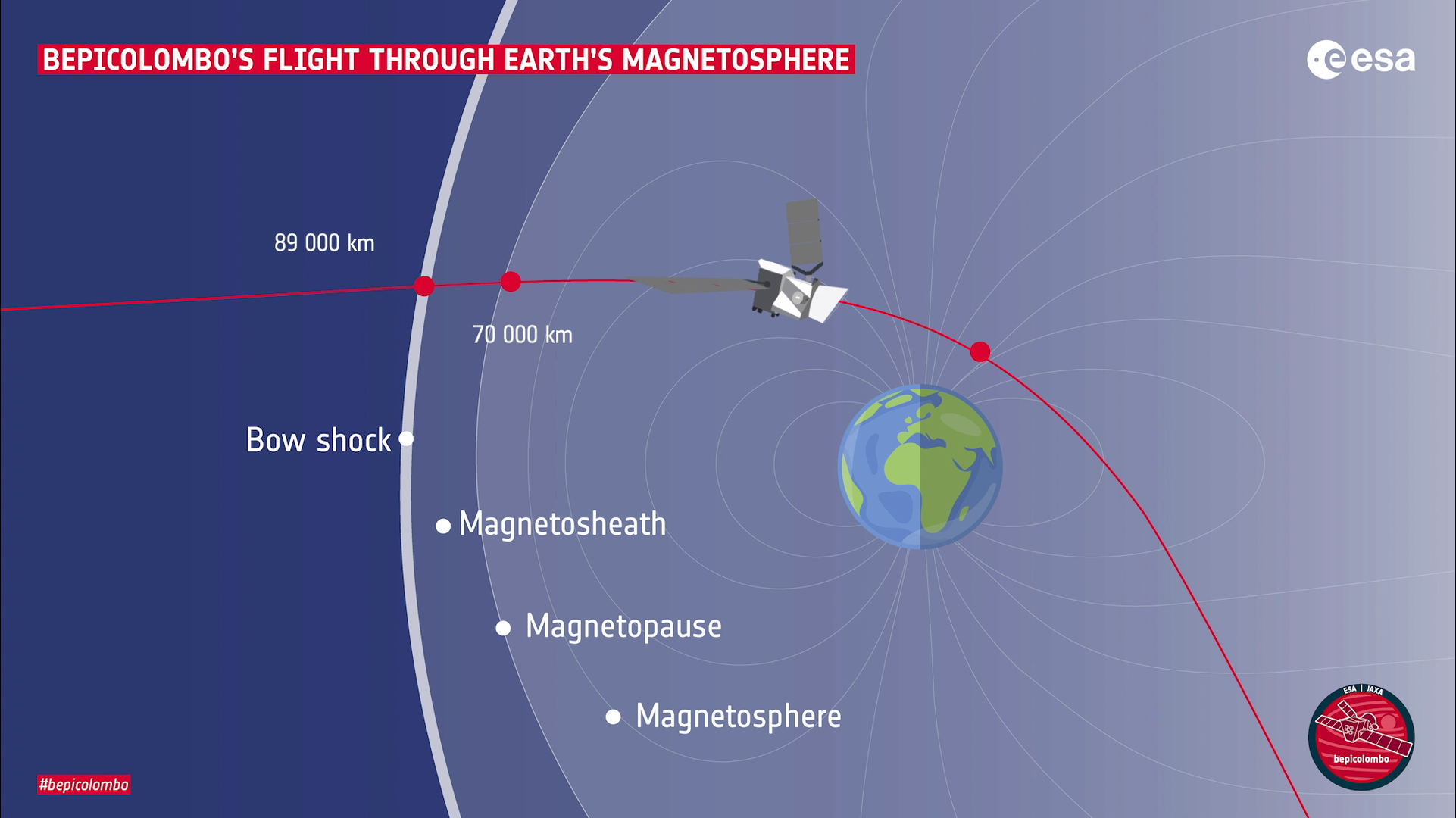 The sound of BepiColombo's Earth flyby
Access the video

This audio is based on the same dataset as the previous sonification. In this case, however, the sound of BepiColombo’s reaction wheels, which keep the spacecraft oriented in the correct direction, has not been filtered out and can be clearly audible especially after the spacecraft passes the turbulent region.