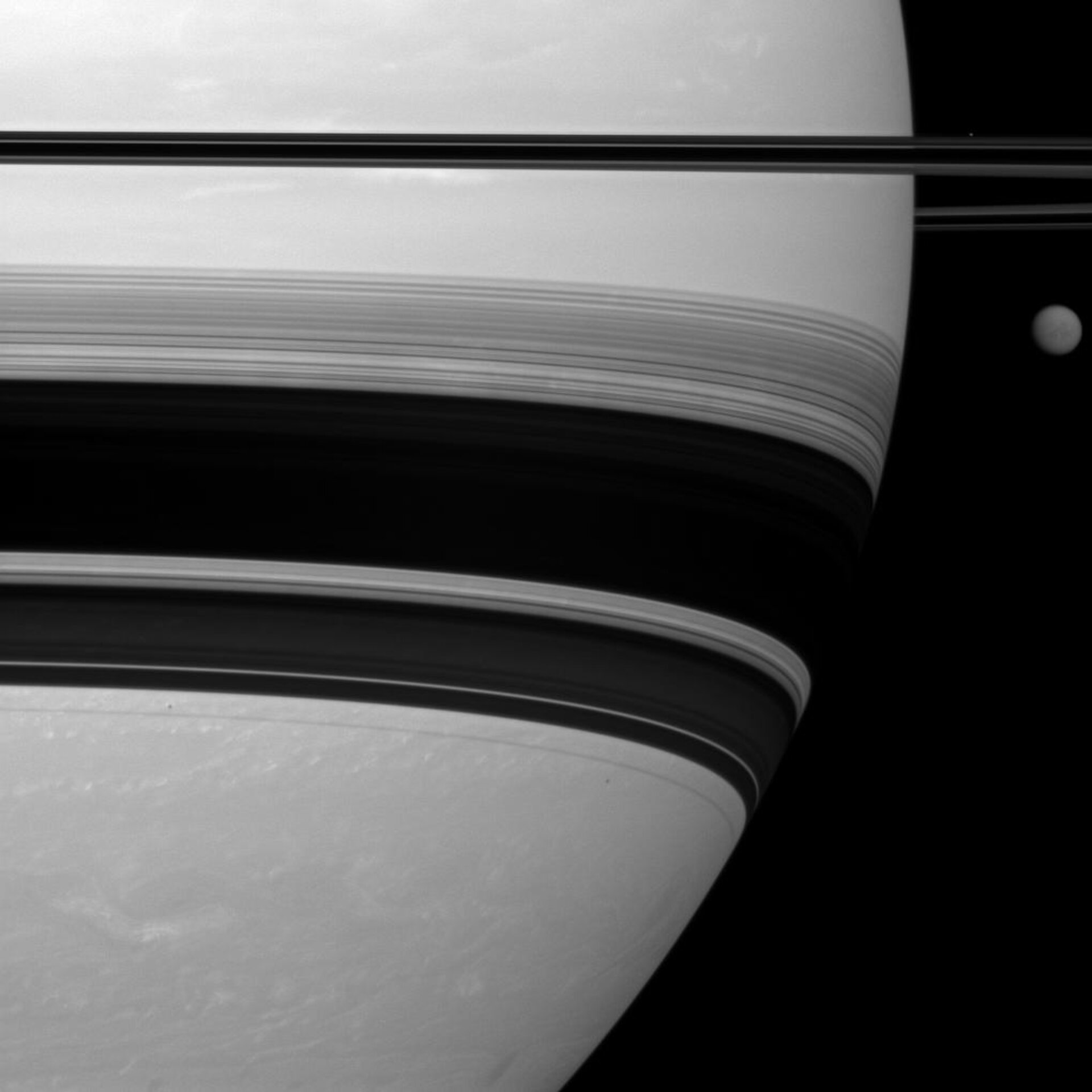 Titan, Saturn’s largest moon at 5150 km across, looks small here, pictured to the right of the gas giant in this infrared image taken by the Cassini spacecraft.

A much smaller moon, Prometheus, 86 km across, appears as a tiny white speck above the rings in the far upper right of the image. The shadow cast by Prometheus can be seen as a small black speck on Saturn on the far left of the image, between the shadows cast by the main rings and the thin, faint F ring.

The shadow of another moon, Pandora, 100 km at its widest, can be seen below the ring shadows towards the right side of the planet. However, Pandora itself is not visible in this image.

Cassini’s wide-angle camera captured the view on 5 January, while it was about 685 000 km from Saturn. The image scale is 37 km per pixel on Saturn.