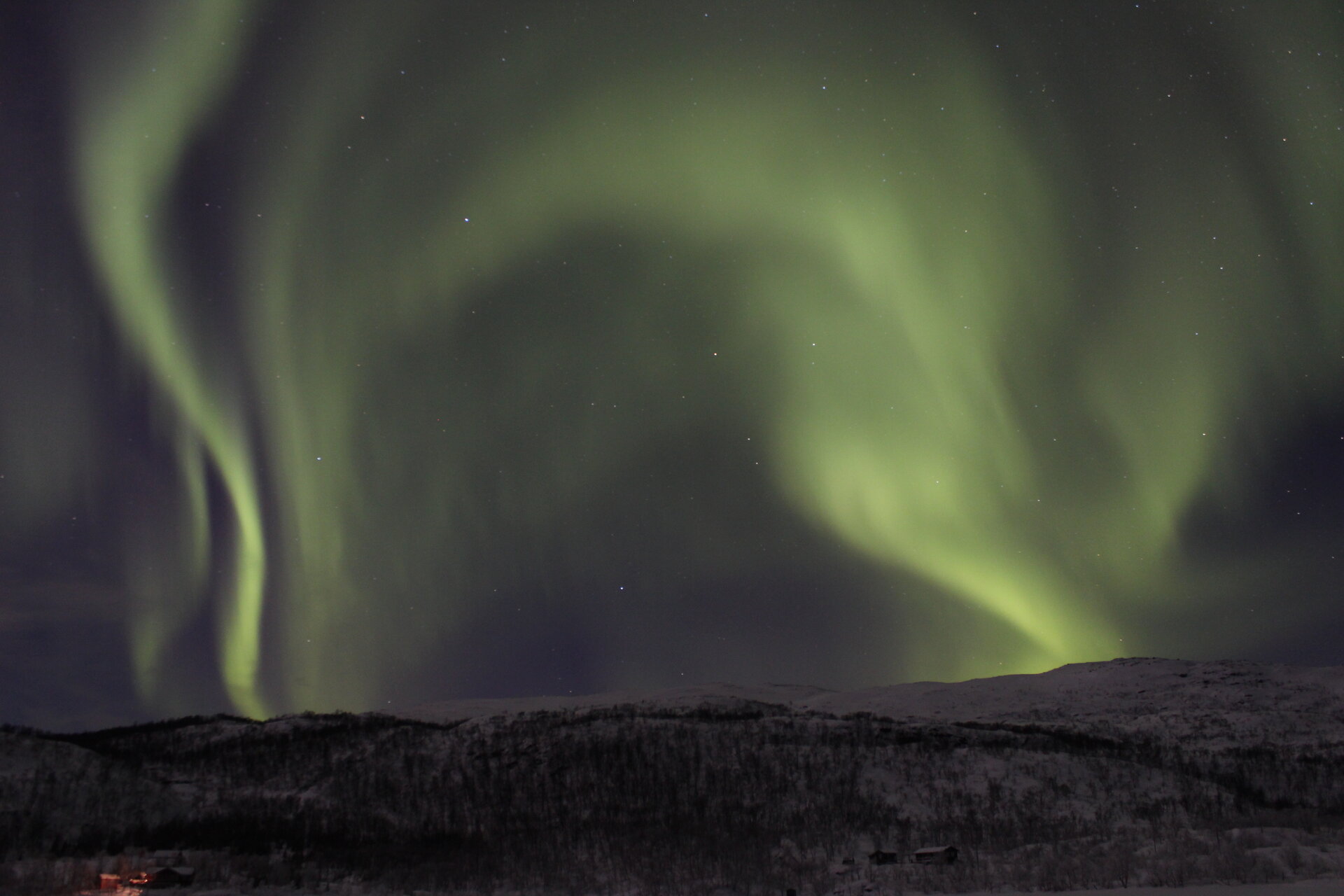 This beautiful aurora illuminates the sky over the snow-clad landscape near Tromsø, Norway.

These colourful displays are produced when electrically charged particles travelling from the Sun in the solar wind are channelled along Earth’s magnetic field lines and strike atoms high in the atmosphere. Collisions with oxygen atoms typically generate green aurora, as seen here.

The link between auroras and solar activity has been apparent for centuries, but only with the aid of satellites can scientists begin to decipher the physical mechanisms causing this spectacular phenomenon.

ESA’s Cluster quartet of satellites fly in formation around Earth, passing through its magnetic environment to explore the connection between the Sun and our home planet.

In a new study, Cluster has investigated violent magnetic events called substorms, which result from variations in the stream of charged particles emitted in the solar wind colliding with Earth’s magnetic shield – the magnetosphere.

During a substorm, the tail of Earth’s magnetosphere is compressed and blows powerful streams of high-energy plasma towards the planet at speeds that may reach a few thousand kilometres per second. This allows plasma particles to infiltrate the upper layer of Earth’s atmosphere to produce auroras.

Known as ‘bursty bulk flows’, they are short-lived, lasting typically only 10–20 minutes. The new study finds that, despite their brevity, these flows can carry a much more significant amount of energy than previously thought – around a third of the total energy that eventually reaches Earth during an auroral display.

Previous studies considered their contribution to the total energy transferred in a substorm to be marginal, adding up to only 5%.

The new findings suggest that the importance of major phenomena like bursty bulk flows has previously been underestimated, and could provide new insight into the effects of space weather on Earth.

ESA's Swarm mission, planned for launch in June 2013, is set to provide new details of the complexities of Earth's magnetic field and its connection to the Sun.