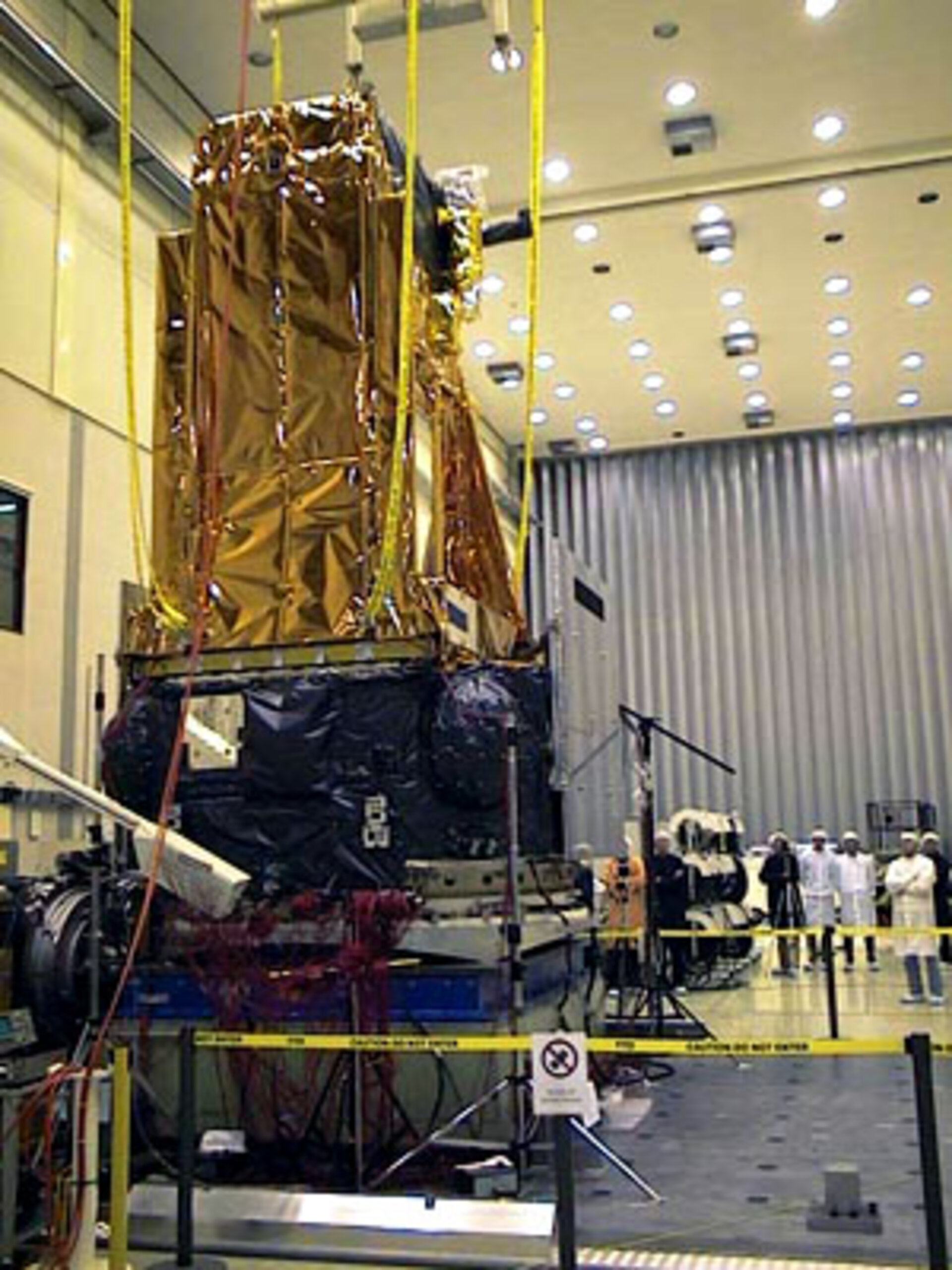 The task of Integral, ESA's international gamma-ray astrophysics laboratory, is to gather some of the most energetic radiation that comes from space. This spacecraft is helping to solve some of the biggest mysteries in astronomy.

Gamma rays are even more powerful than the X-rays used on Earth in medical examinations. Fortunately, Earth's atmosphere acts as a shield to protect us from this dangerous cosmic radiation.

However, this means that gamma rays from space can only be detected by satellites. Integral is the most sensitive gamma-ray observatory ever launched. It is detecting radiation from the most violent events far away and from processes that made the Universe habitable.

Integral is a truly international mission with the participation of all member states of ESA plus the United States, Russia, Czech Republic and Poland. ESA appointed Alenia Aerospazio, Italy, as industrial prime contractor, responsible for the design, integration and testing of the satellite.

On board, four instruments from teams led by scientists in Italy, France, Germany, Denmark and Spain gather and analyse the gamma rays from space. A Russian Proton rocket placed the spacecraft into orbit. NASA and ESA ground stations keep in touch with Integral.

The mission operations centre responsible for satellite control is located at ESOC in Germany. The Integral Science Operations Centre (ISOC) at Noordwijk, the Netherlands, provide the observation plan, and Switzerland hosts the centre for the scientific data, the Integral Science Data Centre (ISDC).

Every three days Integral orbits Earth once. The spacecraft spends most of its time at the furthest parts of its orbit, at an altitude higher than 40 000 kilometres, well outside Earth's radiation belts, to avoid background radiation effects. From here ESA's gamma-ray observatory sends back to Earth new information about the most exciting phenomena in the Universe.

It reports on violent explosions, the formation of elements, black holes and other exotic objects in our Milky Way, the cosmic neighbourhood and much further, in distant galaxies at the edge of the observable Universe.