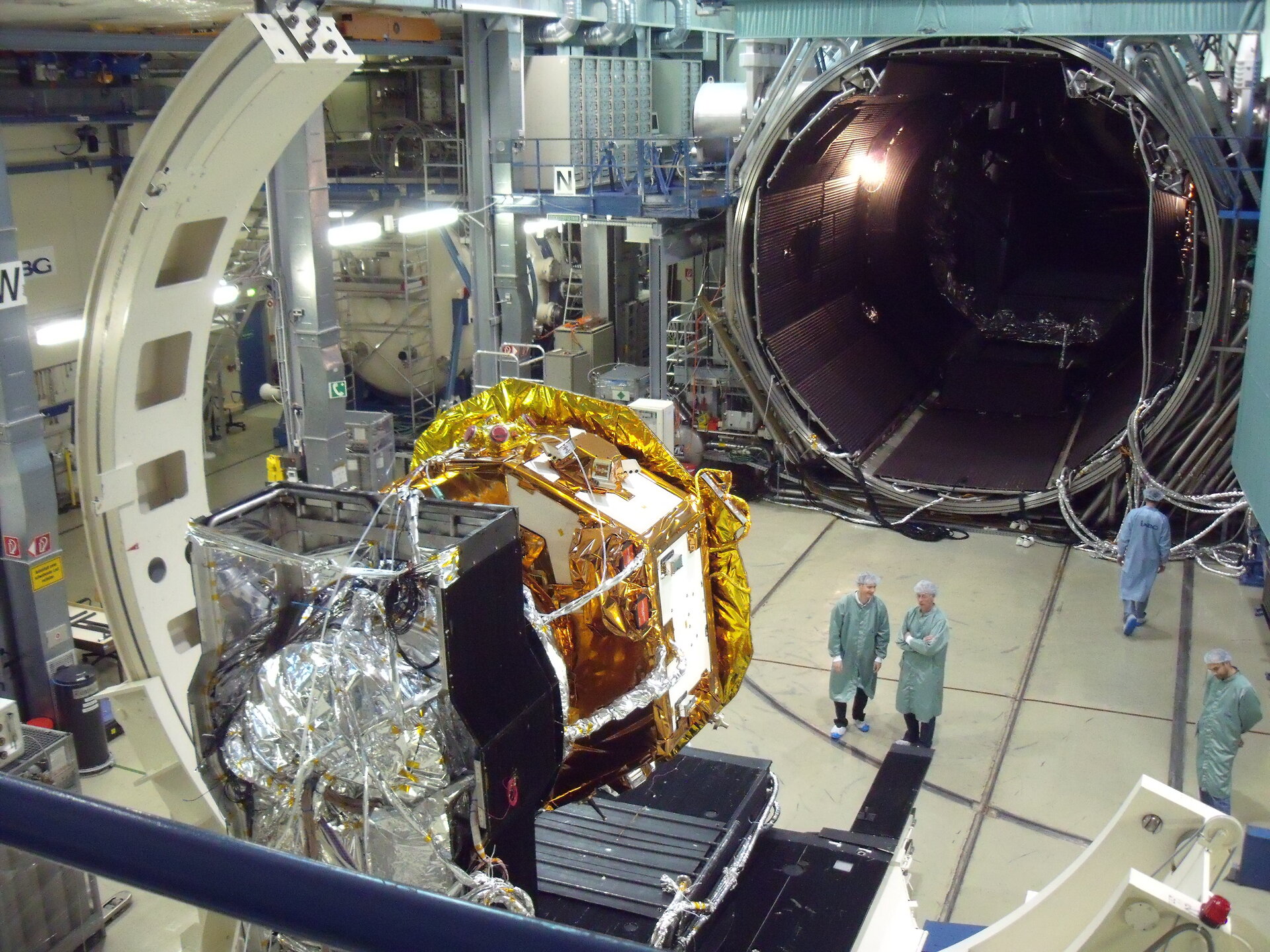 Sensors destined for ESA’s LISA Pathfinder mission in 2014 have far exceeded expectations, paving the way for a mission to detect one of the most elusive forces permeating through space – gravitational waves.

The Optical Metrology Subsystem underwent its first full tests under space-like temperature and vacuum conditions using an almost complete version of the spacecraft.

The results exceeded the precision required to detect the enigmatic ripples in the fabric of space and time predicted by Albert Einstein – and did it by two to three times.

In space, LISA Pathfinder will measure the distance between two free-floating gold–platinum cubes using lasers. In the ground tests currently being performed by the team in Ottobrunn, Germany, these cubes are replaced by separate mirrors.

In addition to measuring the distance between the cubes, it also measures their angles with respect to the laser beams – and the tests show an accuracy of 10 billionths of a degree.

“This is equivalent to the angle subtended by an astronaut’s footprint on the Moon!” notes Paul McNamara, Project Scientist for the LISA Pathfinder mission.

Under perfect conditions in space, the free-floating cubes would be expected to exactly copy each other’s motions.

However, according to Einstein’s general theory of relativity, if a gravitational wave were to pass through space, possibly caused by an event as catastrophic as the collision of two black holes, then a minuscule distortion in the fabric of space itself would be detectable.

The accuracy required to detect such a subtle change is phenomenal: around a hundredth the size of an atom – a picometre.

The requirement set for the instrument was around 6 picometres, measured over 1000 seconds, which the team initially bettered in 2010.

During the latest testing, a staggering 2 picometre accuracy was obtained, far exceeding the best performance for an instrument of this type.

“When LISA Pathfinder is launched and we're in the quiet environment of space some 1.5 million km from Earth, we expect that performance will be even better.”

LISA Pathfinder is expected to be launched in mid-2014 to demonstrate the technologies and endurance in space for a New Gravitational wave Observatory mission, one of the candidates for ESA’s next flagship mission, planned for a launch early in the next decade, aiming to find this final piece in Einstein’s cosmic puzzle.