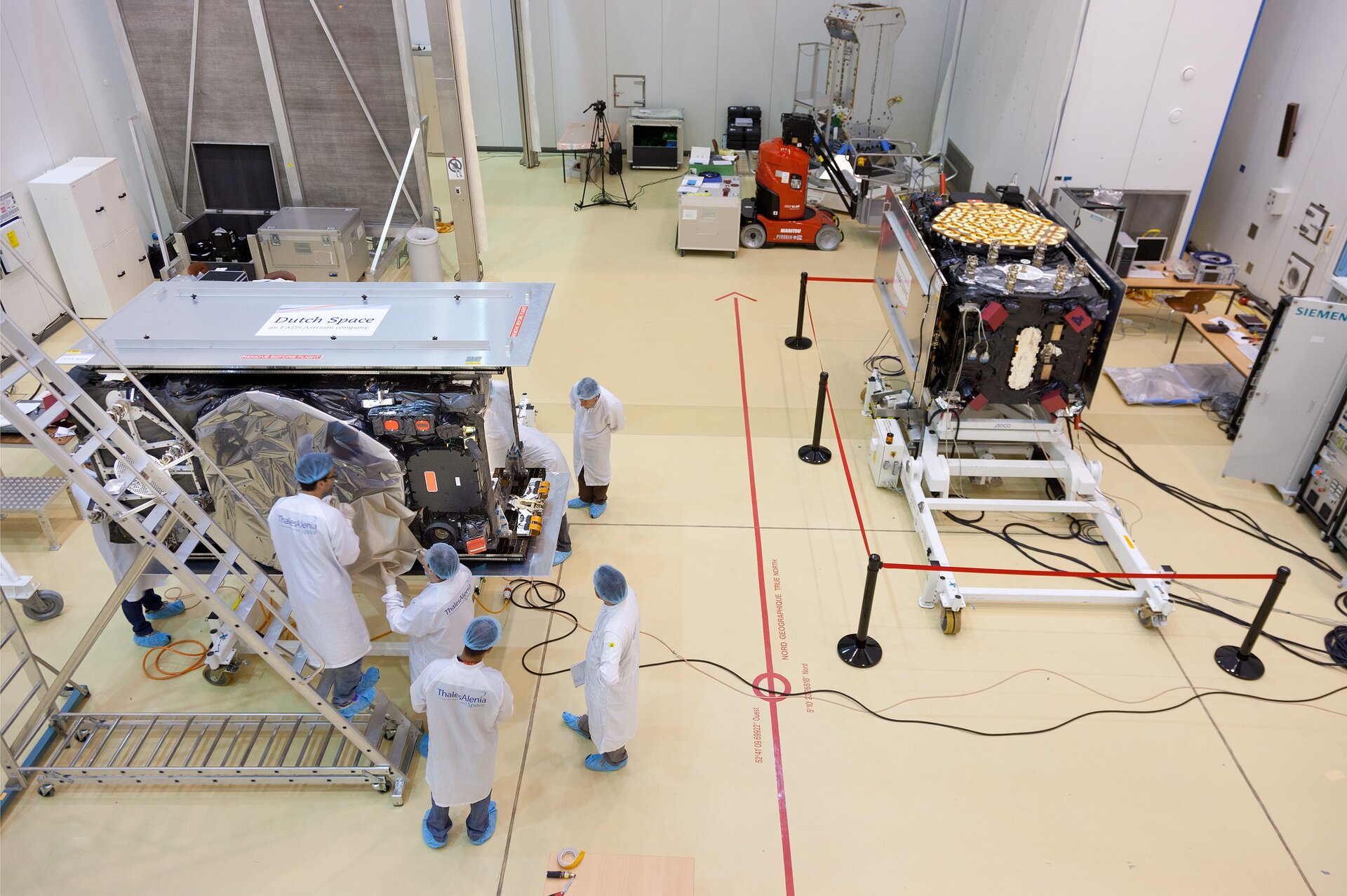 After arriving at the launch site last month, the second pair of Galileo navigation satellites is being prepared for launch from Europe’s Spaceport in October.

This week will see the third Galileo satellite having its propellant tank filled with hydrazine fuel. The fourth recently had its final multilayer thermal insulation added, with its own propellant tank due to be filled next week.

The twin satellites will be mated to a dispenser for a shared ride aboard the Soyuz ST-B on 10 October, joining the first two Galileos that have been orbiting since October 2011.

The quartet of navigation satellites will operate from medium orbit 23 222 km above Earth. This is a significant milestone for Europe’s Galileo programme because four is the minimum number required for navigational fixes, enabling full system testing whenever they are all visible in the sky.

This In-Orbit Validation phase will be followed by the deployment of more satellites and ground segment to achieve ‘Full Operational Capability’. After that, users on the ground can exploit the services.

Twenty-two of these later satellites are being built by OHB in Germany, responsible for the platforms and final satellite integration, and the UK’s Surrey Satellite Technology Ltd, producing the payloads.

The first four Galileo satellites were built by a consortium led by EADS Astrium, Germany, with Astrium producing the platforms and Astrium UK responsible for the payloads. They were assembled and tested in Rome by Thales Alenia Space.