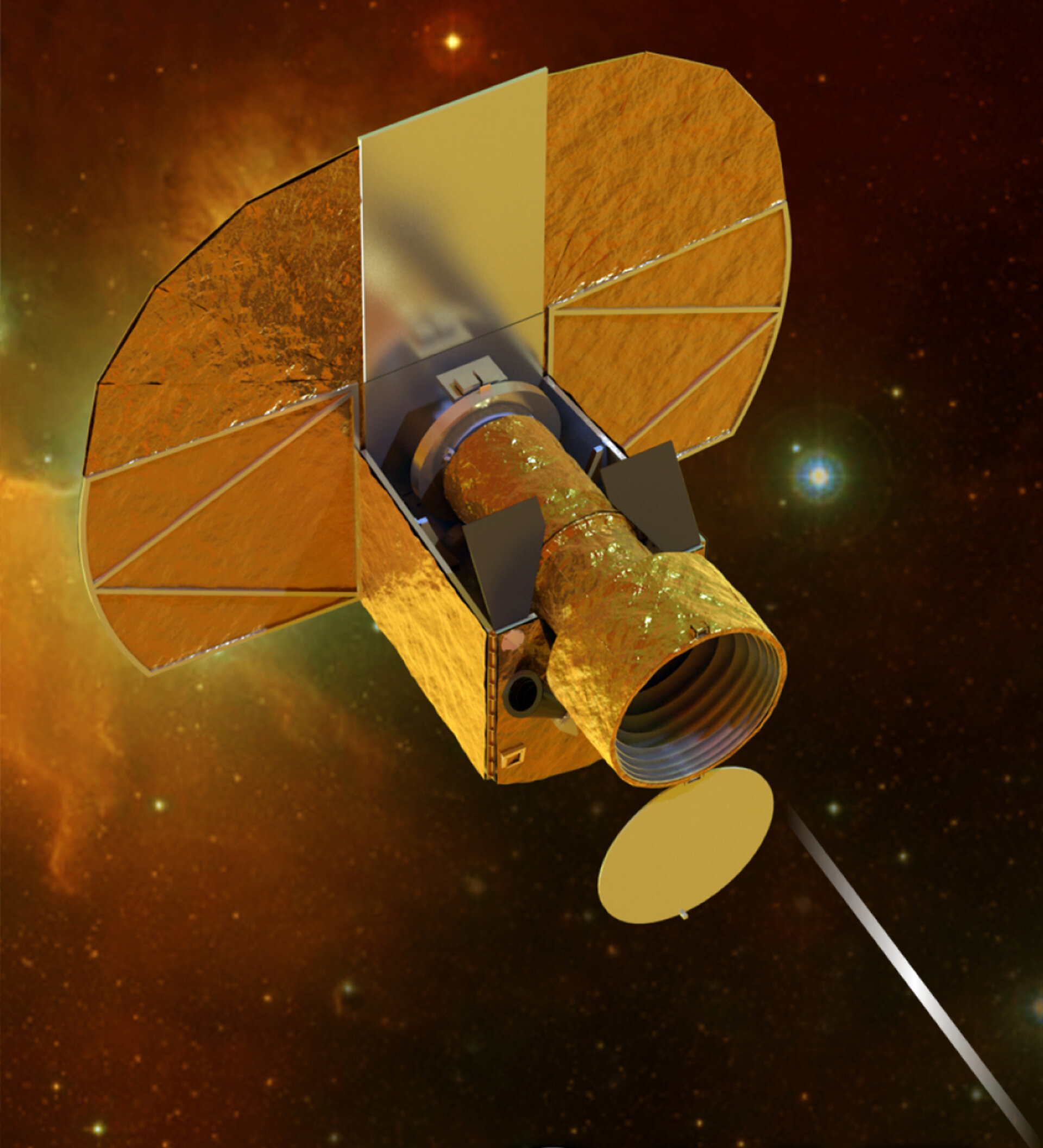 Studying planets around other stars will be the focus of the new small Science Programme mission, Cheops, ESA announced last week. Its launch is expected in 2017.

Cheops – for CHaracterising ExOPlanets Satellite – will target nearby, bright stars already known to have planets orbiting around them.

Through high-precision monitoring of the star’s brightness, scientists will search for the telltale signs of a ‘transit’ as a planet passes briefly across its face.

In turn, this will allow an accurate measurement of the radius of the planet. For those planets with a known mass, the density will be revealed, providing an indication of the internal structure.

These key parameters will help scientists to understand the formation of planets from a few times the mass of the Earth – ‘super-Earths’ – up to Neptune-sized worlds.

It will also identify planets with significant atmospheres and constrain the migration of planets during the formation and evolution of their parent systems.

Cheops is the first of a possible new class of small missions to be developed as part of ESA’s Science Programme.

“By concentrating on specific known exoplanet host stars, Cheops will enable scientists to conduct comparative studies of planets down to the mass of Earth with a precision that simply cannot be achieved from the ground,” said Professor Alvaro Giménez-Cañete, ESA Director of Science and Robotic Exploration.

“The mission was selected from 26 proposals submitted in response to the Call for Small Missions in March, highlighting the strong interest of the scientific community in dedicated, quick-turnaround missions focusing on key open issues in space science.”

Possible future small missions in the Science Programme should be low cost and rapidly developed, in order to offer greater flexibility in response to new ideas from the scientific community.

With a dedicated science focus, they would provide a natural complement to the broader Medium- and Large-class missions of ESA’s Science Programme.

Cheops will be implemented as a partnership between ESA and Switzerland, with a number of other ESA Member States delivering substantial contributions.

“This continues the 40-year success story of Swiss scientists and industry at the forefront of space science,” said Professor Willy Benz, Center for Space and Habitability at the University of Bern.

The mission will also provide unique targets for more detailed studies of exoplanet atmospheres by the next generation of telescopes now being built, such as the ground-based European Extremely Large Telescope and the NASA/ESA/CSA James Webb Space Telescope.

Cheops will operate in a Sun-synchronous low-Earth orbit at an altitude of 800 km. It has a planned mission lifetime of 3.5 years and part of the observing time will be open to the wider scientific community.