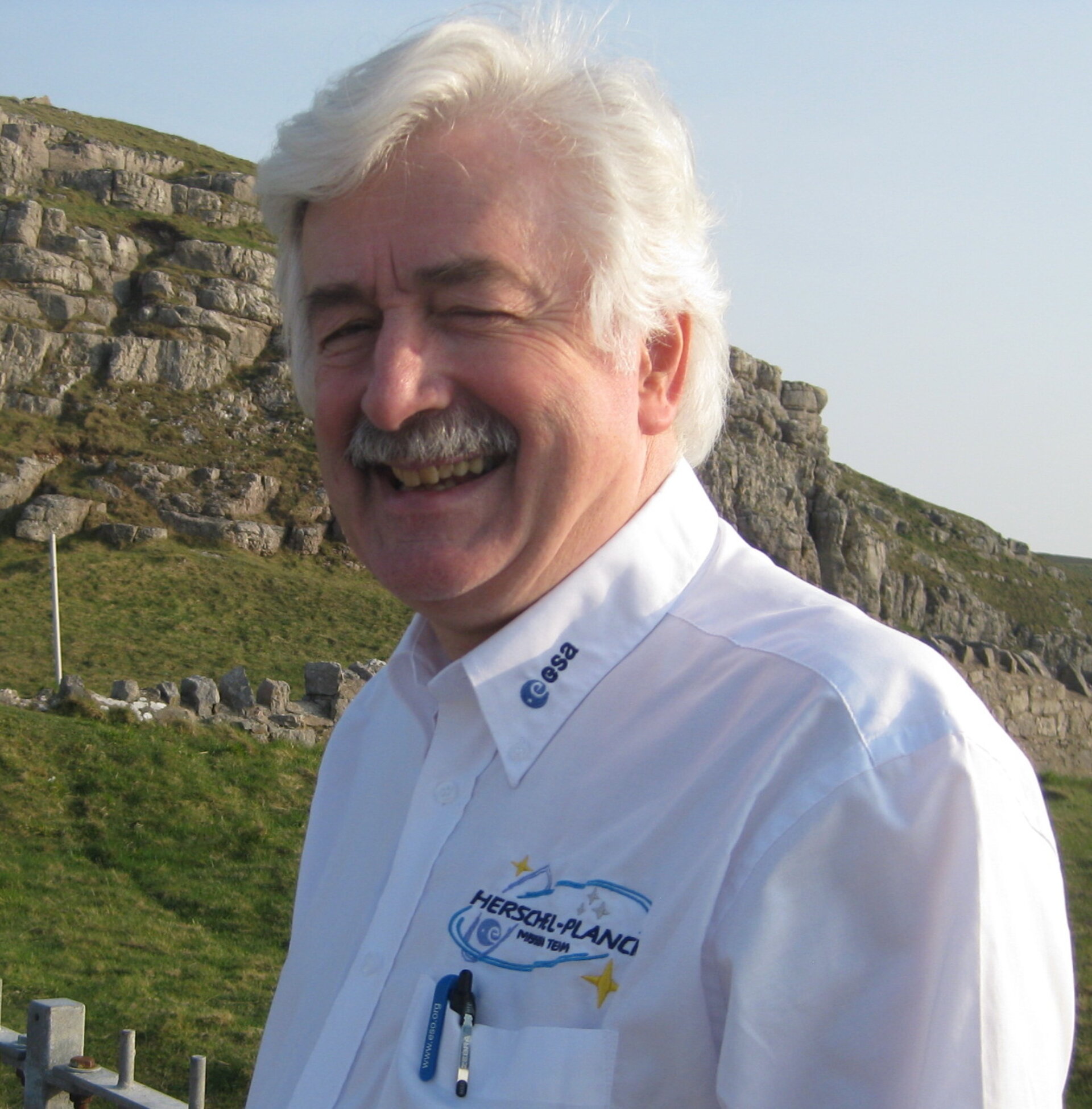 After leading ESA’s space science programme for ten years, David Southwood leaves on retirement. He shares some highlights of the past decade.

What are the high points of your ten years at ESA?

Clearly the highlight of all highlights was the landing of the Huygens probe on Titan in 2005. This was an extraordinary and very emotional experience, particularly because I had personal ties to the joint ESA-NASA Cassini-Hugyens mission since 1982. As Titan is shrouded in a thick cloudy atmosphere, we had no idea what the surface would look like. To actually see close-ups of structures like rivers and coastlines in a world where maybe a billion years from now, life will start forming, was incredible.

Every launch is emotional but two are very significant for me. My first launch - Integral, in October 2002 - was the most memorable launch campaign due partly to the isolation of the launch location in Baikonur. The weather changed from being very hot ten days before the launch to snowing on the day of our departure. This contributed to heightening the emotions at the time of launch.

What was the most challenging moment?

There were many challenges linked to Beagle 2, the Mars lander. The biggest challenge arose when the British parliamentary science and technology committee questioned my patriotism and commitment to the mission. Throughout, I had to draw attention to the technical issues associated with this mission, which meant my conservative attitudes were viewed by the committee as showing a lack of patriotism. However, it has nothing to do with nationality or loyalty. When you are taking risks there is always a chance that these risks will materialise. My professional responsibilities were to provide spacecraft that lived up to expectations and to forewarn when things are risky.

Clearly the Huygens probe descent to Titan was haunting because of the ressemblances to Beagle 2, but that worked out beautifully.

Inevitably, we also had frequent financial crises which are always challenges. However, these are linked to the nature of work in a cutting-edge Research and Developement organisation. As long as we are doing things that have never been done before, we will hit new problems.

What missions stand out for you?

Venus Express is very special for me. It is magic to know that it has been in orbit around Venus for five years, when it wasn't even part of the programme when I started in 2001. With this mission, I wanted to show in the right circumstances that a spacecraft can be built producing cutting-edge science in less than three years. From phase B kick-off, within three years we had launched. This is more or less the time you would take for a telecommunications satellite.

Many people asked "why go to Venus, the Americans haven’t gone to Venus?" I took that to be a good enough reason to go! Europeans feel nervous about strking out on their own. Once I saw one of the first images showing the night and day side of Venus, one in ultraviolet light and one in infrared light, I thought this revelation of the atmospheric circulation alone justified all the work and criticism. I was very happy to have a pay-off like that.

I am proud of our position internationally. I think our relations with the Americans have progressed enormously in terms of mutual trust. We could never have saved ExoMars without a will on their part to make it happen. Turning one mission to Mars into a programme of missions to Mars with a long-term goal is something I feel very proud of.

On the world stage, partly because of NASA’s tribulations, we at ESA are very much the arbiters of future space science. I had never dreamt of that.

How would you describe your time at ESA?

It has been the peak of my career. At the same time, the programme has given me an exciting time – a bit like a roller coaster – from elation to horror and back again. I’ve loved the international environment both across Europe where our strengths in the Agency are based on the great spread in cultural backgrounds.

Science is also the basis for initiating cooperation outside Europe and we’ve had a lot of new opportunities there. Of course, that meant travel which has taken me from the heights of the Himalayas to the wilds of the Australian outback, all in the interest of science.