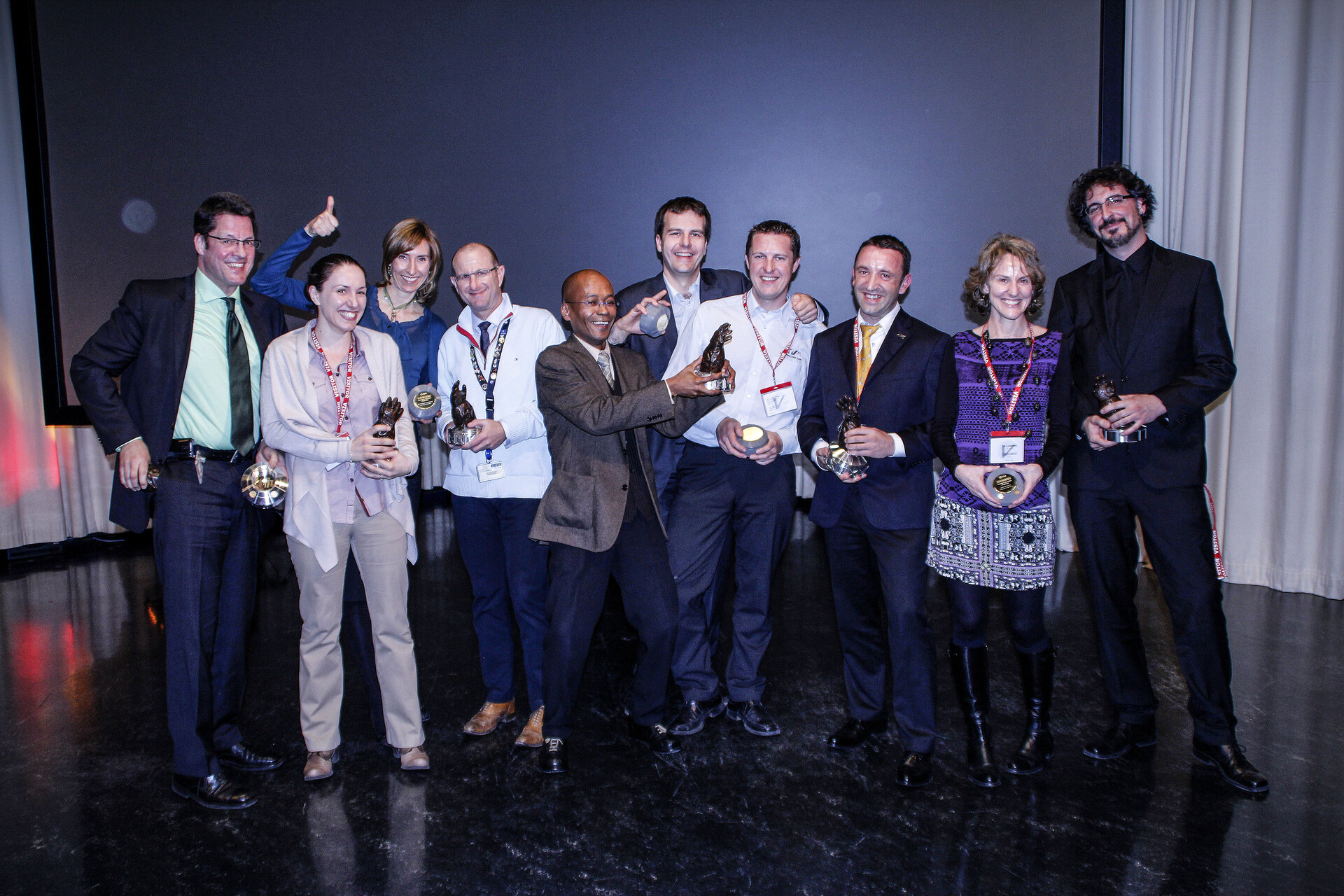 Expertise, professionalism and dedication were recognised once more in the third ISS Award ceremony, held on 26 March in ESTEC’s Erasmus Centre. This year’s edition acknowledged the work of  36 people, the largest number to date in this special event, who supported the ATV-3 mission and ESA astronaut André Kuipers during the Increment 31/32.

Together with André was the Director of Human Spaceflight and Operations, Thomas Reiter, who called the event "a unique opportunity to celebrate the achievements of the many excellent colleagues who with their expertise and through their personal dedication have contributed to successful missions."

Taking care of André's health during the final part of his PromISSe mission or simply reducing the amount of paperwork for ATV cargo safety process were some of the initiatives awarded. There were six winners out of 18 nominations from a wide variety of types of contribution. ESA individuals and teams, as well as European industrial partners, were all eligible to be nominated by their dedicated efforts.

The fact that André had to stay a month longer than originally planned on the International Space Station required a heavy replanning workload. "This prize pays off the extra effort," says Jahel Costanovoa, the increment Lead for the coordination of Columbus operations.
The trophy itself is a piece of ESA’s history – it is a bronze casting of astronaut Hans Schlegel’s Extra Vehicular Activity glove, used for the installation of the Columbus module on the Space Station in 2008. It symbolises the handshake of trust between the crew and those that made the missions a success.

"This is a double prize for me: it rewards our hard work to improve the quality of the ATV cargo for the crew, and at the same time it is a re-encounter with the glove, which we have used for tests inside the spacecraft,” explains Jean-Pierre Arlabosse, who works at the ATV Control Centre in Toulouse, France.

During the ceremony "the big family" of six winners and the nearly 20 nominees enjoyed recognition for their contribution within the international human spaceflight arena.

Jahel Costa Novoa: The Energy experiment suffered continuous delays due to the Space X demo flight. As Increment Lead for the coordination of Columbus operations Jahel took on an enormous amount of extra work to help re-plan tasks. Her commitment and investment of time resulted in the successful completion of the Energy session by André Kuipers.

Ulrich Straube: As the ESA Flight Surgeon during the PromISSe mission, Ulrich supported André in the preparation and training phase, making sure he was in the best possible condition when he launched from Baikonur. Throughout the mission Ulrich consulted with André to maintain his fitness and positive attitude. Among the first ones on the landing site, he also assisted him during the difficult adaptation period.

Russian avionics team: Despite the loss of one Russian avionics interface unit, their skills in modifying operational products and their enormous dedication were key to mission success. The refuelling and the undocking sequences were performed with all necessary redundancies, safely and in a timely manner.

Jean-Pierre Arlabosse: Jean-Pierre is always providing excellent ideas and solutions for the Integrated Cargo Carrier (ICC) in a very calm and professional manner. As part of the ICC engineering team, he was in high demand during the ATV-3 mission as more than half of the in-flight anomalies were related to equipment inside ATV’s Integrated Cargo Carrier. He supported integration and acceptance tests.