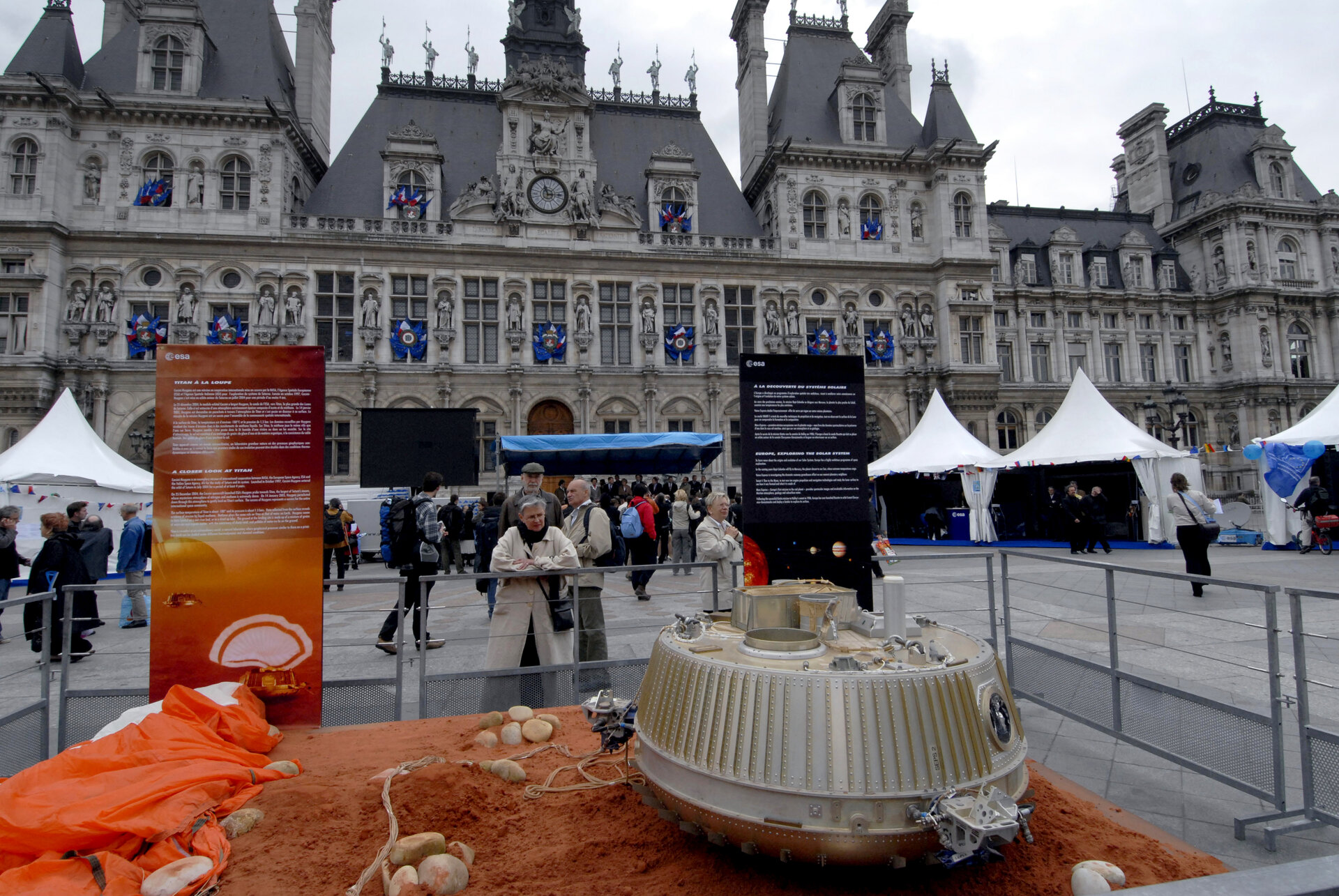 Today ESA was present at the 'European Village', created to commemorate Europe Day at the Paris Town Hall, France. Films, animations and an ESA-dedicated stand were organised, as well as presentations from ESA astronauts Jean-Pierre Haigneré and Jean-François Clervoy.

What is Europe Day?

On 9 May 1950 the first move was made towards the creation of what is now known as the European Union.

On that day, the French Foreign Minister Robert Schuman presented his proposal on the creation of an organised Europe, indispensable to the maintenance of peaceful relations. This proposal, known as the 'Schuman declaration', is considered to be the beginning of the creation of what is now the European Union.