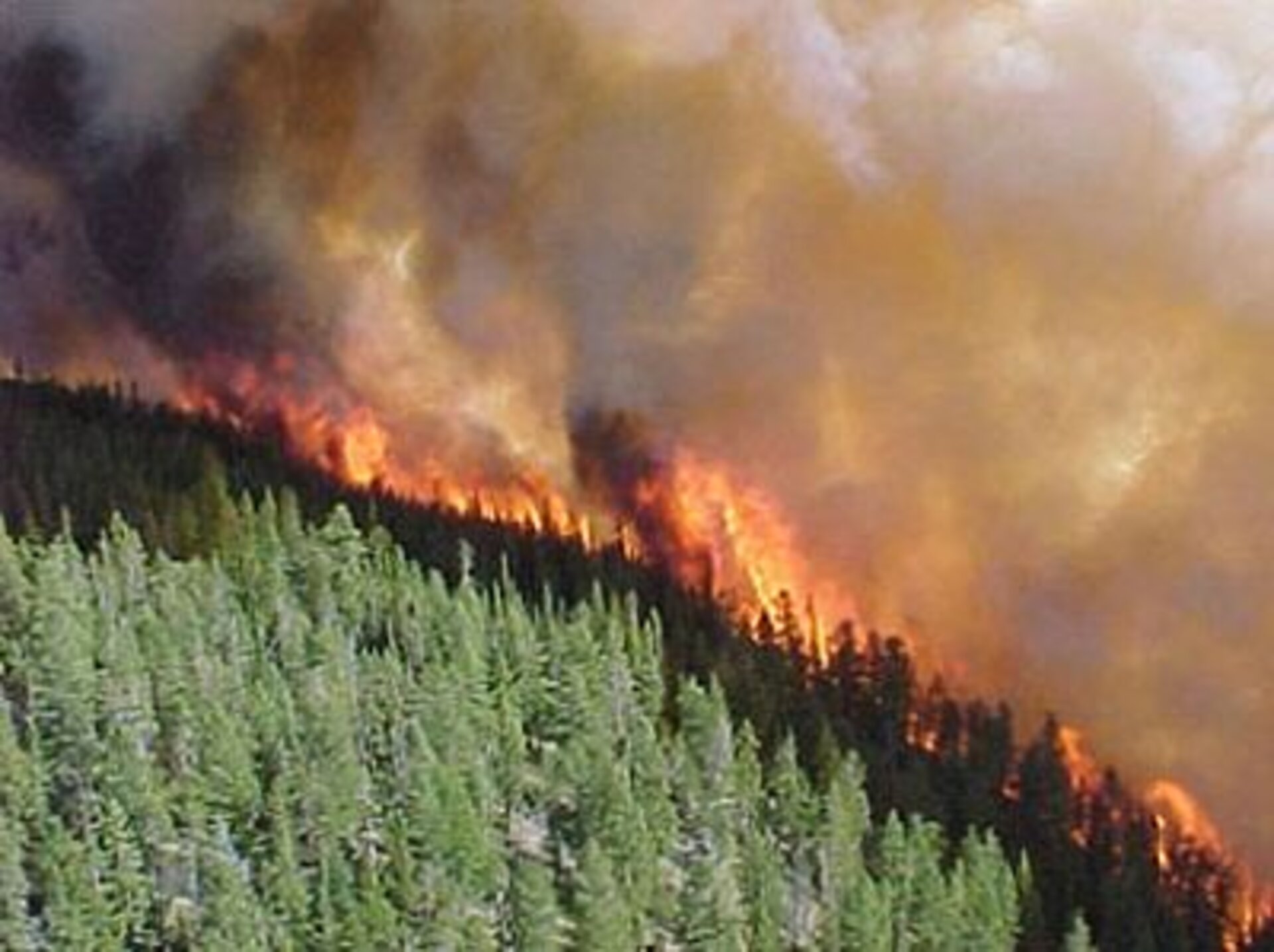 Faced with fire, flood, landslide or other cataclysm, disaster relief agencies around the world are increasingly turning to the insights satellite data can give to assist their efforts. In the run up to a major conference "A European Perspective on Disaster Management," hosted by ESA at the end of this month, we've interviewed several key figures who have fought natural disasters (using space-based assets).

Our first perspective comes from John Flanagan, a Fire Operations Specialist, with the Protection Program of the British Columbia Forest Service.

"We face 3000 forest fires a year in British Columbia," says Flanagan. "94% of which are contained at a small size, but 6% turn into what we call project fires - which demand any and all resources we can deploy to tame them." "With the help of a contract from ESA, which is in part funded by the Canadian Space Agency, we've developed a system for real-time emergency management, using space-based assets. REMSAT can provide command and control and information in areas where the normal infrastructure has been destroyed by fires, earthquakes, tsunamis, flooding - whatever the natural world can throw at us."

Flanagan explains that as well as providing telephone, fax and internet access from the remotest areas, the REMSAT equipment gives access to satellite earth observation images, land use data and topographical models. "Using REMSAT, we can map the perimeter of the fire more accurately than ever before," he explains. "We're combining digital images, terrain models and fuel models - which deploy land use, weather data and vegetative data to help predict how fire will spread over a specific area - with on-the-ground observations using GPS positioning. This means that we can predict the spread of the fire, the damage that is likely to be caused, and any particular danger spots more accurately, and fire control resources more effectively. In the past, we'd request maps or airphotos, and they would be sent out 2-3 days later: REMSAT is a near-real-time system which cuts that delivery time down to hours and minutes instead of days."

REMSAT began life as a project to study the use of satellite communications in disaster management, "but then we added the earth observation and aerial imagery, and built models based on wind conditions and terrain models held digitally. Now we have a unique system, able to predict the volume of timber lost in different scenarios, and warn us of any properties that may be threatened," adds Flanagan. In British Columbia's vast and sparsely populated forests, the potential economic impact of most large forest fires is far greater than the risk to life. REMSAT can help stamp out any risk to life, and minimise the destruction of valuable timber.

As deployed in it prototype phase last year, the REMSAT system is a container, carried by a truck or large helicopter to within sniffing distance of a fire. "We deploy a 1.8m satellite dish aerial, which gives us a 128K data rate, communicating through the ANIKE-1 geostationary satellite," explains Flanagan. "We went operational last August at the Thynne Mountain fire, which burnt out 380 hectares of forest before it was stopped, and moved immediately to the Cool Creek blaze, which destroyed 168 hectares. At Thynne Mountain, we put the equipment on a trailer at 8am, and were operational eight kilometres from the fire-line by 2pm. And redeploying to Cool Creek took us only three hours. As soon as we were there, we were providing information to the incident commander. And that's not only mapping and imaging information: we soon faced a potential hazardous chemical situation, and thanks to the internet access we had available, we were able to provide critical safety and hazard information to the safety commander in a few minutes."

The REMSAT equipment will be in use again this year, and for several more years to come under a generous loan of equipment by ESA. The BC Forest Service has other plans as well. "We need to get this out of the military-style shelter, which can only be deployed by heavy helicopter or a large truck, and we're planning to develop "REMSAT Lite", which will be an airborne unit, packaged in a few aluminium cases which is able to be transported by light helicopters. And in future versions - which you could perhaps use at earthquakes in populated areas - we want to re-introduce handheld user terminals, which will allow rescue workers on the ground to feed back detailed information about the situation in their areas, including emergency medical data."

The REMSAT prototype provides a clear vision of one successful deployment of satellite data in fire management. Later interviews in this series will focus on flood mitigation and civil protection. And to find out more about space-based assets in disaster management, why not attend the conference on 27-28th February?