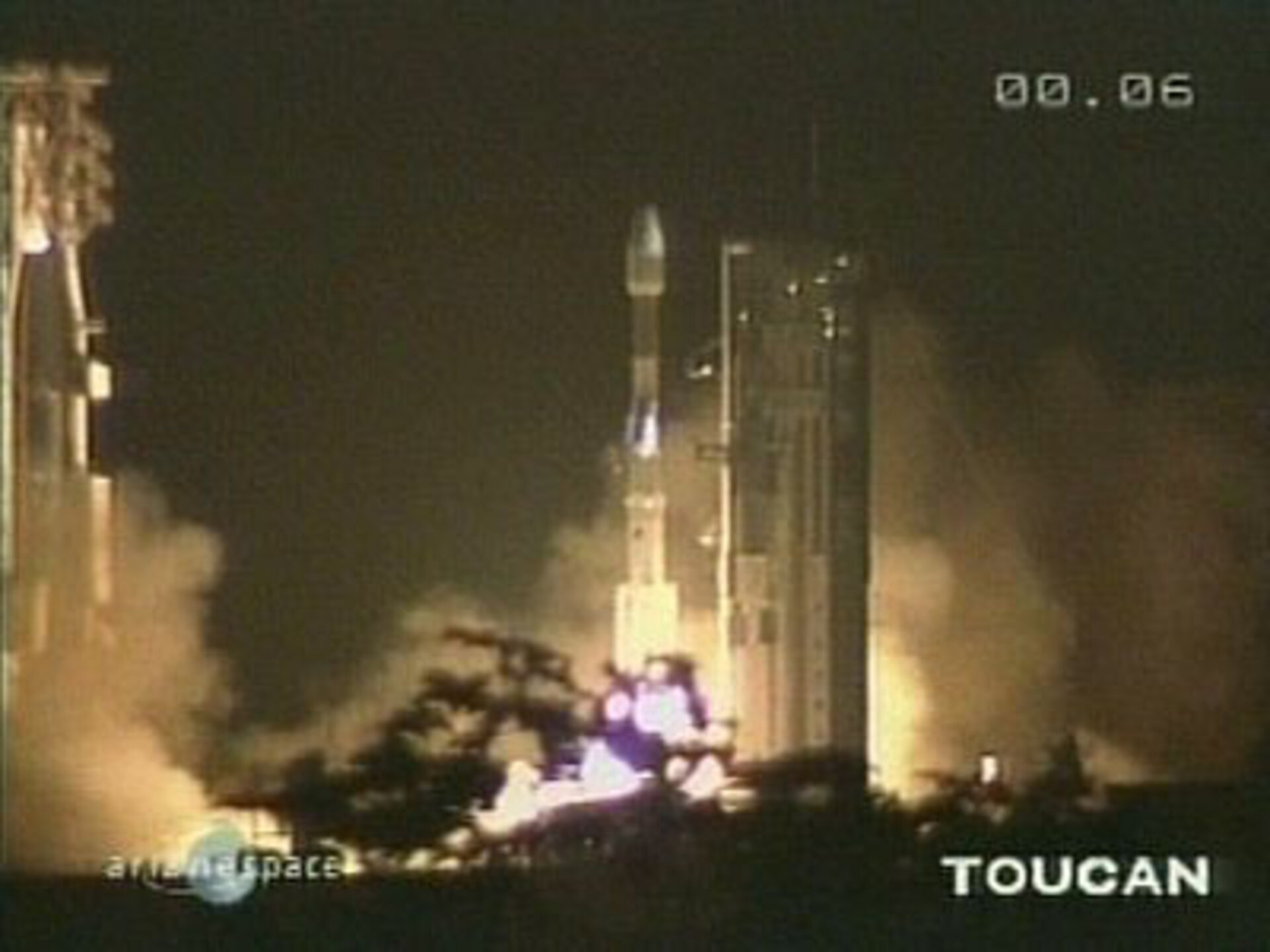 The first satellite launch of 2001 successfully lifted off from the European Space Port at Kourou late yesterday. The Ariane-44P launcher carried into orbit the Eurasiasat 1 satellite which had a lift-off mass of approximately 3535 kilogrammes. This is the first commercial satellite launch of the new millennium and the third Turkish satellite to be boosted into orbit by an Ariane launcher.

Eurasiasat 1 is equipped with 32 high-power Ku-band transponders for broadcast via two fixed beams and two steerable beams, making it one of the most powerful telecommunications spacecraft produced in Europe. The fixed beams will cover Europe, Turkey and Central Asia, while the steerable beams can be pointed to areas in the Middle East, Russia, India and South Africa - wherever new markets are to be found.

Flight 137 is the 60th consecutive successful launch for an Ariane-4 – a world record for reliability. A further 14 Ariane-4 launches are scheduled to take place before the vehicle is finally phased out of service.