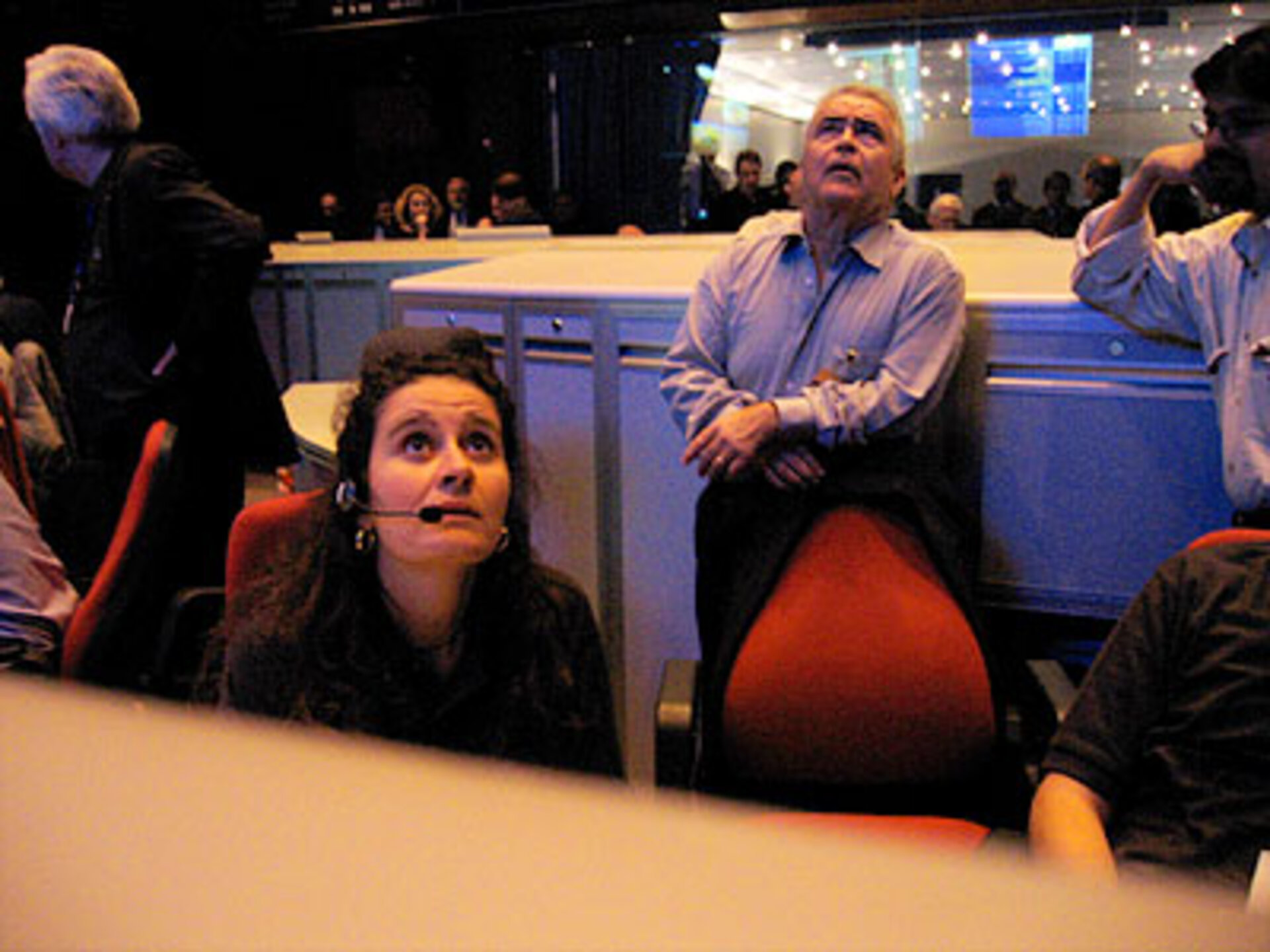 The landing of the Huygens probe on Titan made it onto the front page of nearly every newspaper in Europe and drew record numbers of visitors to the ESA Portal – 919 000 external visitors, and 6.8 million page views, on 15 January alone. All over the world millions watched on TV the excitement at ESA’s Operations Centre in Darmstadt.

Cassini-Huygens on the ESA Portal

Despite peaks of nearly 3000 hits and 309 megabits per second, thanks to our caching network we were able to maintain a maximum response time of 1.4 seconds for www.esa.int.

The record traffic did bring some problems, for example the ESOC control room webcam was overwhelmed and was moved to a new server to handle the traffic.

We received many hundreds of emails during this week. We cannot respond individually to all your mails, but we would like to thank all those who sent messages of congratulations to ESA and its international partners NASA and ASI. We also received constructive criticism in order to spur us to do even better next time around. Your good suggestions will be taken into account.

We received a number of exciting interpretations of images from professional and amateur astronomers worldwide, and these have been passed on to the Science teams.

Cassini-Huygens is a truly international adventure, and this partnership is reflected on the web. Material on all the highlights of this joint mission is published in parallel by ESA and NASA.

A big thank you to all our visitors from all over the world – we hope that you keep visiting the ESA Portal to learn more about Titan as the scientific teams continue to analyse the data, and to find out more about the Agency’s other activities. A quick way to keep up with our news is to subscribe to our mailing lists, in your preferred language.

Interest of the international media

The international media (written press, radio, television) have shown a huge interest in this spectacular mission. The Huygens landing was on the front page of many newspapers all around Europe and the United States (The Sunday Times, Corriere della Sera, FAZ, Washington Post, to mention but a few). Hundreds of interviews were released by ESA specialists and spokespersons during the whole weekend to all major national networks in Europe, and to a wide range of international networks from the United States and Canada to Japan throughout the Arab world, down to Australia and New Zealand.

Hundreds of requests from media all around the world for video and photographic material were also promptly served.

Media events at ESOC – a day never to be forgotten

The focus of media attention was ESA’s Spacecraft Operations Centre (ESOC) in Darmstadt, which turned into a huge pressroom with 323 media registered and present on 14/15 January. The journalists shared the excitement of the day with over 350 guests from all over Europe and the United States, cheering and clapping when the first signal from the radio telescopes was announced in the morning.

The fever reached a climax at 17:30 CET when ESA Director General Jean-Jacques Dordain and Mrs Edelgard Bulmahn, Federal Minister of Research and Education of Germany, confirmed the reception of the first scientific data. Tears of joy came to the eyes of many scientists and guests. The first picture was unveiled to the enthralled media and guests close to 21:00 CET.

The day started with a first live report from CNN at 08:00 CET on 14 January; when the communication teams left the building at 01:30 on 15 January, the BBC was still reporting - 17 hours of shared excitement! Altogether millions of TV viewers, radio listeners and web visitors all over the world got a flavour of the first descent onto Titan ever made. A day never to be forgotten!