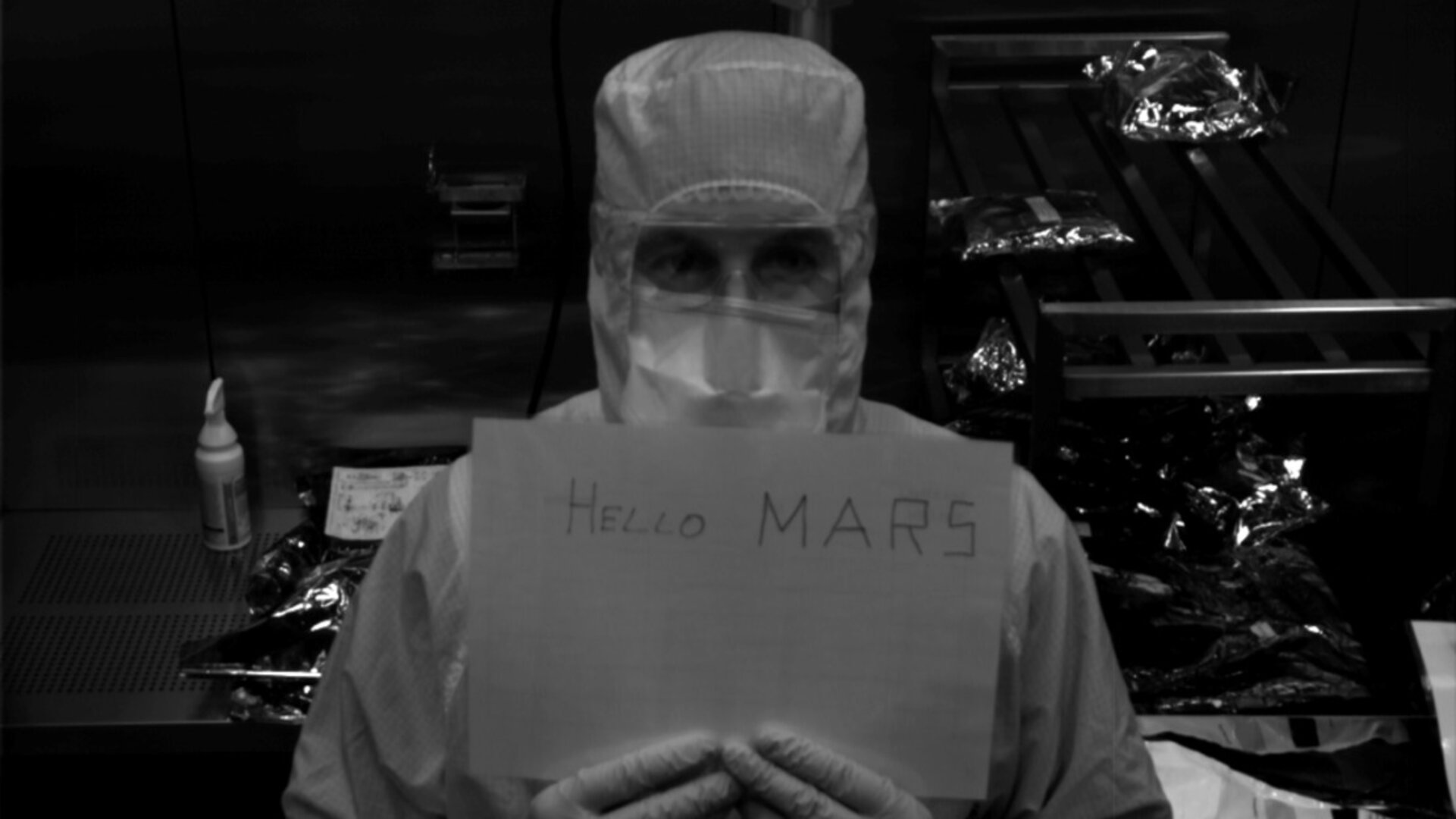 The Rosalind Franklin ExoMars rover has completed its construction activities in the UK and will now depart to France for testing under the conditions of the Red Planet’s environment.

The final pieces of the rover’s scientific suite of instruments were attached at the Airbus Defence and Space site in Stevenage over the last weeks. The finishing touches included the ‘eyes’ of the rover: the high-resolution cameras that will provide panoramic and close-up images of the terrain that the rover will explore once on Mars in 2021.

The primary goal of the mission is to determine if there has ever been life on Mars, and to better understand the history of water on the planet. The rover will seek out interesting geological locations to examine with its scientific tools and to drill to retrieve underground samples, on a quest to tackle these questions.

As such, the rover was assembled in a sterile cleanroom under stringent cleanliness rules to avoid that organics, including traces of human life, are accidentally carried to Mars and contaminate the samples.

After 18 months of activities at Stevenage, the rover has now been sealed up and waved off from the UK. Its next stop is Airbus Toulouse, France where it will undergo four months of intense testing to confirm it is compatible with the mission operations and the martian environment.

“Completing the build of the Rosalind Franklin rover under the strict cleanliness requirements, with all the science instruments onboard, is a major milestone of our ExoMars programme. It is thanks to the dedication of all the teams involved that we are able to celebrate this moment today,” says David Parker, ESA’s Director of Human and Robotic Exploration.

“We’re looking forward to completing the final rounds of tests before the rover is declared flight ready and closed inside the landing platform and descent module that will deliver it safely to the surface of Mars.” 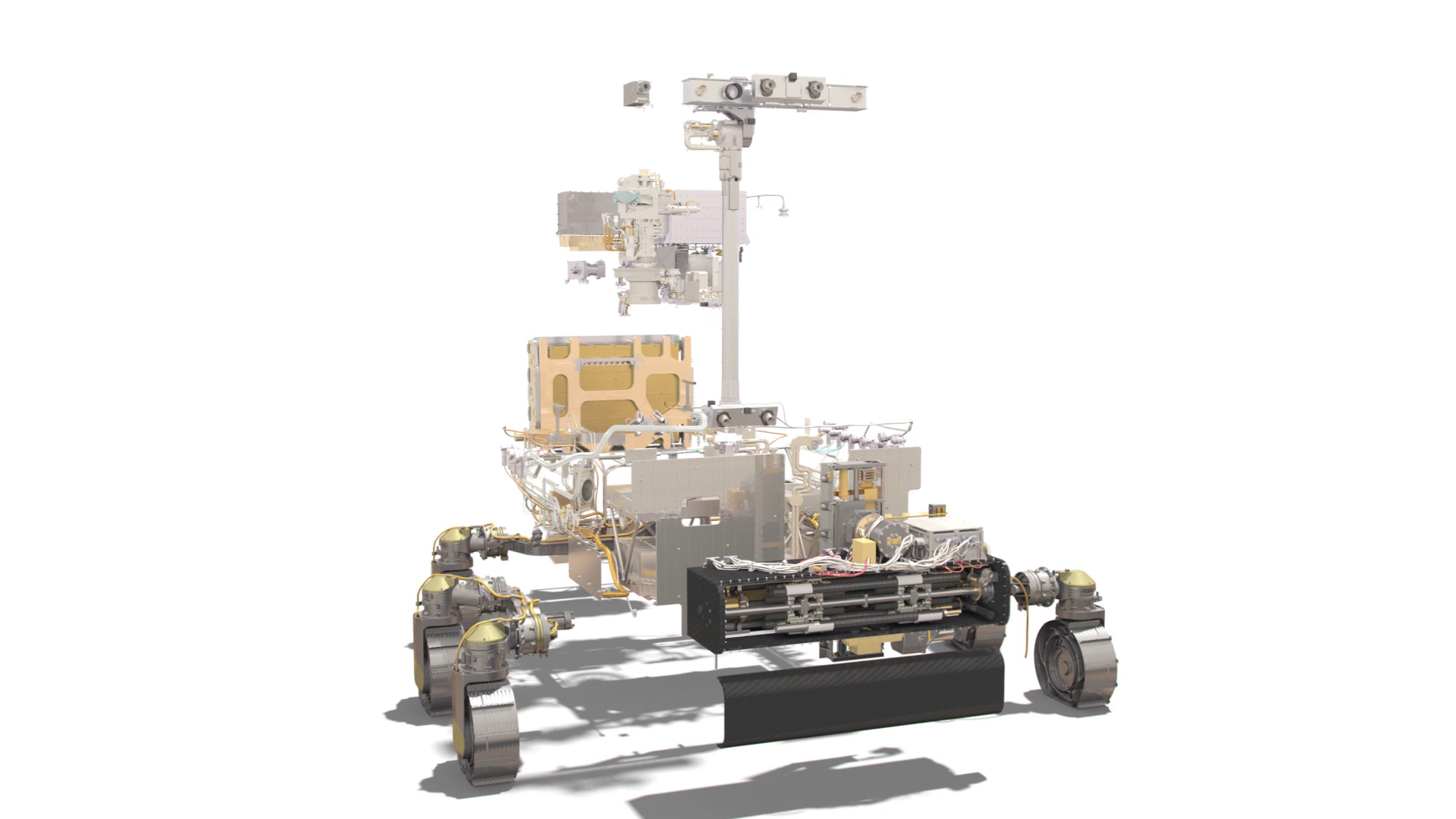 Replicating Mars on Earth
The next round of tests will be conducted on vibration benches and in a chamber to simulate the range of environmental conditions expected on Mars. The rover’s instruments must work in an environment that is much harsher than experienced on Earth. For example, Rosalind Franklin can expect temperatures dropping to –120°C outside, and –60°C inside the rover. It must also be able to operate in less than one hundredth of Earth’s atmospheric pressure – and in a carbon dioxide-rich atmosphere.

In parallel the composite spacecraft comprising the carrier module, descent module, surface science platform and a replica rover will also undergo environmental testing to confirm it is ready to endure the environment of space on its eight-month journey to Mars.

Last year the ‘structural and thermal model’ of the rover successfully completed a rigorous environmental test campaign. Earlier this year, the analytical laboratory that will process and analyse the drilled samples inside the rover also completed a series of tests to verify that the mechanisms and instruments during science operations can produce satisfactory results under these challenging conditions.

The mission is foreseen for launch in just under a year from now (the launch window is 26 July–13 August 2020) on a Russian Proton-M launcher, arriving at Mars in March 2021.

Notes to editors
The ExoMars programme is a joint endeavour between ESA and Roscosmos. The rover integration was completed at Airbus Defence and Space UK with Thales Alenia Space supplying the Analytical Laboratory Drawer, Leonardo providing the drill, OHB the complex laboratory mechanisms and nine different instrument teams from ESA Member States, NASA/JPL and IKI/Roscosmos providing the payload.

Once the rover has fully egressed from the Russian landing platform onto the surface of Mars it will be controlled from ALTEC in Italy. Science operations will be coordinated between ALTEC and the payload instrument principal investigators by ESA, with the support of Thales Alenia Space in its prime contractor role for ExoMars 2020.

In addition to the 2020 mission, the ExoMars programme also includes the Trace Gas Orbiter (TGO) launched in 2016. The TGO is already both delivering important scientific results of its own and relaying data from NASA’s Curiosity Mars rover and Insight lander. It will also relay the data from the ExoMars 2020 mission once it arrives at Mars.